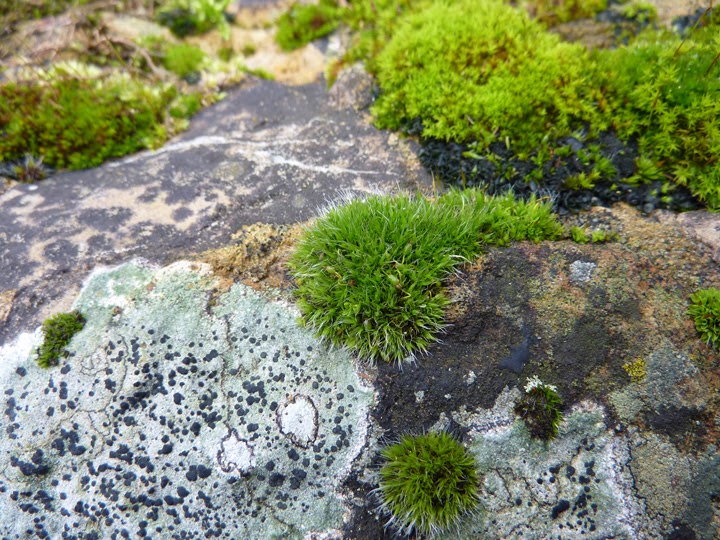 A few years ago I sat down and tried to work out how many species I had recorded in the UK - what I had seen comprised mostly of birds, plants, dragonflies, butterflies and moths. A trawl through my notebooks (plus a dredging of my memory) pieced together additional species, from such obvious groups as mammals, fish (from when I briefly went fishing) and large, showy and easy to identify insects (such as Stag-beetles). My total meant little other than I had a working list plus had kindled a curiosity to add to it - after all, when you start to look through any book on a group of species that you know little about, it is easy to fall under their spell.

It was some time later that I came across Mark Telfer and his collation of such lists from a handful of naturalists. I referred to my own list and was surprised to see that I had a competitive total. I sent him my list and saw it proudly enter the chart (it wasn't known as pan-listing then) at number seven. A dizzy height that I was soon to fall from with some rapidity.

This caught my imagination and I was soon out looking for things that I would have ignored in the past - fungi, beetles, mosses, wasps, flies - which greatly enhanced my experience, enjoyment and knowledge. It also made me realise that birdwatching is most probably the easiest group to master, as some of these 'new' orders either didn't possess a field guide or they could only be identified by the use of a degree in algebra, Latin and a microscope. But hey, if I stumbled across an area that I found too challenging (which were many) I just looked away. There was more than enough to do elsewhere.

Pan-listing, as it became known, now has a 'league table' of 50 naturalists - but it isn't really about 'how many' or 'where you sit in the table'. It is about a shared enthusiasm for the diverse natural world that we have in the UK; it is about enjoying field trips together, swapping sites and alerting your peers to events, courses and newly available resource. There is a thriving Facebook group and the exciting development of a soon to be launched website.

If you have ever thought about putting together your own pan-species list I would urge you to do it. You will find yourself entering into areas of study that you will never have contemplated. You will open yourself up to stunning species that you never knew existed. And maybe, most importantly, by recording these often neglected groups, you will add to our knowledge of their distribution.

By the way, do not think for a minute that the pan-listers are a bunch of know-it-alls who will magnify any lack of knowledge that you possess. They are almost to a person helpful, friendly and inclusive. And I am always an example of one who exhibits a woeful lack of ability in many areas of the UK fauna and flora - and they are kind to me!

Please click here for further information of what it is all about.

Unknown said…
Some time ago, I promised Mark Telfer my total as soon as I got my house in order. That house is still being put in order after all this time.
14 February 2014 at 17:28

Steve Gale said…
In that case Andrew, do the list first and the house afterwards ;-) I think that your species composition will be of great interest
14 February 2014 at 19:34

Stewart said…
Man my head is battered with my lists. I am trying fill in a proper list in a spreadsheet. Insects, Plants and fungi are a problem and taking forever. The higher animals are a doddle, but I havent even begun seashore and river inverts molluscs etc. Is going to be a long haul. So far I am envizaginga total around the 2k mark? Watch this space...

Steve Gale said…
The list compiling is part of the challenge Stewart. And come August you must come down for the chalkland butterflies and plants...
14 February 2014 at 20:01