Am I becoming a pan-species tourist? 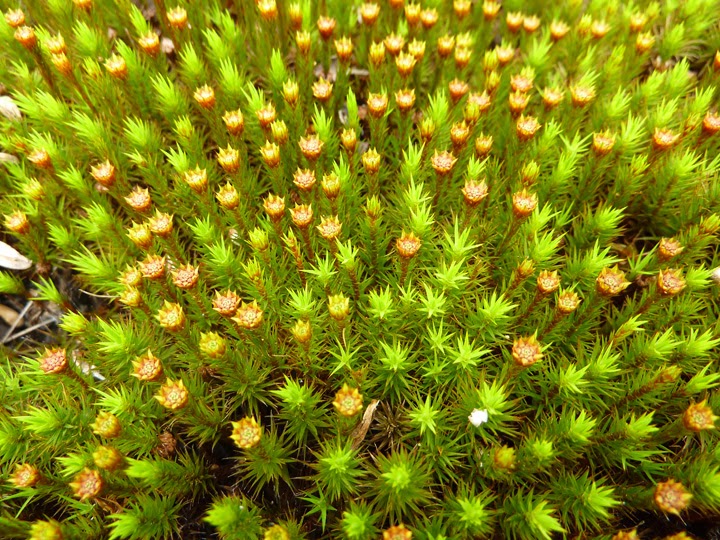 This is how my 'pan-species' list has been compiled:

Firstly, through many years of birdwatching, I had gathered a British list. Secondly, an interest in butterflies (and then moths) mushroomed into another list. Thirdly, a decision to look at plants became an obsession that took me all over Britain, gathering - yes, yet another list. I put all of these together to produce my first 'pan-list' (although I didn't think of it as such back then, just another list to join all the other lists). Curiosity then got the better of me and I tried to recollect all of the other life forms that I had seen. This comprised mostly large, easy to identify species - mammals, a handful of fungi, dragonflies, that sort of thing.

Then things took off. Mark Telfer's collation of such listers got me all excited and I tried my hand at other things, such as fungi. Up until this point most of my records were self-found and self-determined.

Then things became more difficult. If I thought acrocephalus warblers and pugs were challenging, they weren't a patch on fungi, beetles, flies, mosses and lichens. These were orders that included many, many species that could only be identified with certainty by examination of critical features, some which necessitated microscopic observation, spore printing or the need to be immersed in chemicals. Not for the faint-hearted or the time poor. It soon became clear to me that, to be sure that I was identifying species correctly, I needed to be in the company of experts at least at the beginning of my time with these difficult groups.

The first pan-listers get together in Sussex (2012) was an eye-opener. Here I met people who were so well up on their natural history knowledge that it made me realise my own short comings. I was a good birder, competent with macro moths and able to put a name to most flowering plants (but not grasses and sedges!) Here were people who knew their micros (even leaf-mines) and could put a name to almost every leaf or blade of grass without the need to see a flower. Oh, and almost everything that moved. I was impressed.

For me, to tackle something new - like moss - takes time. Latin names do not stick in my brain very easily. After a while all moss starts to look the same. So I have started to get out into the field with people who do know, hoping that some of their knowledge will trickle down into my memory bank. I'm not aiming to be able to put a name to everything that I see, more a case of being able to place it in a family. I can then have a go at trying to be more specific. Last Sunday's LNHS outing was good. Patient fellow naturalists explained what they were looking for and how to find it. I came away with a list of new mosses and liverworts - none self-determined. Tomorrow I am spending time with Graeme Lyons and Seth Gibson at Ditchling Beacon for another bash at mosses in the company of the enlightened. I will come away with another list of new mosses - again not self-determined.

There is a temptation to seek out field trips that are run by, and populated by, experts in the obscure and difficult - mosses, fungi, lichens - that would lead to many hundreds of pan-lister ticks coming my way. This slightly unsettles me. My reasons for doing this is not just to amass lifers. It is to become more proficient at putting the rightful name to a species, which, apart from being satisfying, also creates a meaningful record for a database. I cannot see any other way of getting 'an in' into such difficult groups as mosses than by going about things in this way.

Birds, moths, butterflies and plants are all more forgiving to the beginner. There are difficult groups in each but also many easy-to-do species which, after a short while, build up your experience, leading to taking on further challenges. This is not so easy with moss. So, for the time being I need to become a pan-listing tourist and visit the bryological theme-park, where kindly souls 'show-and-tell'.
moss pan listing

Bryophytes are one of my most satisfying groups. You'll be getting a compound microscope before long!
26 February 2014 at 20:31

Rachel Bicker said…
Sounds like a much better way of exploring Blighty! Agreed about the field trips and courses, much more gratifying to apply acquired knowledge on your own or with smaller groups of people :-)
27 February 2014 at 09:21

Steve Gale said…
I did enjoy the day thank you Andrew. And I have got an old bog standard microscope.
27 February 2014 at 20:56

Steve Gale said…
It helps if you have patient and knowledgable people to help attain this knowledge Rachel. Luckily for me I've had a few such people with me this week.
27 February 2014 at 20:57