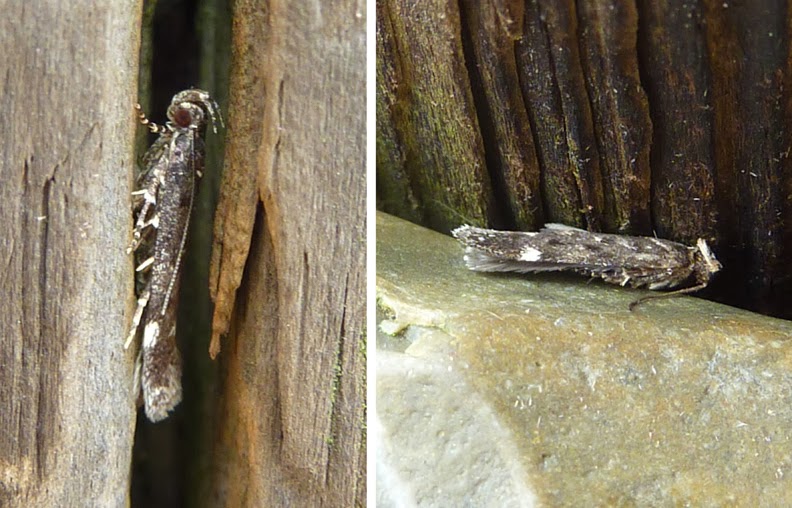 Last July, at Dungeness, I came across a number of micro-moths that were active in the catching-box of a heligoland trap. This was during daylight hours and the moths were flying up against the clear perspex cover of the catching box. Had they all just emerged and were trapped? There were maybe 15-20 of them, all very jumpy and all of the same species. I managed to get the photographs above. I have so far been unable to identify them. The nearest I can come to is a species of Swammerdamia,  Paraswammerdamia or a Batrachedra praeangusta  (the latter my favourite, but any pictures I've seen of this species do not exhibit such a large and prominent white spot on the forewing). Any ideas anyone?
Moths

Billy Dykes said…
A nice find, Steve- this is the Gelechid, Neofriseria peliella, as far as I'm concerned. I believe the species has one of its only strongholds along the beach at Dungeness.

Steve Gale said…
Bloody hell Bill, I'm impressed. Even with your suggestion, a search of the web throws up very few images and it matches! I owe you a pint young man...
20 February 2014 at 23:33