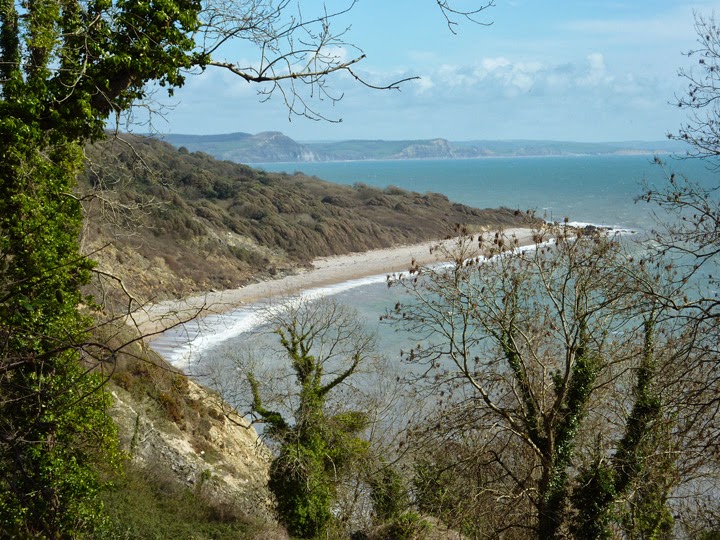 I've just spent the weekend on the Devon/Dorset border. On Saturday I took my brother-in-law Bill on the seven mile hike from Seaton to Lyme Regis on the undercliff footpath. We were blessed with glorious weather (until a bruising hailstorm ambushed us at Lyme Regis). This area has a well documented history. The unstable nature of the geology of the area has lead to landslides, slumps and slippages along this section of the cliffs, with major events occurring in 1775, 1828, 1839 and 1840. The 1839 slip was most probably the most celebrated as it happened on Christmas Eve and was visited at the time by two geologists (Buckland and Conybeare) who surveyed it. The area of land affected was over 1,000 yards in length and took whole fields down with it. The following autumn these fields were harvested in celebration of the event, which had by then attracted thousands of site-seers.

Most of the footpath is wooded, meandering up and down through mostly beech and ash in a grotto-like setting, streams and fern-choked banks lending the walk a magical air. But be warned - the land is still slipping and at any time the path can show cracks and collapses. Indeed, we were faced with a number of tricky moments at the Seaton end of the walk and I believe that the path is now closed here. You can still walk most of it from Lyme Regis however, but check with the tourist board first!

There were two botanical highlights, with one fairly good patch of Wild Daffodil (below) and a couple of places in which Opposite-leaved Golden-saxifrage could be found. Singing Chiffchaffs and Blackcaps could have been freshly in. You cannot wander from the path. To do so would be highly dangerous as the ground is steep, broken and choked with vegetation. It does make you wonder as to what could be found here. 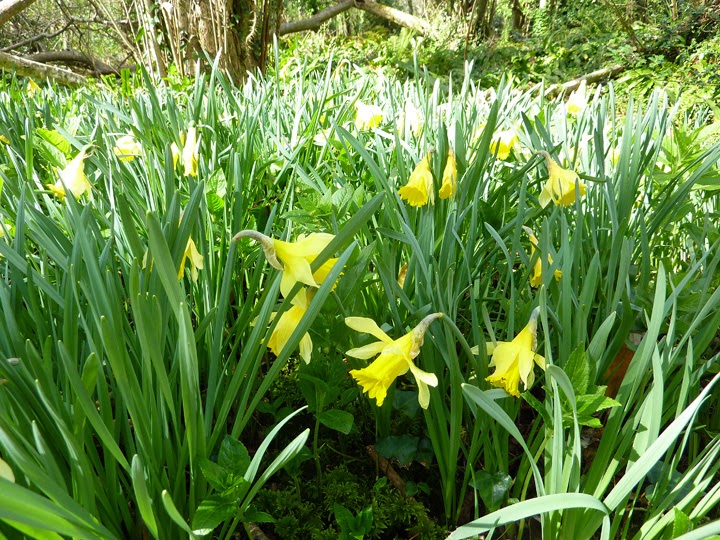