Today, Katrina and I visited Wakehurst Place, Kew Gardens 'annexe' in West Sussex. It is here that the Millennium Seed Bank is held, where over 2 billion seeds are stored and the national collections of several plant families are maintained. As much as the manicured flower beds, walled gardens and arboretums are wonderful to behold and lose yourself in, this post mainly deals with the 'wild' side of the gardens.

At the northern end of Wakehurst is a designated nature reserve which encompasses part of the Loder Valley. A single observation hide overlooks a wooded lake, a sizeable area of reed and bulrush has a raised walkway through its middle and the waterside vegetation is truly wild. An antidote to the manicured and alien world to the south... although, the gardens themselves have plenty of wild areas left, be they un-mown banks full of wild flowers or large open meadows, as can be seen from the images below.

The area around the Seed bank is particularly interesting. Outside of the building are a series of raised beds that mimic varying habitats - so we have a shingle beach (just like Dungeness!), Heathland, Chalk Grassland, and so on. My favourite was the Arable bed, full of Field Cow-wheat (below), Field Woundwort, Thorow-wax and Weasel's-snout. And guess what? These rare plants like it here! They self-seed! The neighbouring paths, beds and walls are now home to liberated individuals - if you adhere to Wild Flower Society rules, all perfectly tickable. 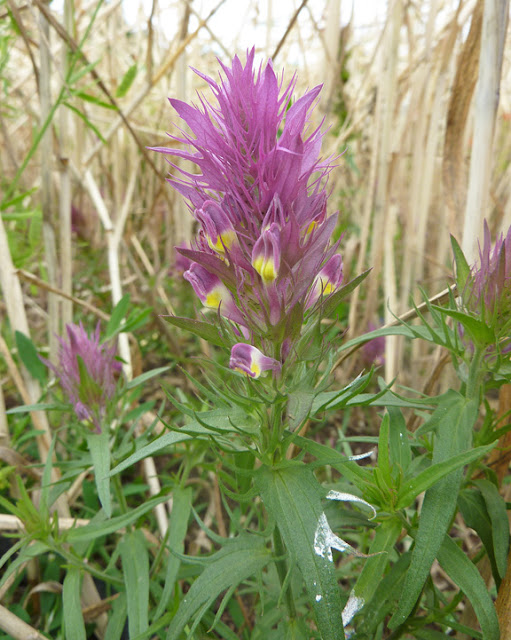 The Seed Bank building is worth a visit. Apart from the obligatory interpretation boards, large glass panels allow you to look in on the scientists and botanists at work, unpacking, drying and storing the seeds, vital in maintaining the long-term safety of vulnerable species.

I forwarded your blog to a friend who was at Wakehurst last week and he was very impressed with your write up, thought you captured the place very well.

Thanks Derek. Glad that your friend agreed with the write up. I know it's quite a way for you to travel to, but if you are in the area it is well worth a visit - apart from the high parking charges!!

Thinking of going this weekend, with my partner living near Camberley, it's pretty much the same distance if we go from her house or mine.