The Panasonic DMC-TZ7 came into my possession in April 2010 - it was during the time that the Icelandic volcano Eyjafjallajokull was sending ash up into the atmosphere and cancelling flights across the UK. That has absolutely no relevance to my purchase, but gives you, the reader, a flavour of what was happening at the time (ash flavour, as it goes). In those seven years it has performed admirably, and has the best macro facility on any compact camera that I have seen. Its small size means that it can comfortably fit into a pocket and be carried effortlessly around chalk downland, up hills, through woods and across shingle. But it has tried to leave me three times now...

ONE I was sea watching alone one early May morning at Dungeness, stood outside of the first hide. It was quiet, so I walked up to the patch hide (some 300m along the beach) to spend a bit of time looking through the gulls and terns that were feeding at the power station's water outfall. After an hour I decided to head back to the observatory, but half way along the beach realised that I didn't have my rucksack with me - inside of which resided both my compact and bridge cameras. I trotted back to the patch hide but on arrival (there were no other birders there) it was obvious that there was also no rucksack. My frantic search along the beach for a fleeing thief drew a blank. It then dawned on me that I might have left it, over an hour ago, outside of the first hide. My walk back was not full of hope, as the beach was swarming with fishermen and it was inconceivable that the hide had remained unvisited. But on arrival, there was the rucksack, and inside were the cameras.

TWO After a days snapping at plants, a check on the images were disappointing indeed. There were numerous marks and blemishes on each and every one, and I cursed myself for not having cleaned the lens. But a check on the lens showed it to be squeaky clean - the dust was inside the camera. So I obtained a few quotes to have it cleaned, and £150 seemed to be the going rate - no way! I went online and found a site that took me through, step-by-step, how to dismantle, remove the dust, and reassemble the DMC-TZ7. I had nothing to lose and possessed a set of tiny screwdrivers. Within ten minutes it was job done and the camera was back to producing images to be pleased with once again.

THREE Yesterday, I told the sorry tale of a day's worth of photography being out of focus and my conclusion that the camera's days were over. I almost threw it away last night. But this morning I thought that I'd give it a last run-out, just check that it really was knackered. There was some Jelly-ear Fungus growing on dead branches in the back garden, so I rather half-heartedly pointed the camera at it and snapped away without any consideration to the light or composition. 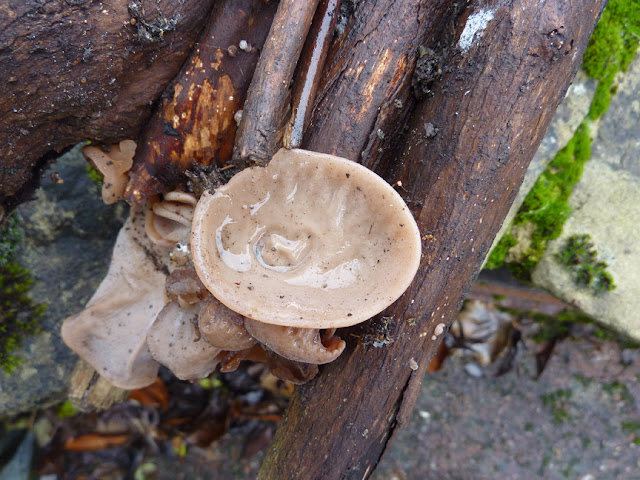 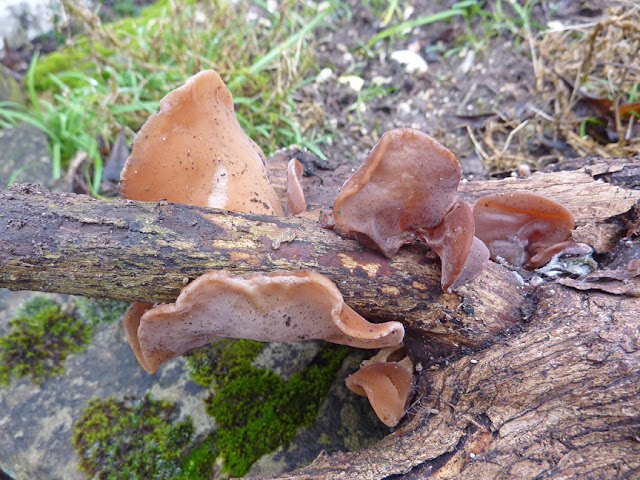 Neither images are award-winners, but the camera is back! What happened yesterday I do not know. Maybe a setting was knocked out. It might have been down to the low-light and drizzle. It was most probably user error. But whatever it was, welcome back DMC-TZ7. A pocket full of convenience and budget excellence!
at January 31, 2017

Excellent pictures. I remember the flying band coinciding with a period of bright weather, and how empty the sky seemed without contrails

Never easy to part with a good camera, especially one that's given good service over a long time. Glad it's returned to the land of the living once again. 9 lives not only applies to cats it would seem :)

That was a surreal time Simon

I'm very happy to have it by my side still. It cannot go on much longer though, these things aren't designed to :-(