The pros and cons of birding 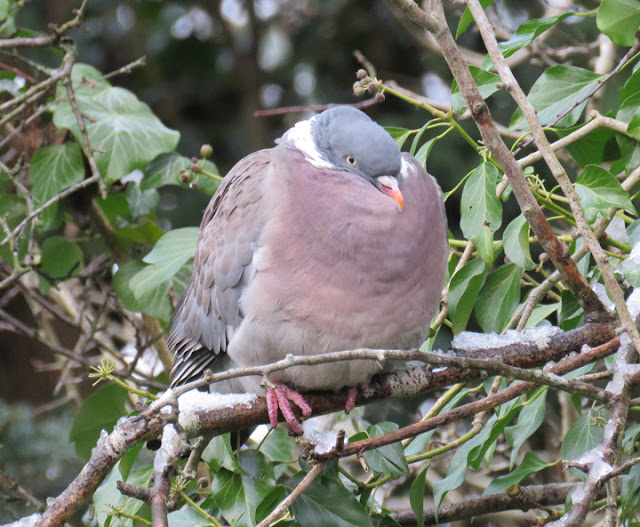 Birdwatching. Birding. Looking at birds. Call it what you will. That such a simple task can spawn a hundred and one ways in which to do it is no mean feat. That, I suppose, is a typical human construct, for as much as we are free thinkers, we are wedded to the herd - so it is expected that we will gravitate towards a grouping of mindsets. These are but a few that can be found in our little world:

The patch worker
This grouping (of which I am one) walk around with an air of superiority about them. They don't travel far from home (because they cannot be bothered), they find their own birds (because there's nobody else looking) and contribute to the understanding of population levels, migration routes and bird behaviour (because they can make up sightings and numbers as there's nobody else counting). Some times a patch is heavily subscribed with other patch birders, in which case they can gather together and glare at the non-regulars whilst urinating up fenceposts to mark their territory. Pros: rewarding and terribly worthy. Cons: you might not actually see much.

The birding tourist
This grouping will not know where they are going to go birding until the night before. They are not twitchers per se, but will be guided by what 'good' birds are on offer within striking distance of their homes. Dungeness is full of them, and at the moment they can be seen going from Long-eared Owl, to Ring-necked Duck, to Caspian Gull, to... you get the picture. If a flock of Waxwings turn up in Hythe (as they did) they will be there shortly afterwards. This grouping are hedging their bets and ensuring that the birding year will be full of birds. They will also see the same faces at each and every bird.  Pros: easy good birding. Cons: constantly with the crowds and liable to be rounded up by a shepherd with his dog.

The twitcher
They will not know where they are going to go 'birding' until the last second, but the stakes are high as are the costs involved and the distances travelled. As much as this form of birding is poison to me now, I did once partake, and through doing so have seen some amazing birds and visited a number of stunning places that I wouldn't have otherwise. However, the birding time can be broken down to 75% travel, 20% waiting and 5% birding. I would argue that this form of birding is neither restful nor productive and as we, the birder, are supposed to be 'green' members of society, it is not very good for a healthy carbon footprint. Pros: big life list. Cons: stress and more stress. Your children will not recognise you. You will most probably be near pensionable age, so mind the stress (see start of list).

The extreme lister
You can start small, with a gentle 24-hour blitz to see how many species you can record in a day. If you enjoyed that, why not up the ante and try for an impressive UK year list. Or you could kick the walls down and go mad: why not partake in the American Big Year (John Weigel smashed the record in 2016 with 780 species) or even crazier, attempt a World year list, but you'll have to go far to beat Dutch-birder Arjan Dwarshuis's record total of 6,834 species which was amassed last year. Another group of extreme-birders are undertaking a big Western-Palearctic year list for 2017. Mad? Dangerous? Free spirits? Yeah, just mad. Pros: memories to last a lifetime. Cons: stress, loss of money, partner, wild hair, personal hygiene shot, mad eyes.

You might be wondering what relevance the photograph of the Woodpigeon has with this post. None at all. I took it the other day when the snow fell, and I don't think I've ever seen a bird look so dejected...
birding

Tony Brown said…
I'm often seen urinating up fence posts, but this is usually more to do with Friday nights alcohol consumption than marking my territory
16 January 2017 at 14:25

Chris Janman said…
As a sub-section of the tourist, the year-lister ( sorry Steve ), why one has to see every species in the home county/country every year is beyond me, leave the sensitive species in peace please, anyway what happens to your list when you die, there's a cheerful thought for you ?
16 January 2017 at 17:30

Steve Gale said…
Lepidopterists paint an alcohol and treacle potion on posts to attract moths... sounds like you've come up with an easier option Tony.
16 January 2017 at 18:02