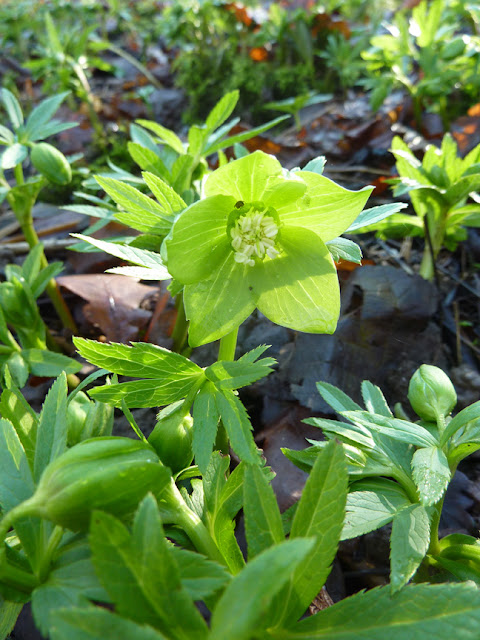 The grey, wet murk of the past few days had finally sodded off and ND&B-land found itself basking in a low, blinding sun. Out came the bins, on went the ruck-sack and I hot-footed it up to Epsom and Walton Downs for a mornings aimless wander. I needn't have taken the bins as the birding was dire. However, as befitting a winter's morning playing at being spring, I sought out a patch of Green Hellebore that is present in a small wood on the lower slopes of Walton Downs. Only a couple of flowers were open (above) with most of the small population a little way off from flowering (below). 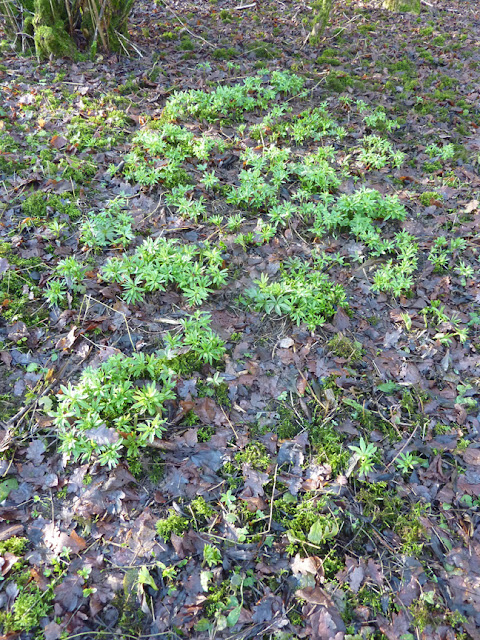 The Woodland Trust seem to have upped the ante in the creation of their Millennium Woodland on parts of the downland farm fields (click here to find out more about this project). Piles of posts and plastic tubing were lying in strategic positions, but the dead give-away were a number of posters along the public footpaths, inviting volunteers to come along for tree-planting sessions later in the month. The fields that hold the rare arable plants are going to need a helping hand if they are going to survive. When the land was farmed, a shooting syndicate had permission to shoot over the area - this meant that the farmer left wide margins around the field edges, didn't overdose on chemicals and planted strips of sacrificial crop (to produce seed for the Pheasants, Red-legged Partridges and Wood Pigeons to feed on). The by-products of this were that the rare arable plants thrived - as grasses could not get a toe-hold to compete - and in winter flocks of finches fed on the readily accessible seed. No longer. And the 1-3 pairs of Lapwing that used to breed here failed to appear in 2016. I fear that this gem of an area is going to lose more than a few notable species. 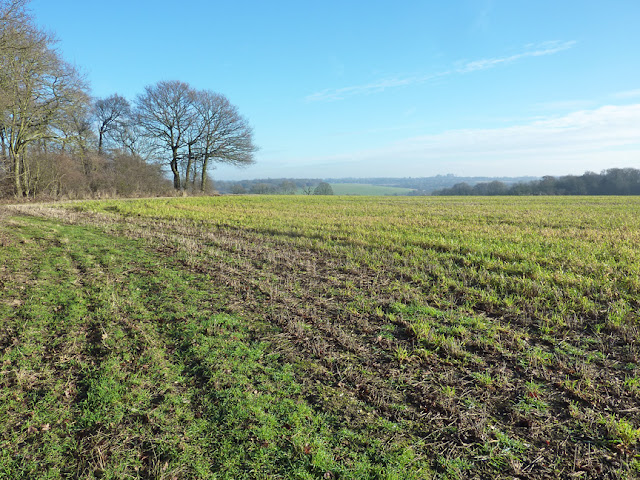 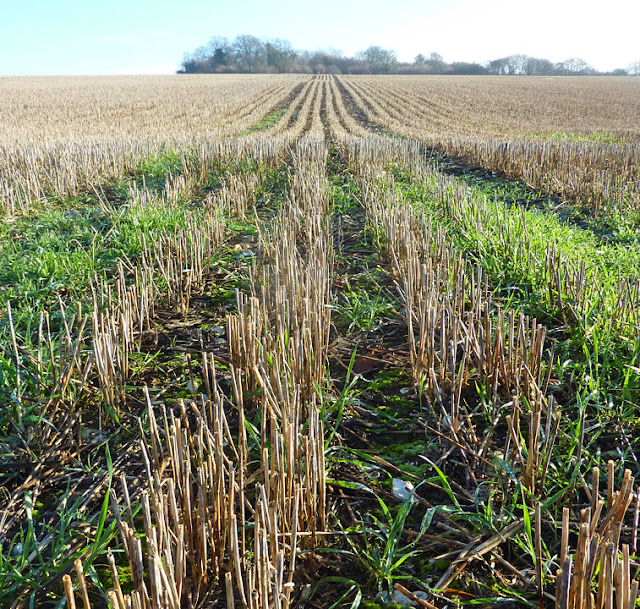 Mick Lacey said…
Nice photos of Green Helebore Steve. I clicked on your link, hopefully the Woodland Trust will class arable weeds in their " carpets of wild flowers" , I did have a chuckle at the reference to Lapwings though.Tree nesting Lapwings might be a challenge.
17 January 2017 at 18:20

Steve Gale said…
Mick, they are aware about the arable plants on site, but when they actually get around to doing something about preserving them it might be too late for many of them
17 January 2017 at 18:57

Gibster said…
Opening line from that link, "We are creating England's First World War Centenary Wood on the edge of the Epsom Downs, in Surrey, but we can't do it without your help." Opening line from the response the world should be telling them, "So don't bloody well do it then". Guess they know their percentage of Surrey's breeding Lapwing population has fallen very significantly since they turned up? I was against this project from the very first time I heard about it and still am. Who the hell is this memorial wood supposed to be aimed at? Just how many people who fought in WW1 are even still alive today? Will the planting of these woodlands make them feel any better? Ridiculous. Don't plead patriotism for these schemes coz I still ain't buying it.
18 January 2017 at 20:33

Steve Gale said…
I will reserve judgement until the project is completed Seth, but I don't hold out much hope.
18 January 2017 at 20:43

Mick Lacey said…
In many ways I can understand someone looking at your last photo and seeing just an arable field, and thinking nothing special there. It would seem that is what the Woodland Trust have done as well though. Reading about this from afar it's hard to see you not ending up with something less than you already have.
19 January 2017 at 09:30