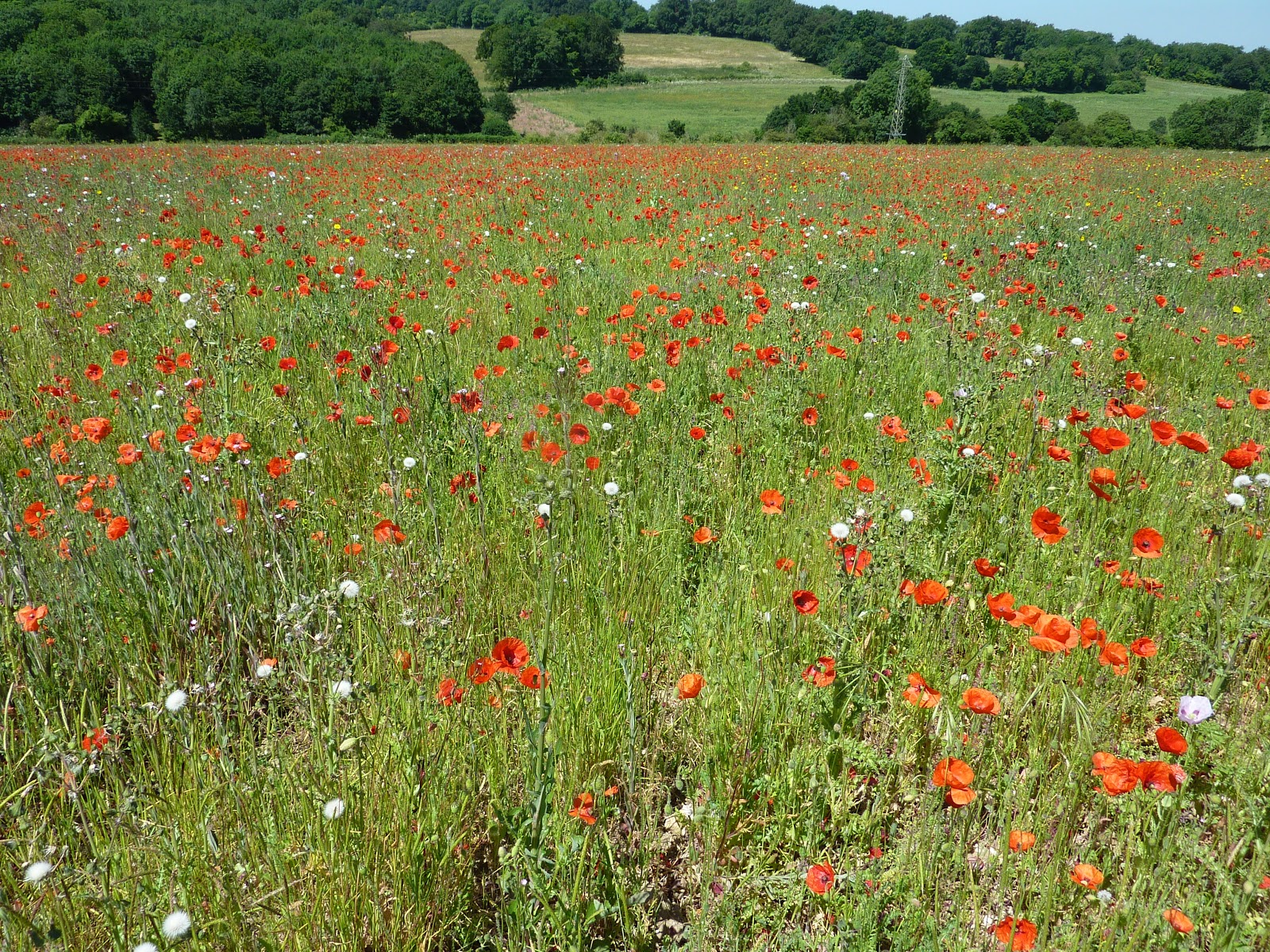 This morning was spent on foot - from the front door to the northern edge of Epsom Downs, across the race course to Langley Bottom Farm, then back again. This first part of the walk was dominated by Marbled White butterflies (below). It was only in 1999 that I saw my first one at this particular site, at a time when the species was starting to blaze its way into new areas locally. Since then it has really taken off, with at least 1,000 being counted this morning, the best area being the grassland that runs down along the road between the Grandstand and Langley Vale. There were moments when I must have seen 300+ butterflies in view at the same time, dancing around this grassy slope in a throwback to days gone by - mostly Marbled Whites but also good numbers of Meadow Browns and up to six Dark Green Fritillaries. A wildlife experience cannot be measured by volume alone, although there are times when sheer numbers can grab hold of you by the ears and shake you to attention. This was such a time. 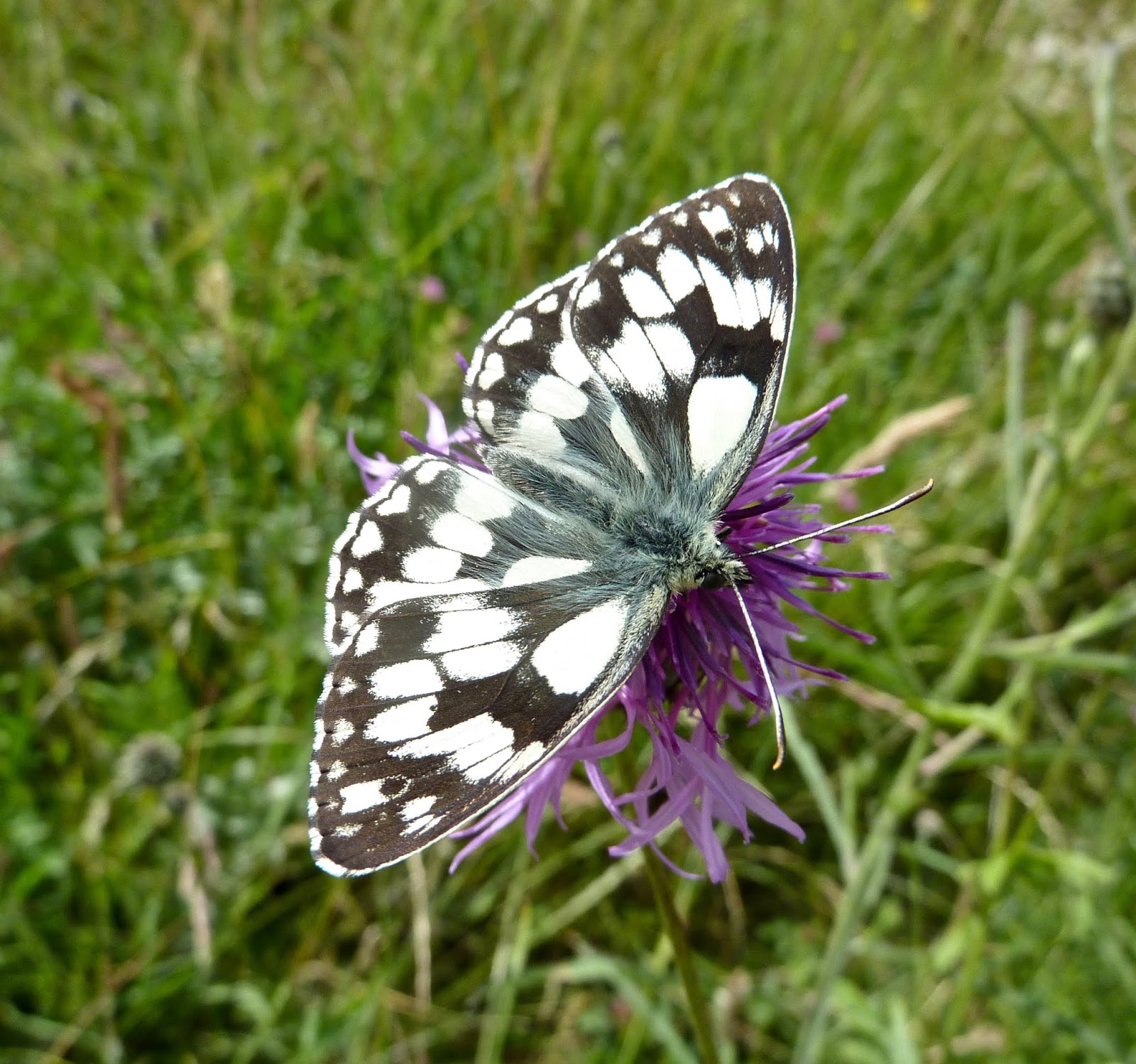 The farmland at Langley Vale has recently been purchased by The Woodland Trust, and the ongoing saga of losing the breeding Lapwings and the threats to the superb arable flora that is present has been covered by this blog on quite a few occasions. When I now visit my attention is mostly drawn to the state of any of the arable plant fields (largely getting swamped by grass it seems) and checking any corner that seems to show at least some hope of supporting them. Two such places were found. The first was west of the track that runs to Langley Vale Farm and can be accessed by a footpath that is picked up by the farm buildings (the view below is looking back towards Langley Vale). 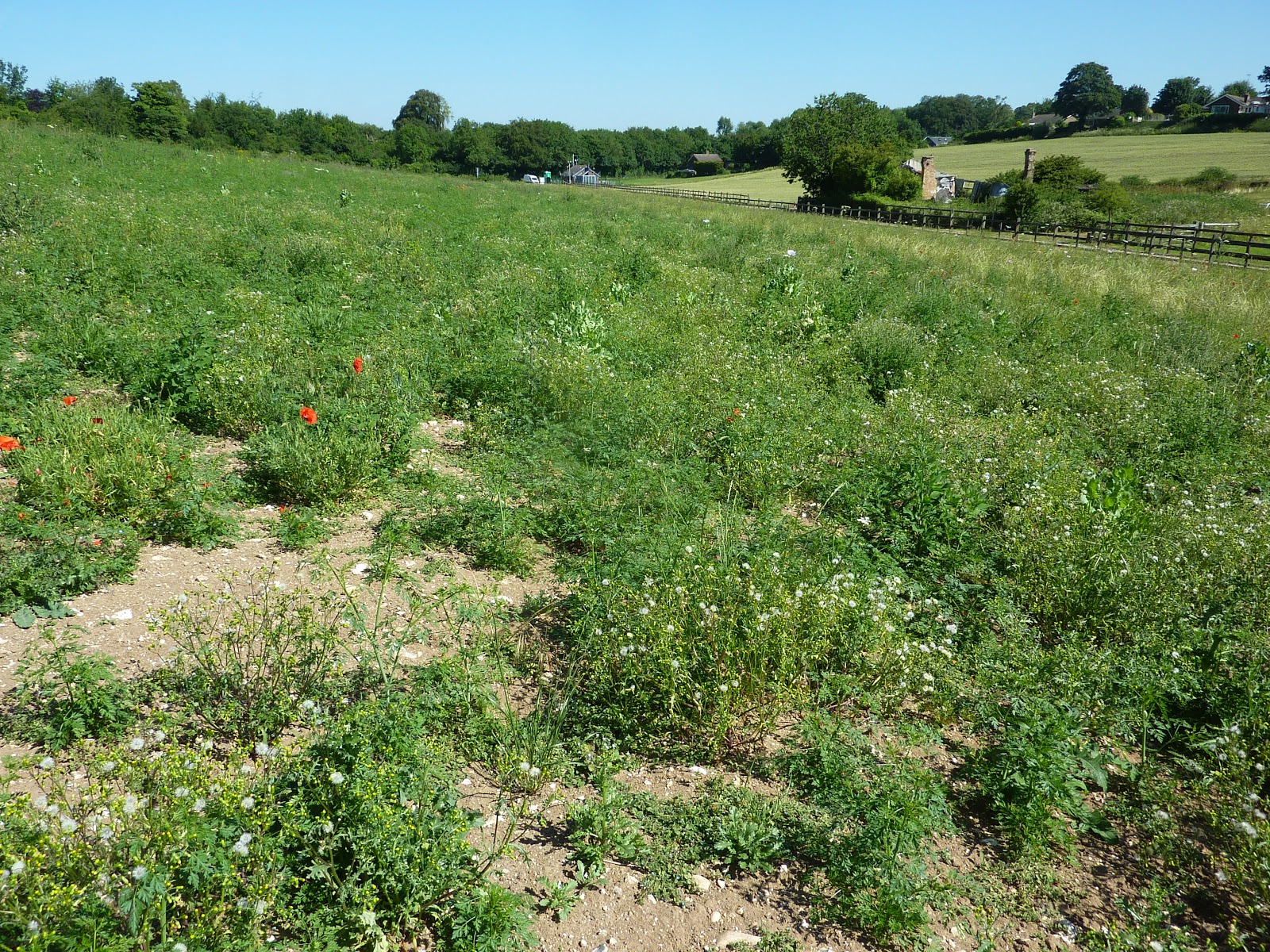 As you can see, the vegetation was broken up by a number of bare, open areas, which made access easier. I have never seen so much Fool's Parsley and Small Toadflax in a single field. Other species of note included Grey Field Speedwell, Green Field Speedwell and Black Bindweed. The next area that was worthy of checking was found to the east of the track that runs south from the Sheep Walk towards Little Hurst Wood (below). This was full of Sharp-leaved Fluellen, a smaller amount of Round-leaved Fluellen and, best of all, two patches of the blue-flowered form of Scarlet Pimpernel (bottom). To round off, who doesn't like a field of Common Poppies? The top image was taken from the top of the slope just east of the image below. Numbers. Sometimes you just cannot ignore them. 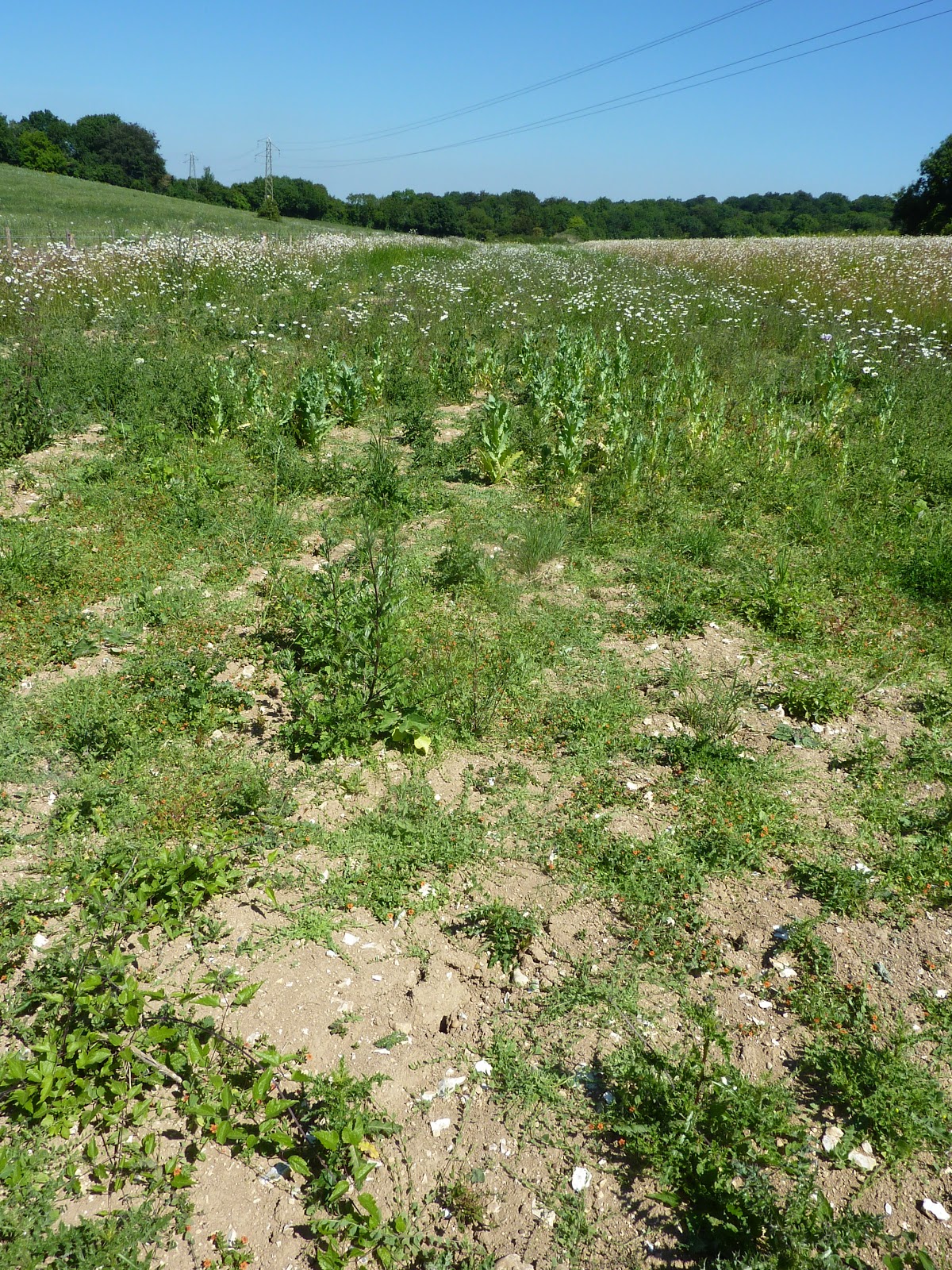 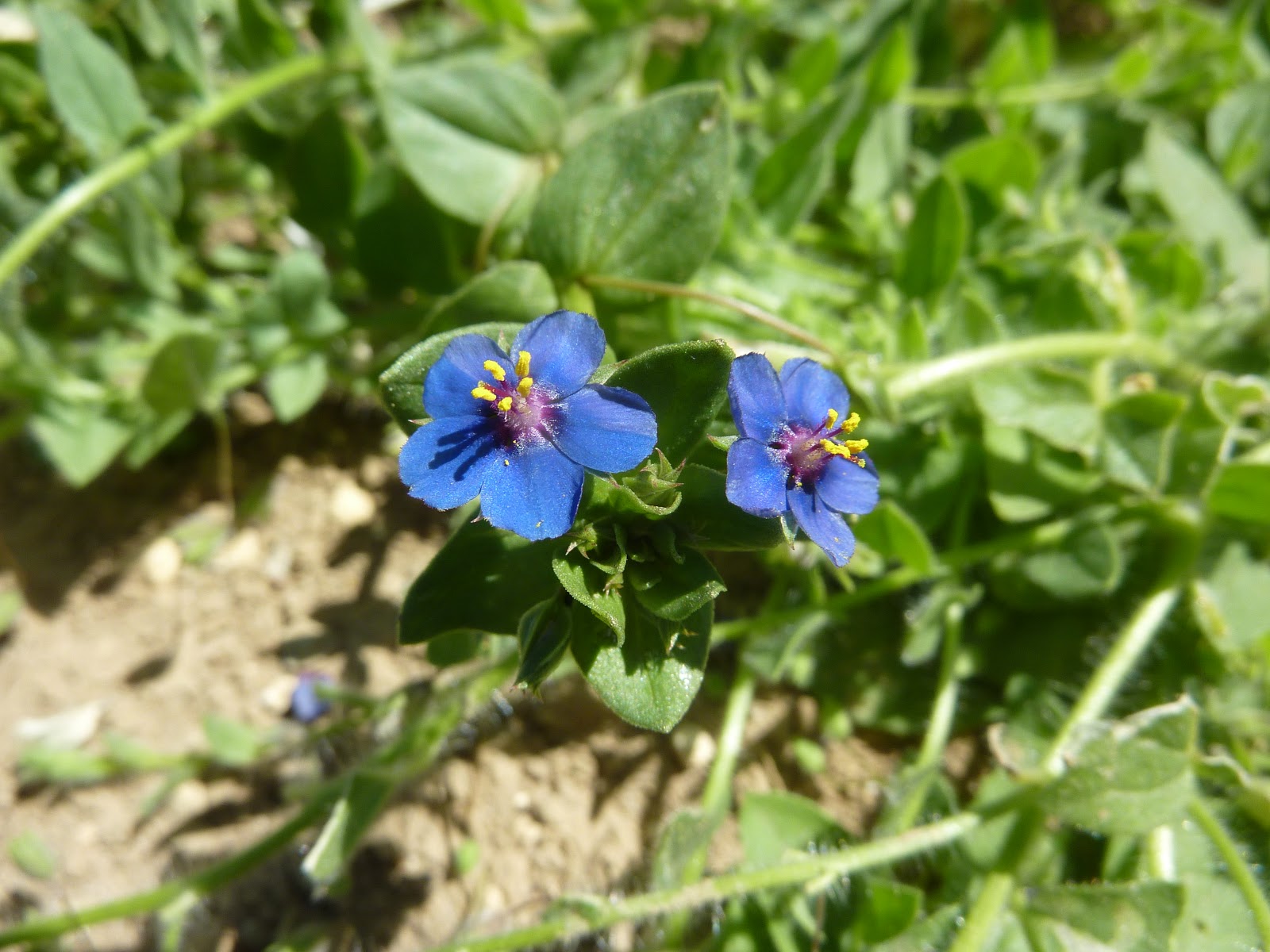 Derek Faulkner said…
Wow, you may have lost some breeding birds but what a variety of wild flowers. Presumably that is the reason for so many butterflies, here on Sheppey so far, I'm seeing hardly any. Walking round the marsh this morning I saw a dozen or so Meadow Browns and little else. In the garden, few bees and even fewer butterflies, you must have them all.
26 June 2018 at 08:24

Steve Gale said…
I saw over 150 species of plant Derek, not counting grasses and with little real effort. What you lose on Sheppey with butterflies you gain with wildfowl and waders - both sadly lacking with me.
26 June 2018 at 08:46

John said…
The explosion of Marbled Whites is always one of the joys of summer around here! I saw my first almost two weeks ago and then suddenly last week.....
26 June 2018 at 14:10