The land of the dinosaurs 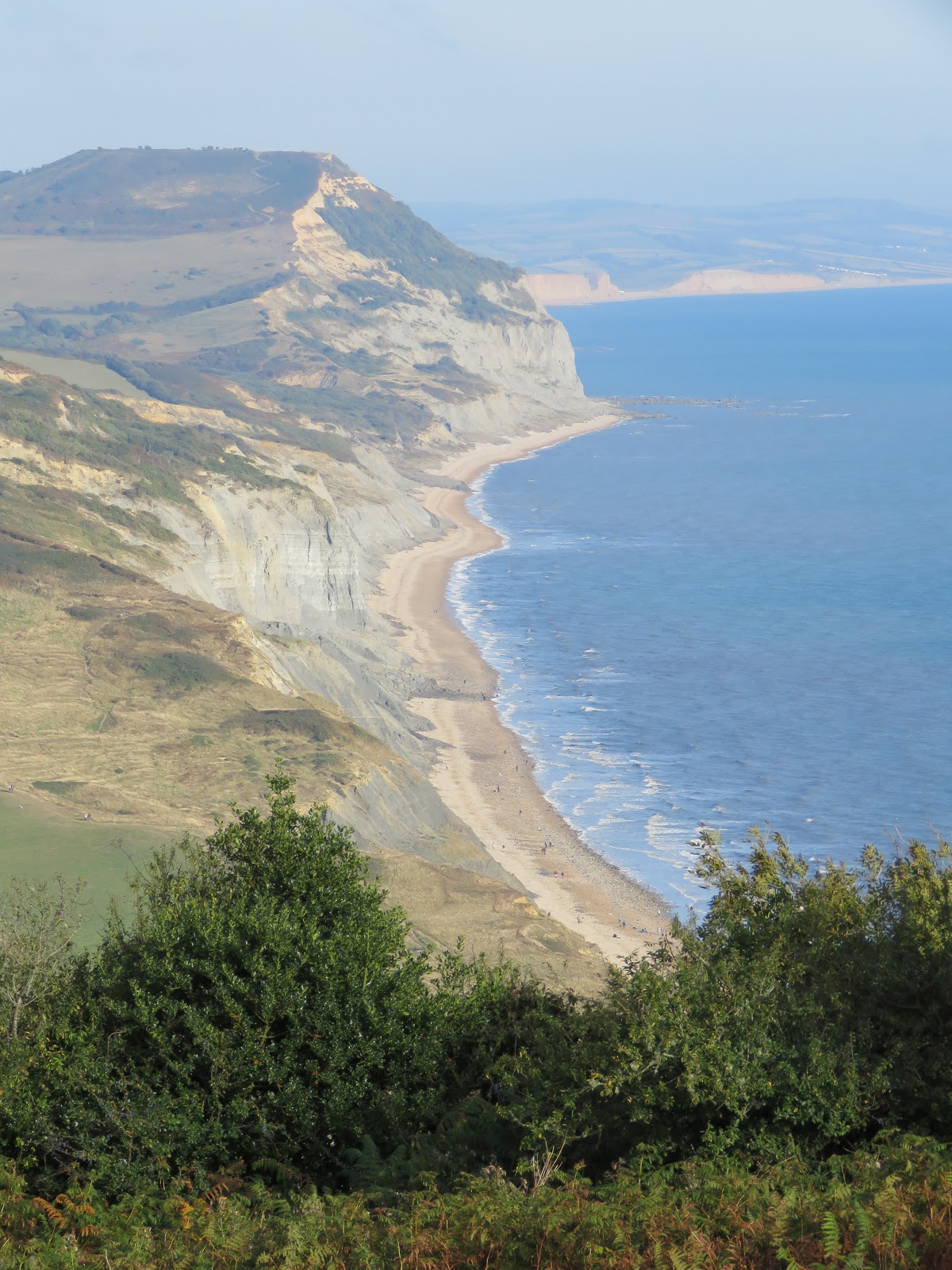 The image above was taken from a hill to the west of Charmouth, looking eastwards along the Dorset coast. The highest point is Golden Cap, with the distant cliffs beyond that being east of West Bay. You can walk this stretch of coastline on a footpath that, give and take the odd cliff slump, allows you to tip-toe along the edge of hair-raising precipices and stunning scenery. For the birder it is an overload of senses. On the one hand you marvel at the habitat set before you - miles and miles of hedgerows, cliff top scrub, meadows untouched by fertilisers, small pools and streams - but on the other hand there is so much of it (and it extends way inland) that coverage cannot be anything other than poor. A team of a thousand birders working together would just scratch the surface, so the handful of locals that are present have a hard task of it. My short stay was exhilarating and frustrating in equal measure, there being so much promise which is made hard by a testing landscape. There is, to be frank, too much habitat!
birding Charmouth