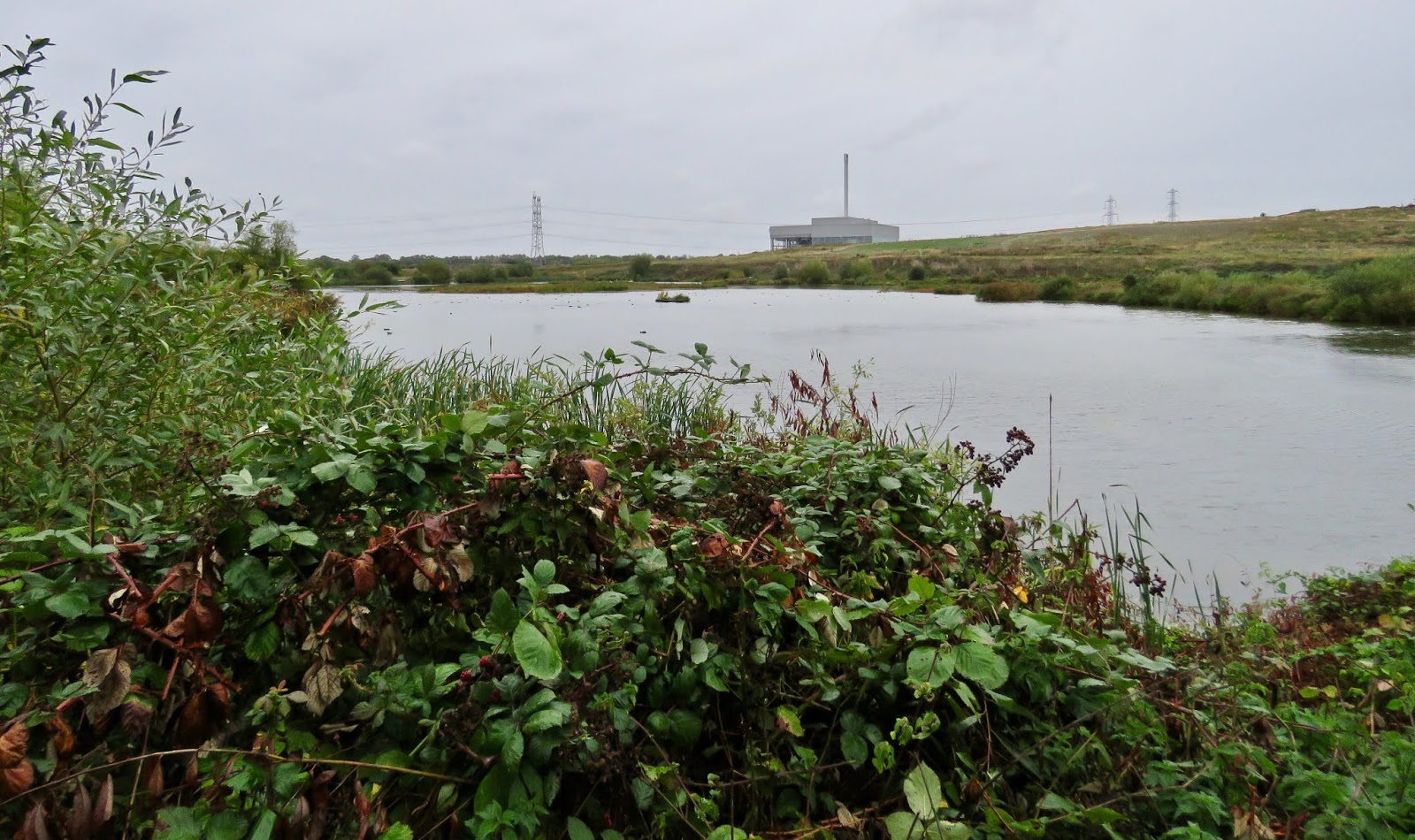 The North Lake at Beddington SF (above), on a chilly, wet September morning - I'm here out of the kindness of Roger Browne (info) and Steve Thomas (lift) - and the presence of a (as yet) unspecified number of Spoonbills. When Roger first arrived this morning he was amazed to see at least eight Spoonbills at the far side of the lake, partially hidden by the vegetation on an island. When Steve and I arrived he had been joined by Peter Alfrey, and the flock size (still obscured by island vegetation) had now risen to 11. My first scope view suggested 12, possibly 13. And when the rain started to abate, they took off as one, 19 birds in all. They arced round and left the area purposefully southwards. My bridge camera is not the best for birds in flight at the best of times, but I let off a couple of blind shots (no zoom, an exercise in pointing and hoping) and then stopped to watch them fly over us - I was not going to miss the moment hidden behind a viewfinder. The results from the camera were dismal, but enough to record at least 17 of the flock, even being able to make out the odd juvenile amongst them. 19 is most probably the largest ever count in London and Surrey. Beddington strikes again! 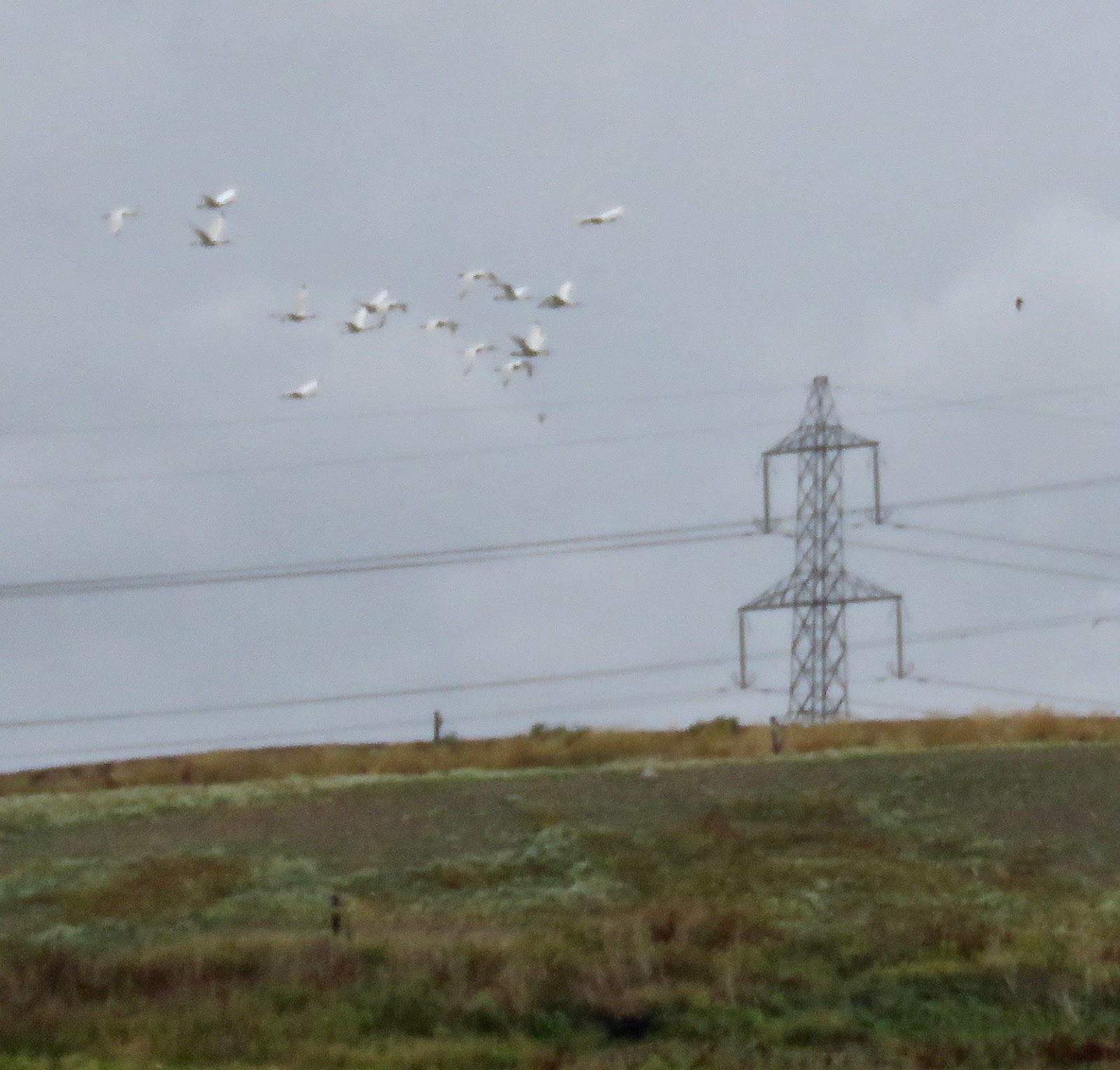 I told you it was bad!!
Beddington Sewage Farm Spoonbill

Ric said…
Any shot under the circumstances is better than none at all Steve. You were there. Good enough.
23 September 2018 at 17:45

Steve Gale said…
The truth is Ric, if I didn't do this blog then I would have kept the camera in the rucksack. Pandering to the hoped-for audience...
23 September 2018 at 19:03