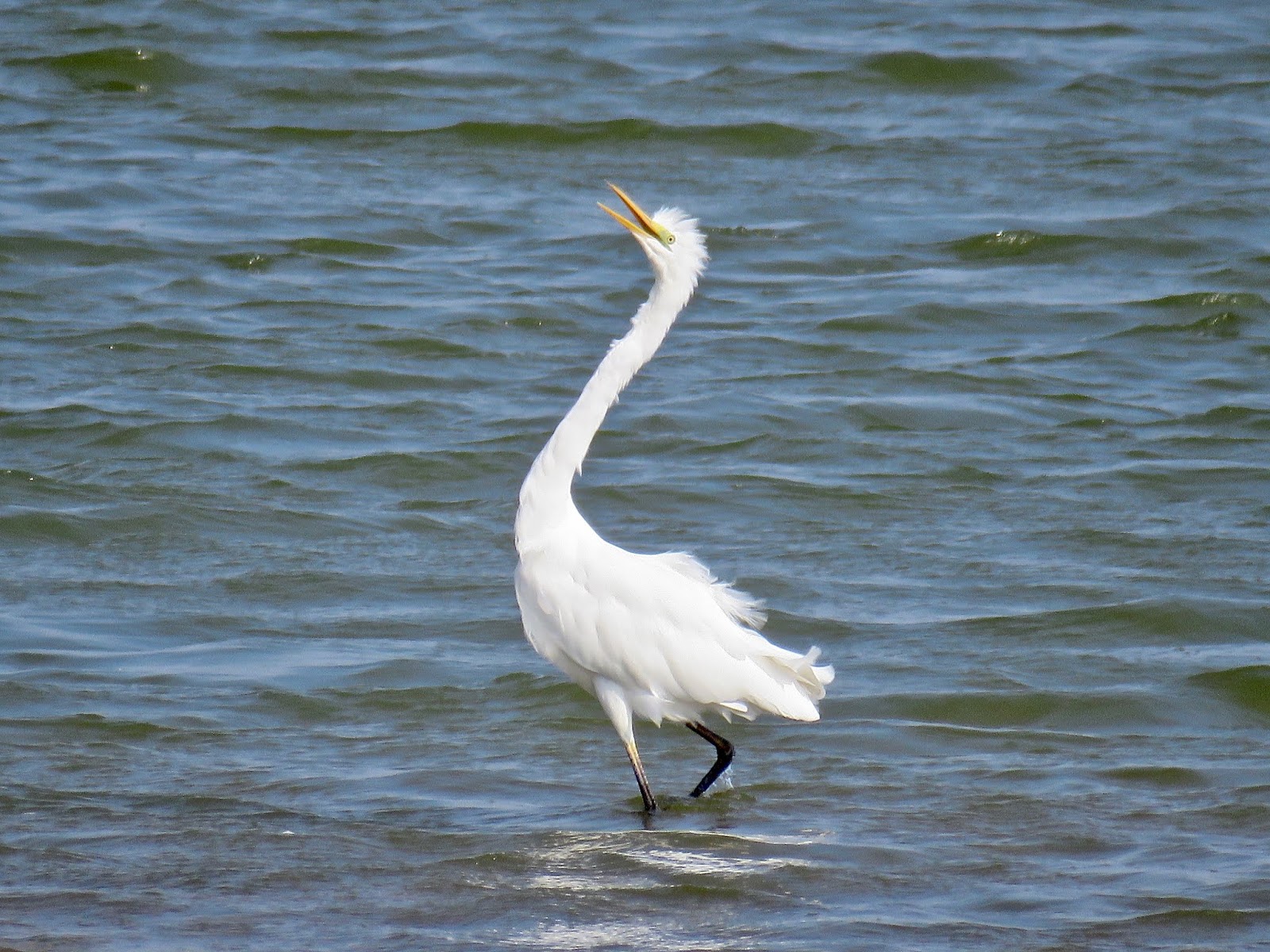 This Great White Egret was taking exception to a small group of Common Terns that were chasing each other and squabbling just above it. Strange to think that not that many years ago this individual would have been the subject of a nationwide twitch. 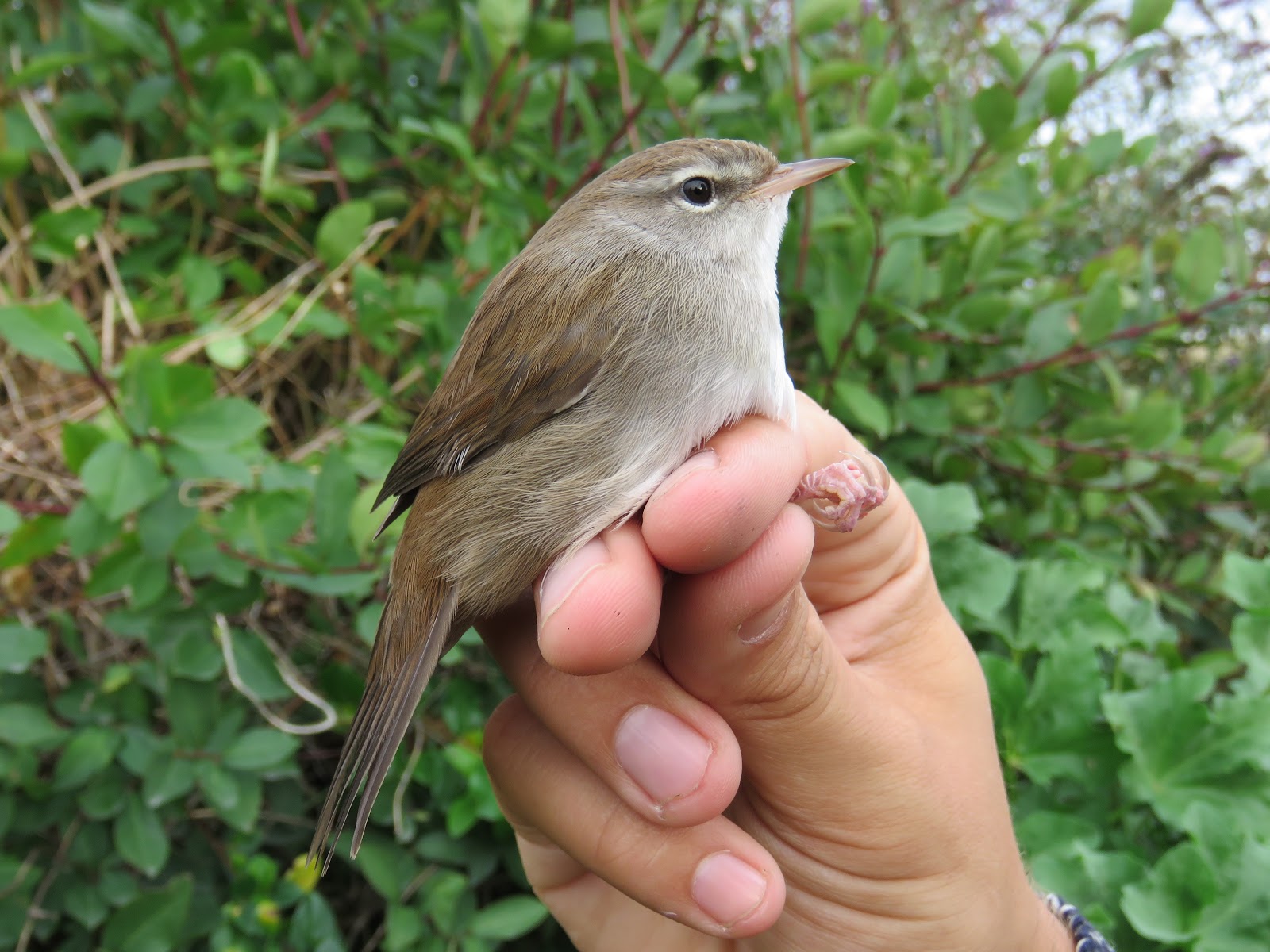 And talking of 'colonisers' here's another, albeit an earlier adopter of the UK as home. Cetti's Warbler really started its northwards spread back in the 1970s, and, apart from the odd cold-weather set-back, has been expanding further north into the UK ever since. At Dungeness it is now a relatively common and widespread breeding species. 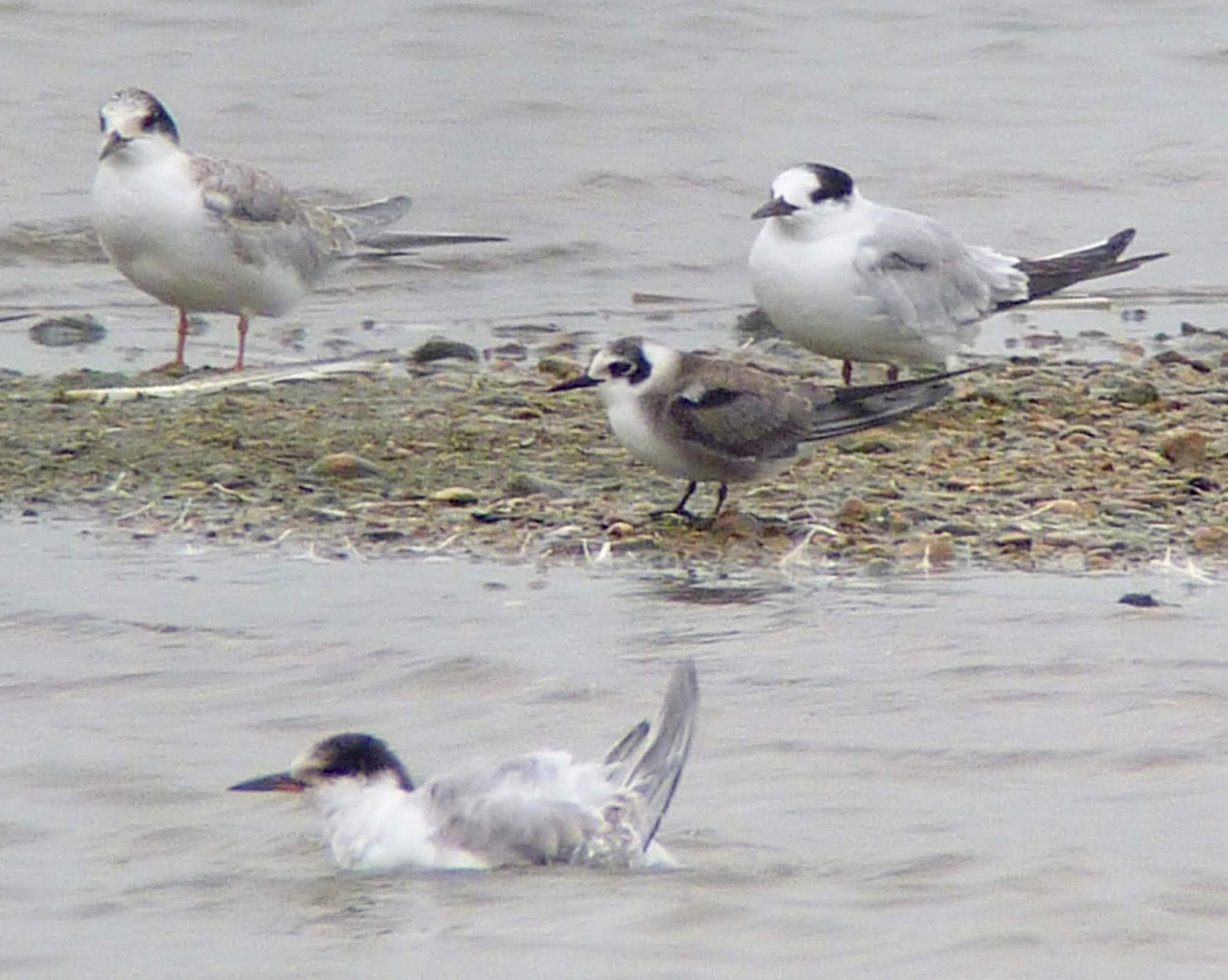 The bird in the middle of this photo is the American sub-species of Black Tern. The dusky flanks and underwing do make it easy to pick out in the company of its European counterparts. This bird was present for over a week on the RSPB reserve. 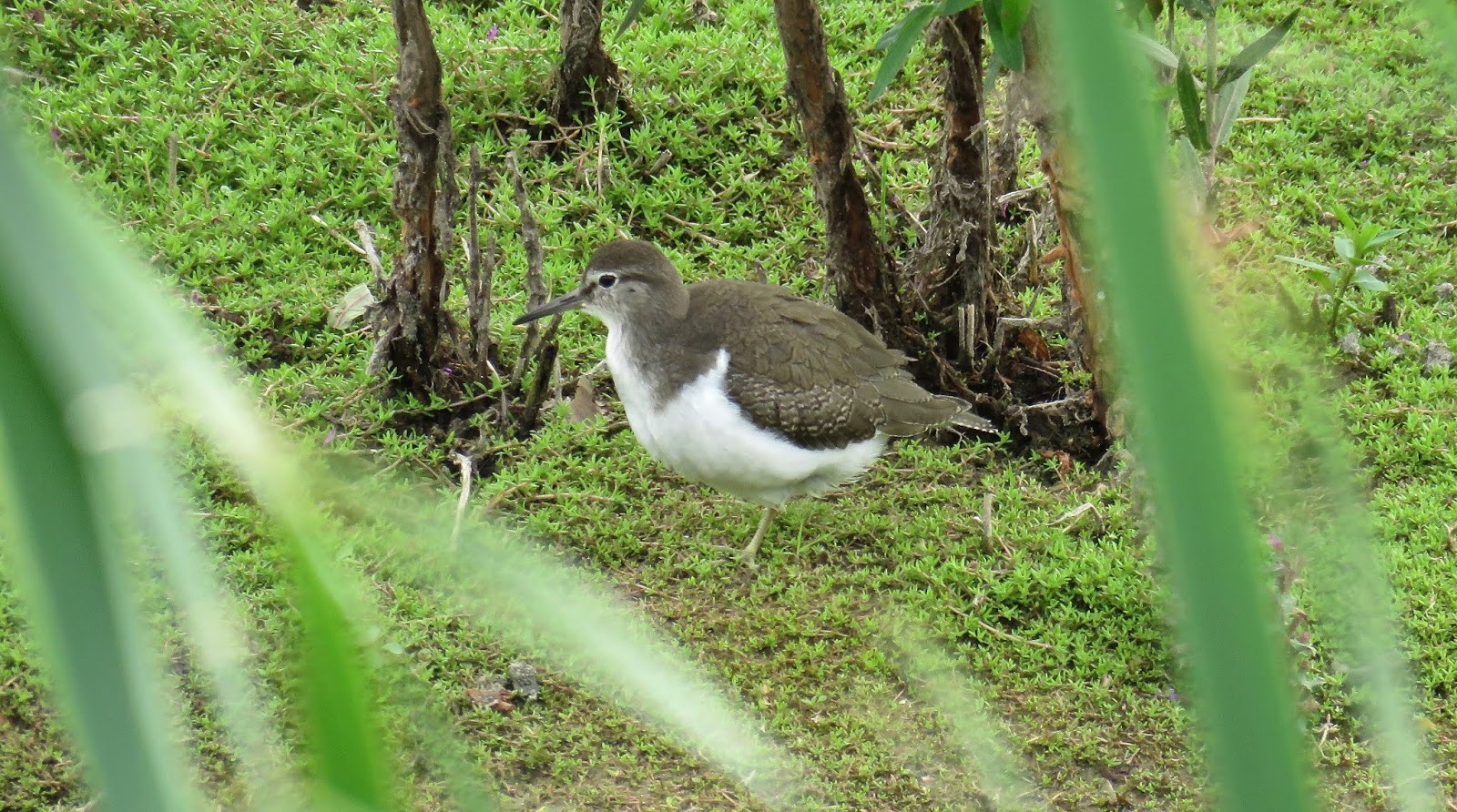 A modest passage of waders was enjoyed during my weeks stay, with Curlew Sandpiper, Whimbrel, Avocet, Spotted Redshank and Ruff being the stand-outs, although had I seen the brief staying Terek Sandpiper then that would have undoubtably been the highlight. Several Common Sandpipers (above) came close enough to be 'snapped'. 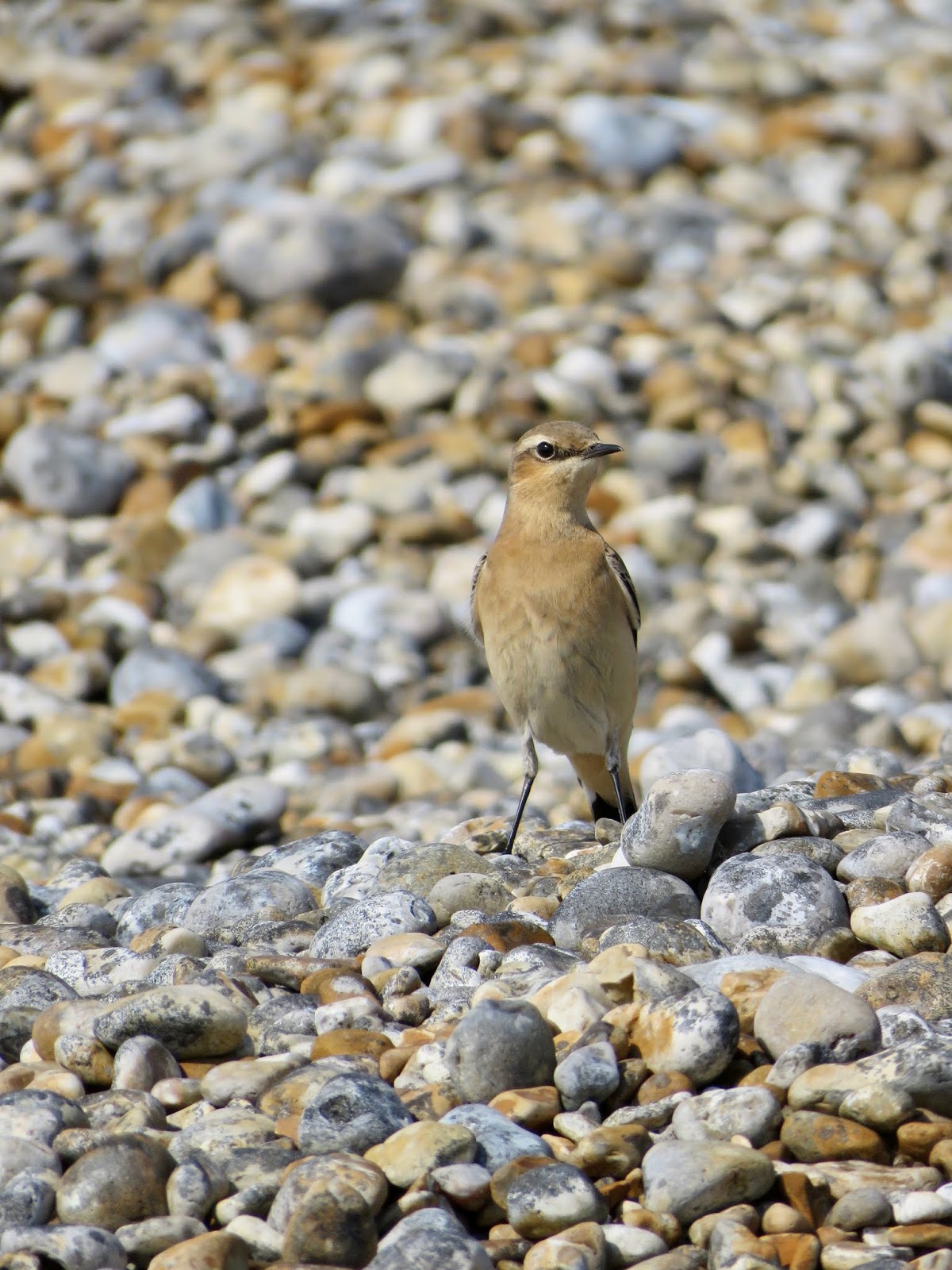 But it is the chats that are my favourites, and none sum up the Dungeness experience better than a Wheatear, here resplendent in the morning light against a backdrop of honeyed shingle.
American Black Tern Cetti's Warbler Common Sandpiper Dungeness Great White Egret Wheatear

Phil Slade said…
That American Black Tern is so different that I think even I would be able to pick it from common or garden.
8 September 2018 at 20:21

DorsetDipper said…
Cetti's Warble has become established in Herts but this year is absent from my patch. I wonder if the Beast From the East did for them, along with Kingfisher on my stretch of river
10 September 2018 at 08:54

Steve Gale said…
That is possible DD. The run of cold winters in the 1980s certainly knocked them back nationally.
10 September 2018 at 11:35