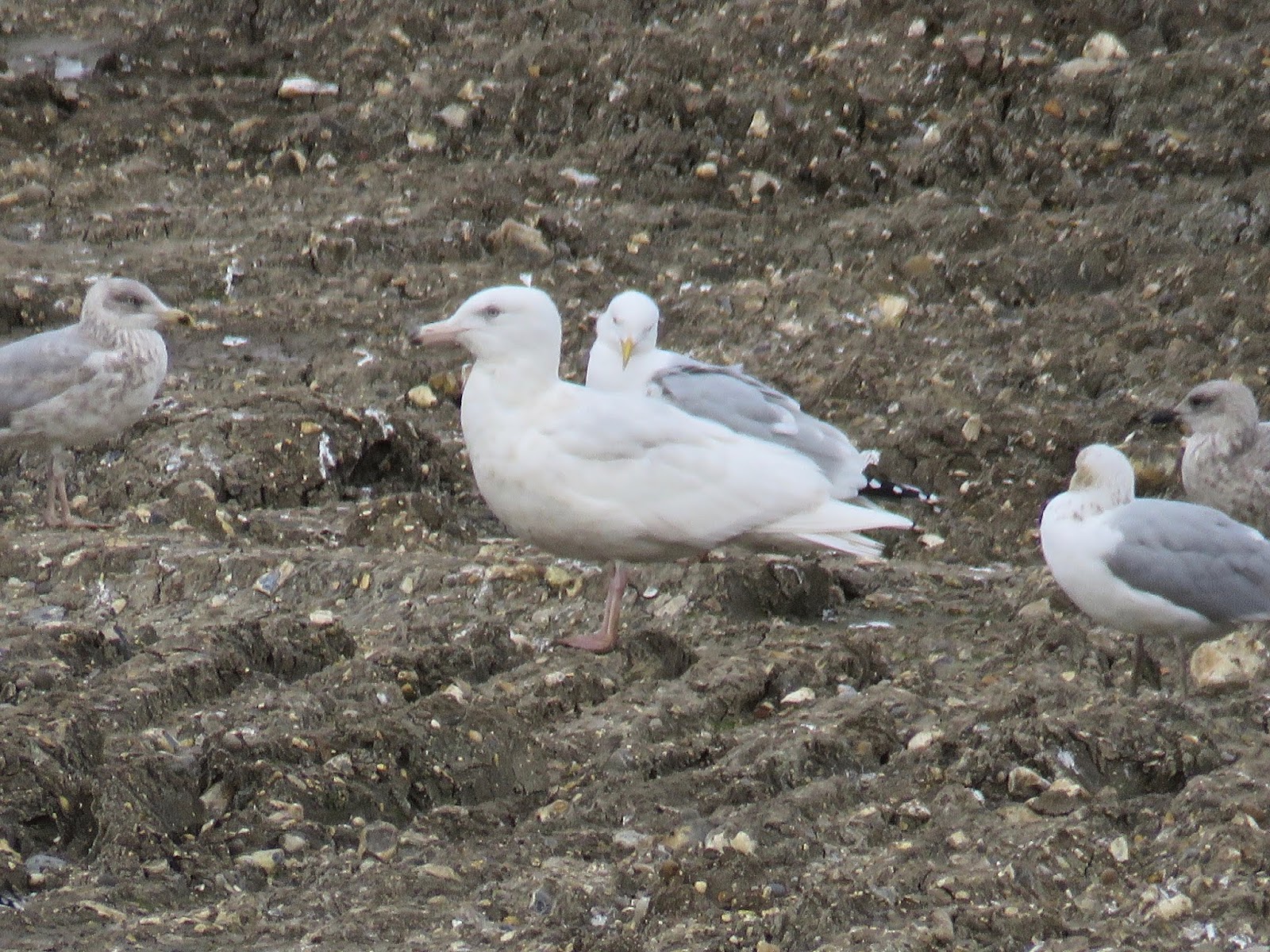 So, that's the first month of the year already over - went quick, didn't it! It was also the first month of the great year-long Surrey v Northumberland patch challenge, in which I have taken on Stewart Sexton to see who can attain the highest percentage figure of our personal historic totals. It's all a bit of fun, but it really does act as a spur to get you out there and looking. I do have a distinct advantage in being retired (I still cannot get used to saying that) but then he can boast coastline and slightly younger eyes which will surely make up for my extra hours in the field...

As I have moaned about elsewhere, the number of birds present locally has been very poor indeed. Passerines in particular have gone missing in action, with the star flock being the 110+ Skylarks that are being faithful to Walton Downs. Although the weather has turned colder during the past few days, it has been largely unremarkable and the lack of movement unsurprising.

Down to the birds. The following are the pick of the bunch - Little Egret, Goosander, Red Kite, Red-legged Partridge, Water Rail, Woodcock, Green Sandpiper, Glaucous Gull, Yellow-legged Gull, Barn Owl, Lesser Spotted Woodpecker, Water Pipit, Cetti's Warbler, Marsh Tit, Raven and Tree Sparrow. The only 'out of the blue' species there is the Glaucous Gull (pictured above at Beddington), although nowadays we cannot afford to sniff at Tree Sparrows - they are becoming rarer by the day. Of the species missing so far, Treecreeper and Lesser Redpoll stand out.

The south of England is being promised some snow tonight. It could be that a dawn skywatch may be in order, as there are bound to be a few displaced birds - not exactly 'Beast from the East' material, but most probably worth the effort all the same.
birding Glaucous Gull

Steve Gale said…
Species total does mask a lack of birds though Stewart
1 February 2019 at 14:12