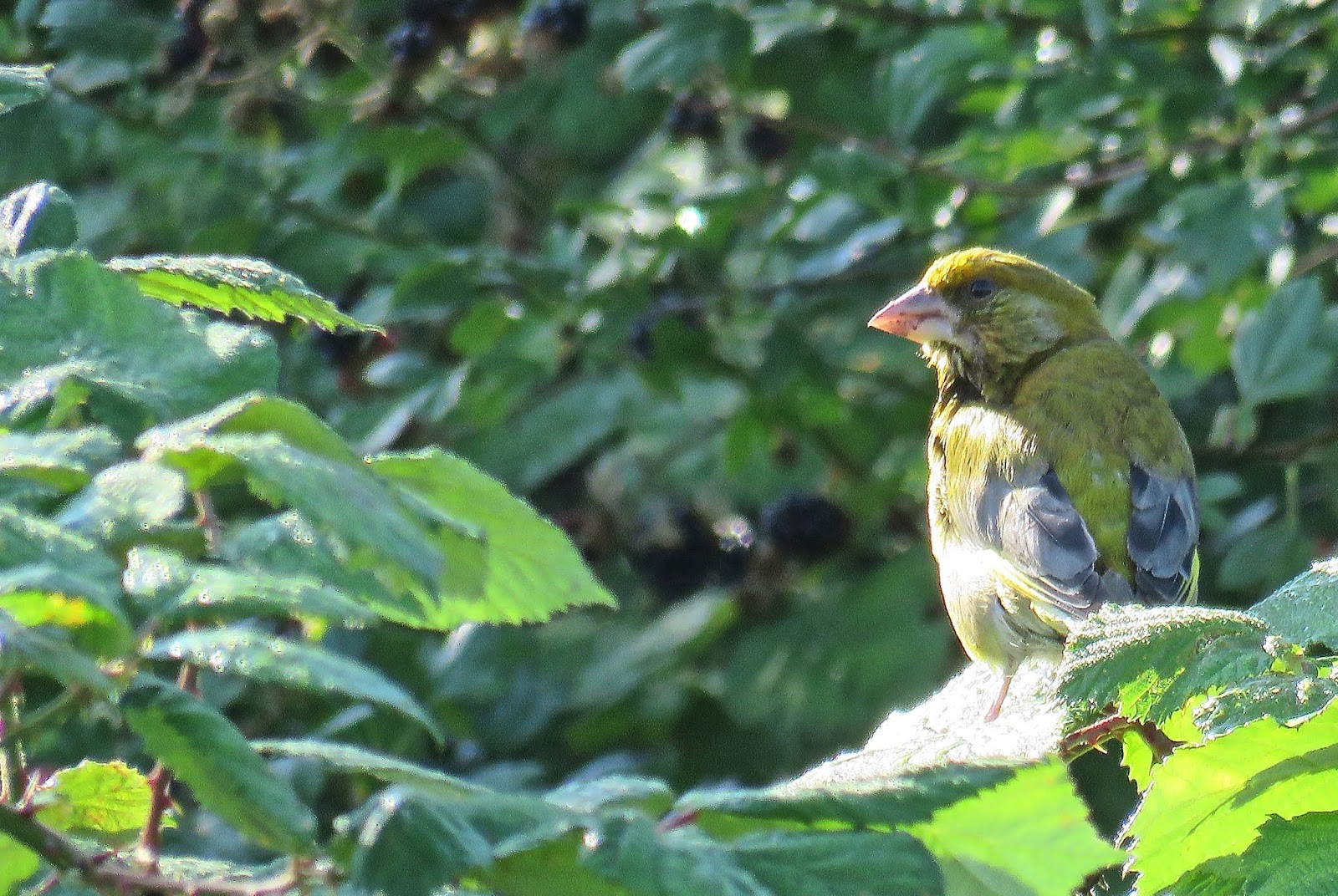 This morning, a fellow blogger posted his delight at observing a flock of Greenfinches in Norfolk - the first time that he had seen this species gathered together in any number. Old hands like myself are lucky enough to remember the days before Trichomonosis decimated the UK population of this finch - my highest flock counts are below:

The Beddington flock was feeding across several settling beds that were packed full of seed-bearing wild flowers, mainly Fat-hen. They remained on site for just a few weeks. As for the Dungeness flock, that was faithful to the beach just east of the power station, and just like the Beddington birds were taking advantage of copious amounts of seed. Greenfinches were found annually in good numbers here from early autumn right through the winter months. Needless to say, such counts as these are a thing of the past. Today, if you were to visit the shingle beach, you would be hard pushed to find a single bird. The image above is the only one of a Greenfinch that I have, taken at Priest Hill last summer. Another case of 'Record shot my arse'...
at January 14, 2019

Email ThisBlogThis!Share to TwitterShare to FacebookShare to Pinterest
Labels: Greenfinch

Hi Steve, when I moved down here in 2006 there was still a wintering flock of Greenfinches around the power station; my best count was 180 in `07/08, but gradually they whittled away to nothing within a few winters. Similarly we had several pairs nesting in our garden fir trees, now long gone; its almost a red-letter day when we get one on the feeders. Really sad as a cracking bird, particularly the adult male when in song.

Funnily enough was talking about this just yesterday as we ticked off a solitary Greenfinch on our day out in Norfolk, and reminiscing about flocks of 1000+

I know Trichomonosis has hit Greenfinches hard, but even without that it is hard to imagine such numbers now. No other finch gets that kind of number. Whether it be the collapse in insect numbers or the disappearance of seeds from the countryside, finch numbers just seem way down in general.

At least you witnessed the tail end of the beach flock Paul.

Very true John, there are many reasons behind such a drop in finch numbers