Where once were many Tree Sparrows 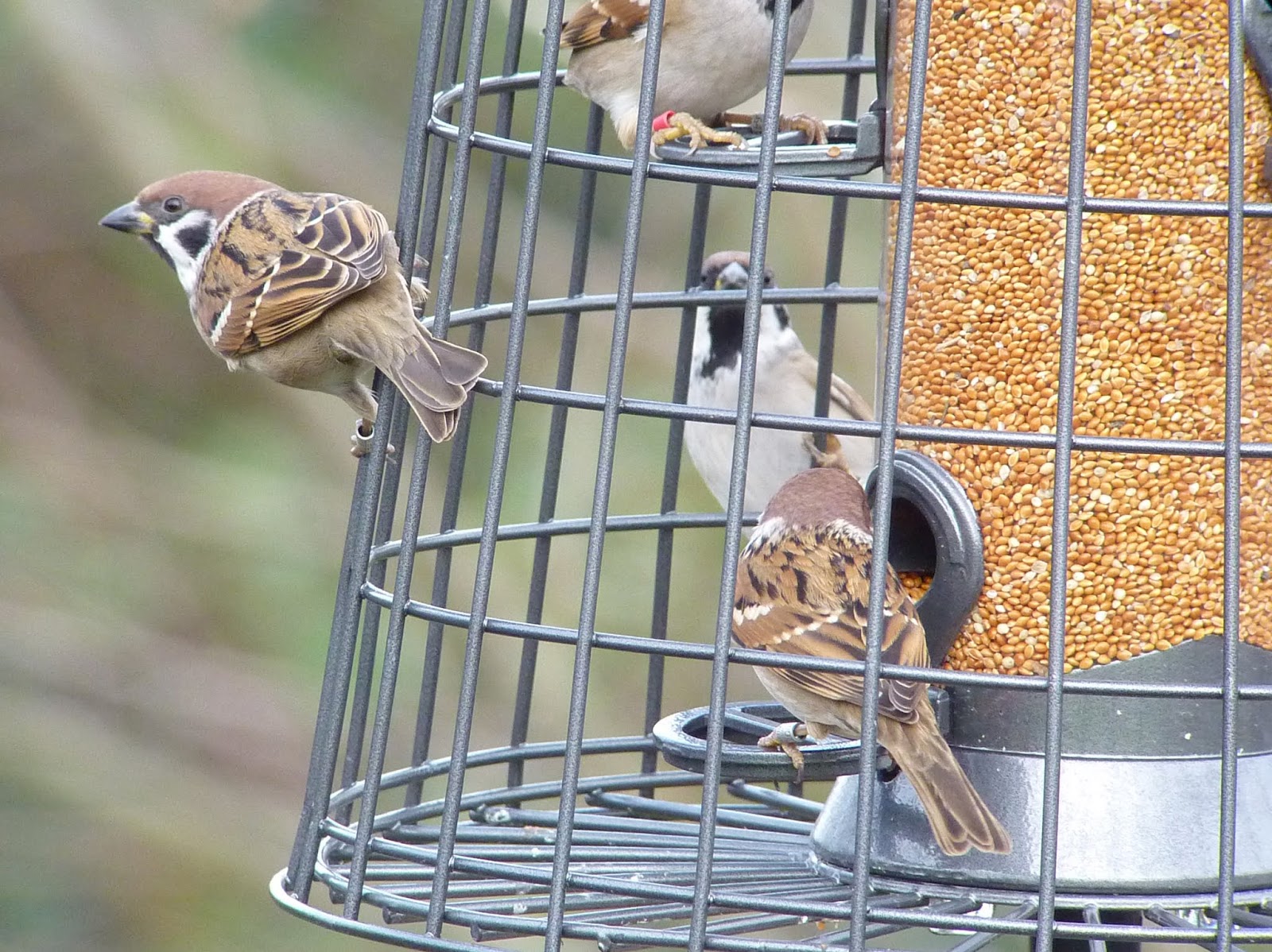 This morning saw me teaming up with Beddington-birder Steve Thomas - a key-holder to the magic kingdom of the farmlands! After Tuesday's panic to see the Glaucous Gull today was a far more leisurely affair. The gull was once again present (on the tip and north lake). The morning's main quest was to hunt down a Tree Sparrow, something that could be done with little effort just a few years ago at Beddington. But times change, and the sewage farm population has fallen, and with it the number of over-wintering birds. We saw just the one, feeding on red millet at a bird feeding station (photo above taken a few years ago). Below is a summary of my personal records for the Uber-patch to add some context.

My highest count in the UK was of 820 moving north-west on 17th October 1983 at Dungeness in Kent. Such numbers now are the stuff of fantasy.
Beddington Sewage Farm Dungeness Tree Sparrow

mike N. said…
Matt Prior seems to have an established population in Wiltshire. He has quite a number of Nest Boxes and a number of helpers exactly the same as we used to have
Derek c. & Kevin guest have been diligently monitoring the boxes over the past few years .Despite the landfill activity there still seems to be plenty of pockets of fat hen etc .Love the blog-hope you are staying well
17 January 2019 at 16:44

Steve Gale said…
Lots of food for them as you say Mike, all over the farm, but just of few Linnets taking advantage of it - something is wrong. All good thanks, and hope the same applies to your good self.
17 January 2019 at 18:30

Derek Faulkner said…
Yes Steve, up until about 30 years ago, they nested in some boxes that I put up on the farmland alongside the Swale NNR. None that I'm aware, have been seen since.
17 January 2019 at 18:46

Stephen Root said…
We are lucky up here in North Yorkshire. They breed on my local patch still and 10-20 at a time is not uncommon. They are thinly spread across the district with flocks up to 50 strong...but these were once flocks of 100s....Great birds full of character.
17 January 2019 at 19:59