Seeing that there seems to be so little about at the moment I thought that I would 'ring the changes' and do something completely different - but still within the uber patch. Hmmm, hardly different, is it Steve?...

Parking up in Mickleham Village, and crossing the A24, found me on the banks of River Mole, at this point a narrow affair. I then walked northwards, carrying on through to Common Meadow, Leatherhead, no more than a couple of miles in length but longer when you add on the meandering. It was a walk that I had not completed as a whole, having dived in-and-out over the years at various points of entry, and mainly during the summer months as the area is quite good botanically.

Highlight was a red-head Goosander (above), that fed happily in the water at Common Meadow (below) with the bird deciding, after ten minutes, that it had had enough of me, and flew on. 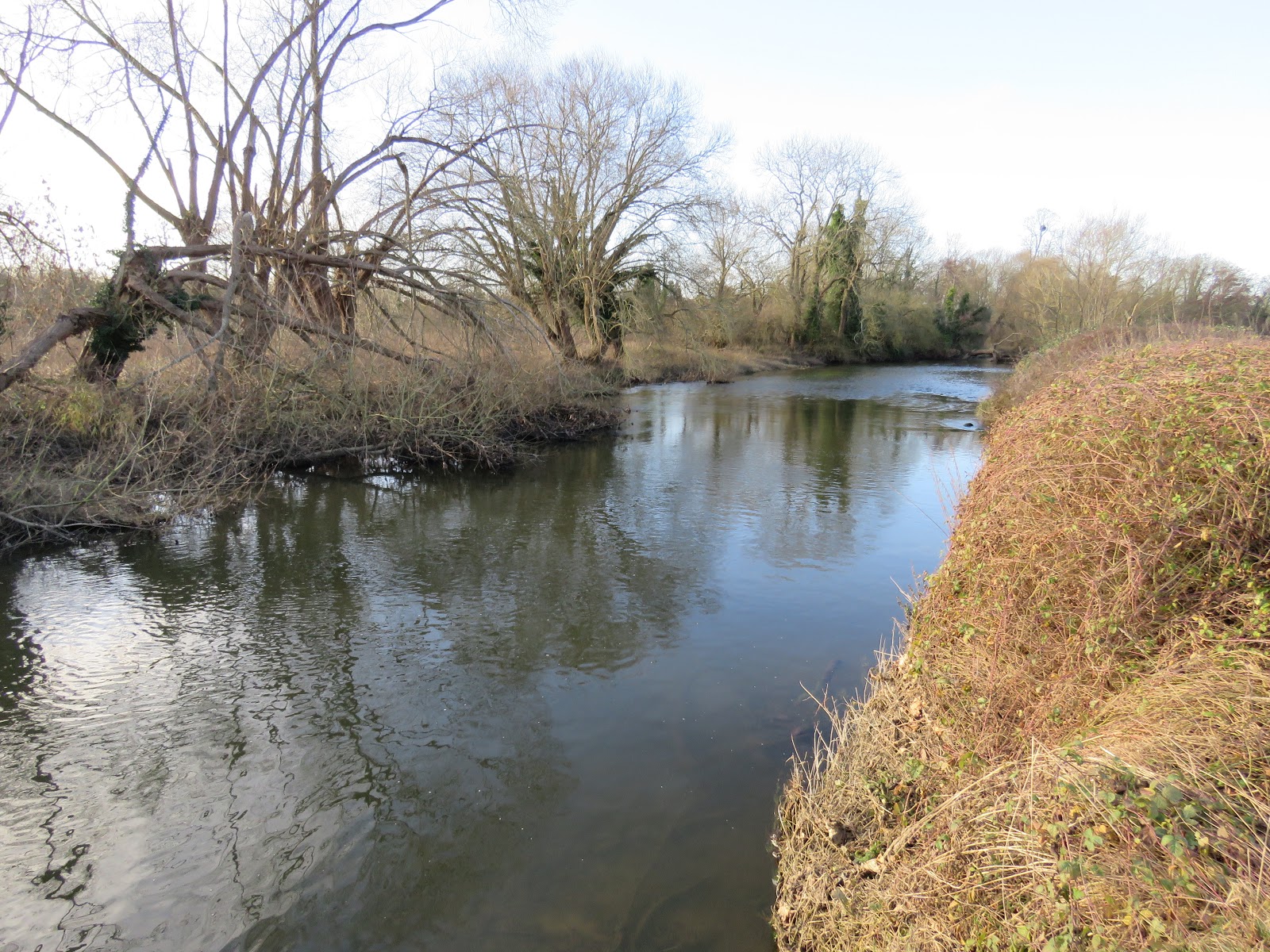 At least two Little Egrets were seen (Mickleham and Common Meadow) plus 5 Little Grebe, a Cormorant, 8 Grey Heron, 2 Common Buzzard, a male Sparrowhawk, 70 Redwing and - best of all - a calling Lesser Spotted Woodpecker close to the leisure centre. 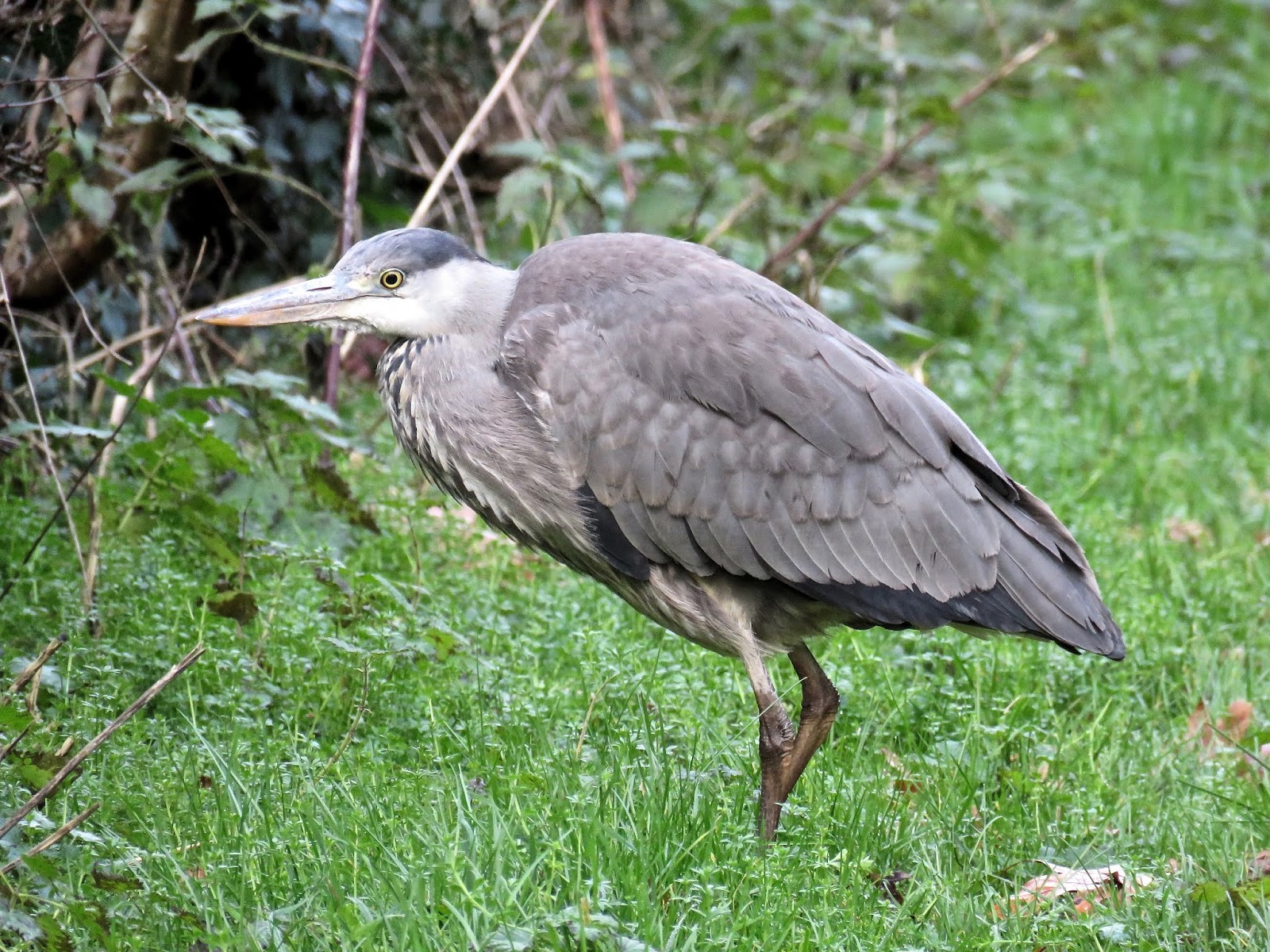 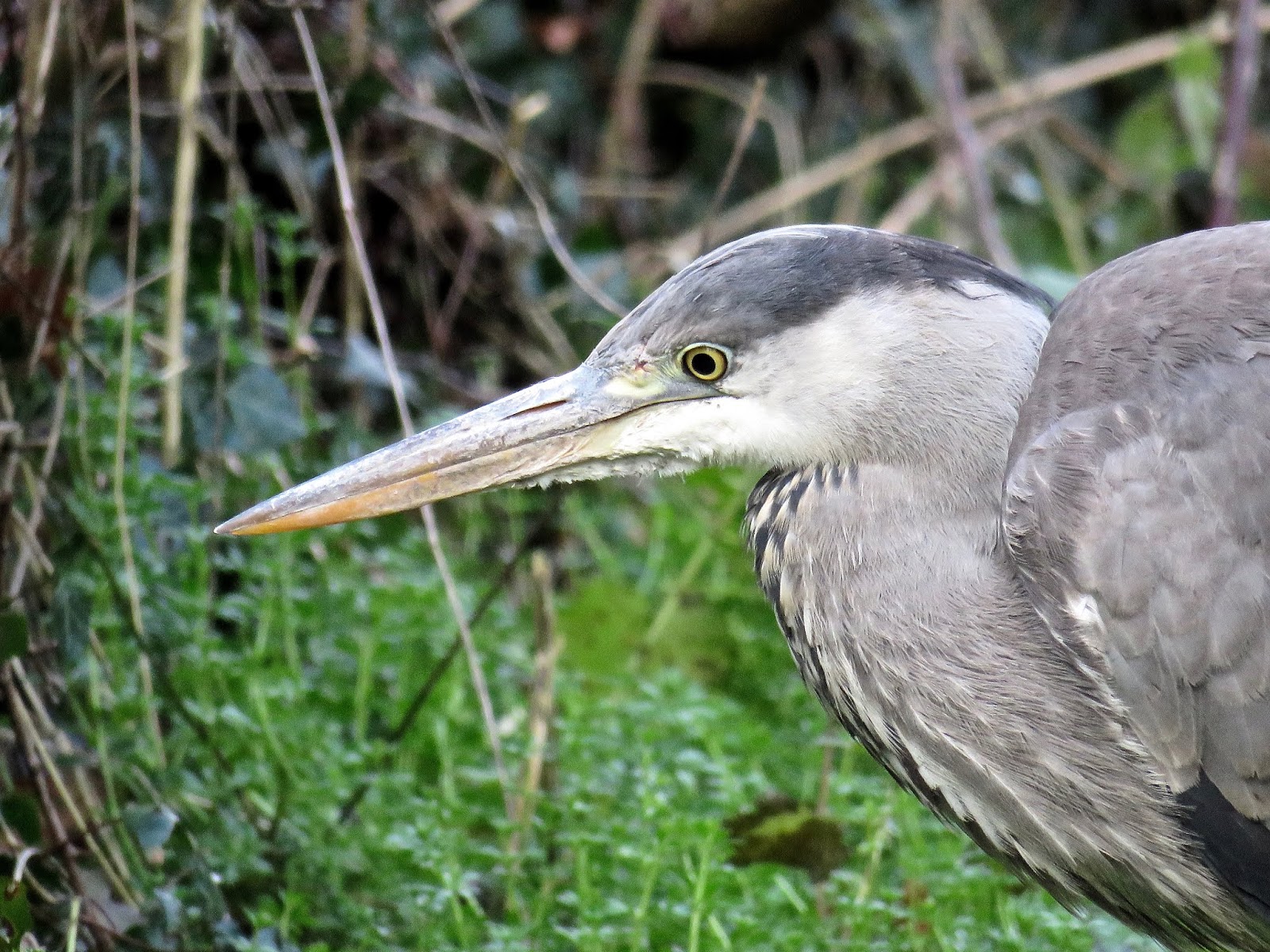 One particular juvenile Grey Heron was stalking prey along the towpath. It was aware of me but decided not to move. After several minutes of clicking away at it with the bridge camera it decided to move on.
Goosander Grey Heron Leatherhead Mickleham River Mole

Simon Douglas Thompson said…
We've got a lot of goosander around here at the moment, shy birds but getting less so. Getting nearer the bank, and hopefully this weekend my camera!
9 January 2019 at 20:56

Steve Gale said…
The bird I photographed today kept its distance
9 January 2019 at 21:17