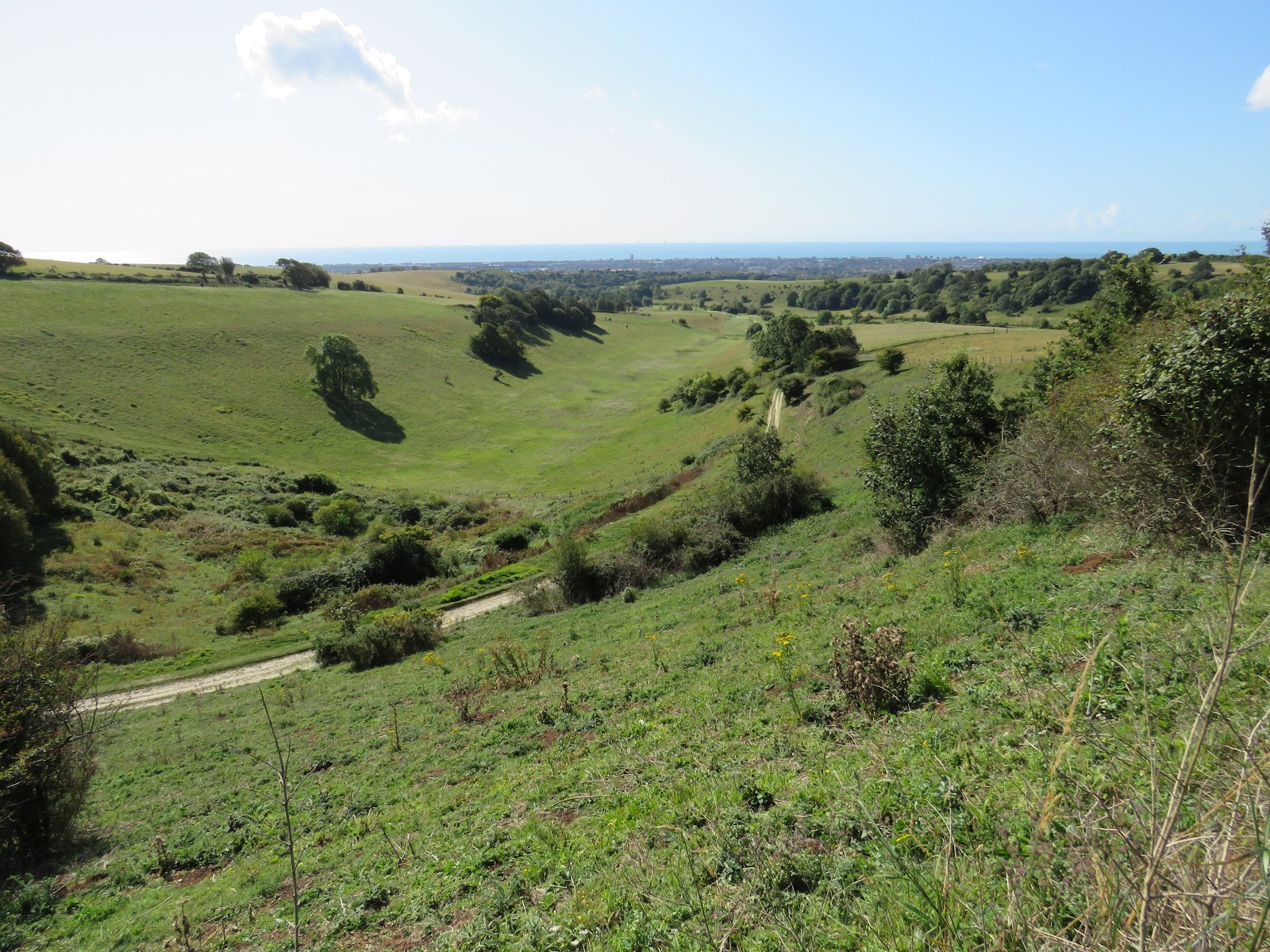 I do like my chalk downland, and today, for a change, swapped my North Downs for the South Downs and spent a long day wandering across some of West Sussex's finest. I parked at the base of Chanctonbury Ring at 06.30hrs and spent a largely unfruitful hour-and-a-half in the area - maybe it was still too early, but a Whinchat and a handful of commoner warblers was not all that inspiring. I decided to return later in the day. My plan had always been to walk across to Cissbury Ring (above) via the network of bridlepaths, and no sooner had I started to do so than the birds started to appear, with Willow Warbler (3), Garden Warbler and Common Redstart (below) added to the day list. 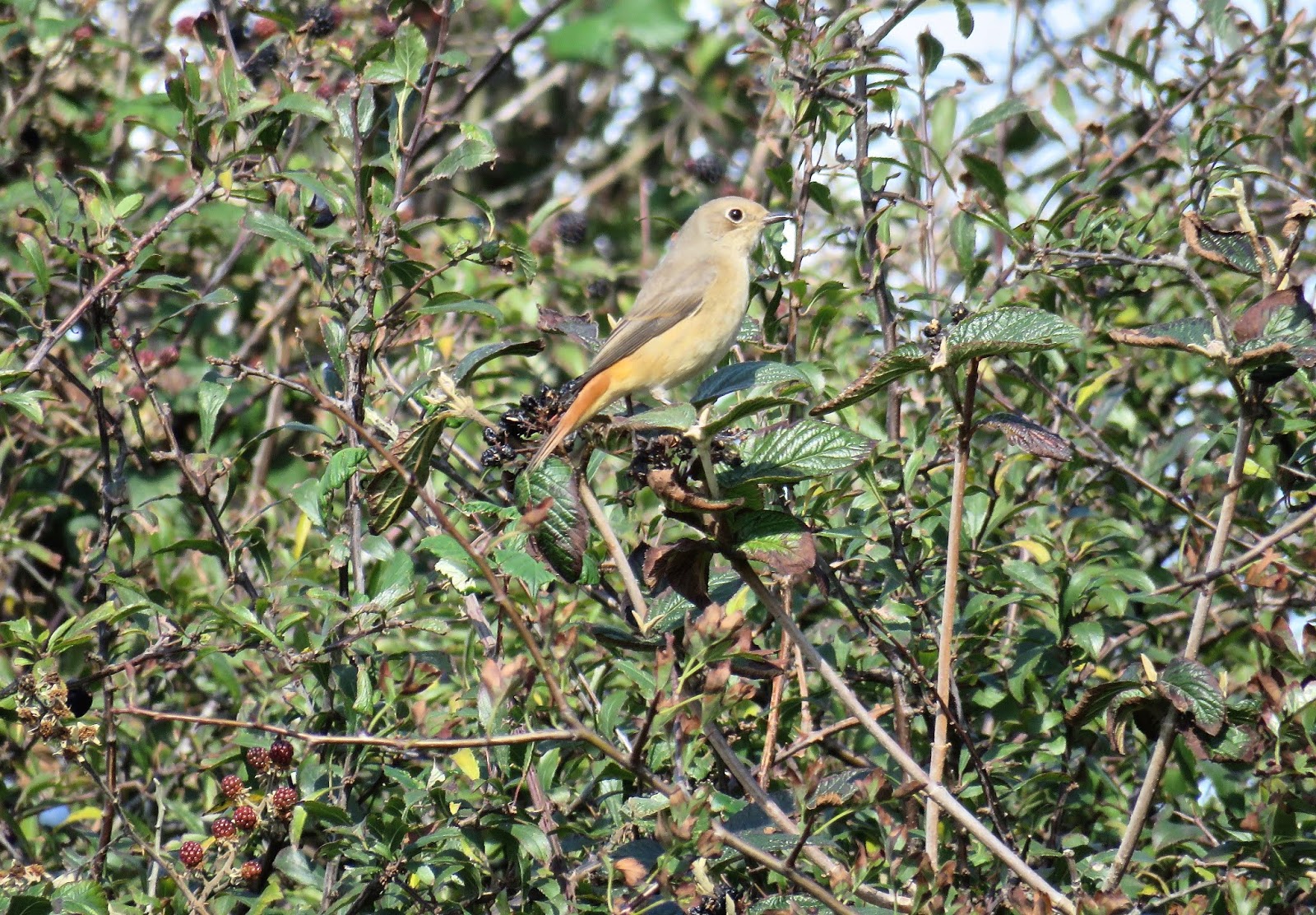 As well as being intensively farmed, the land between the two hilltops is also used to raise Pheasants, the tell-tale grain bins a common feature. This has resulted in there being plenty of game cover strips, lovely weedy areas that our wild birds also find to their liking. One particular area, that bordered stubble and Kale, held 200 Linnet, 150 Goldfinch and 14 Corn Bunting.

On arrival at Cissbury it was soon obvious that there were plenty of migrants on show, including two 'bird waves' comprising c30+ warblers apiece, with attendant flycatchers and Redstarts. My totals were: 2 Tree Pipit, 2 Whinchat, 3 Wheatear, 16 Common Redstart, 15 Spotted Flycatcher, 9 Lesser Whitethroat, 9 Common Whitethroat, 55 Blackcap, 50 Chiffchaff, 7 Willow Warbler and 4 Yellowhammer. In bright, warm sunshine, the four hours spent here was a delight.

Back across the bridlepath to Chanctonbury I found that the birds had woken up, not in the same number as Cissbury, but including two Wheatear, a Pied Flycatcher, a Tree Pipit and a further four Spotted Flycatcher (below). Most of these were haunting an area of felled (and dead) trees at the top of the hill. Today's combined total of the latter species most probably more birds that I have seen over the past five years. 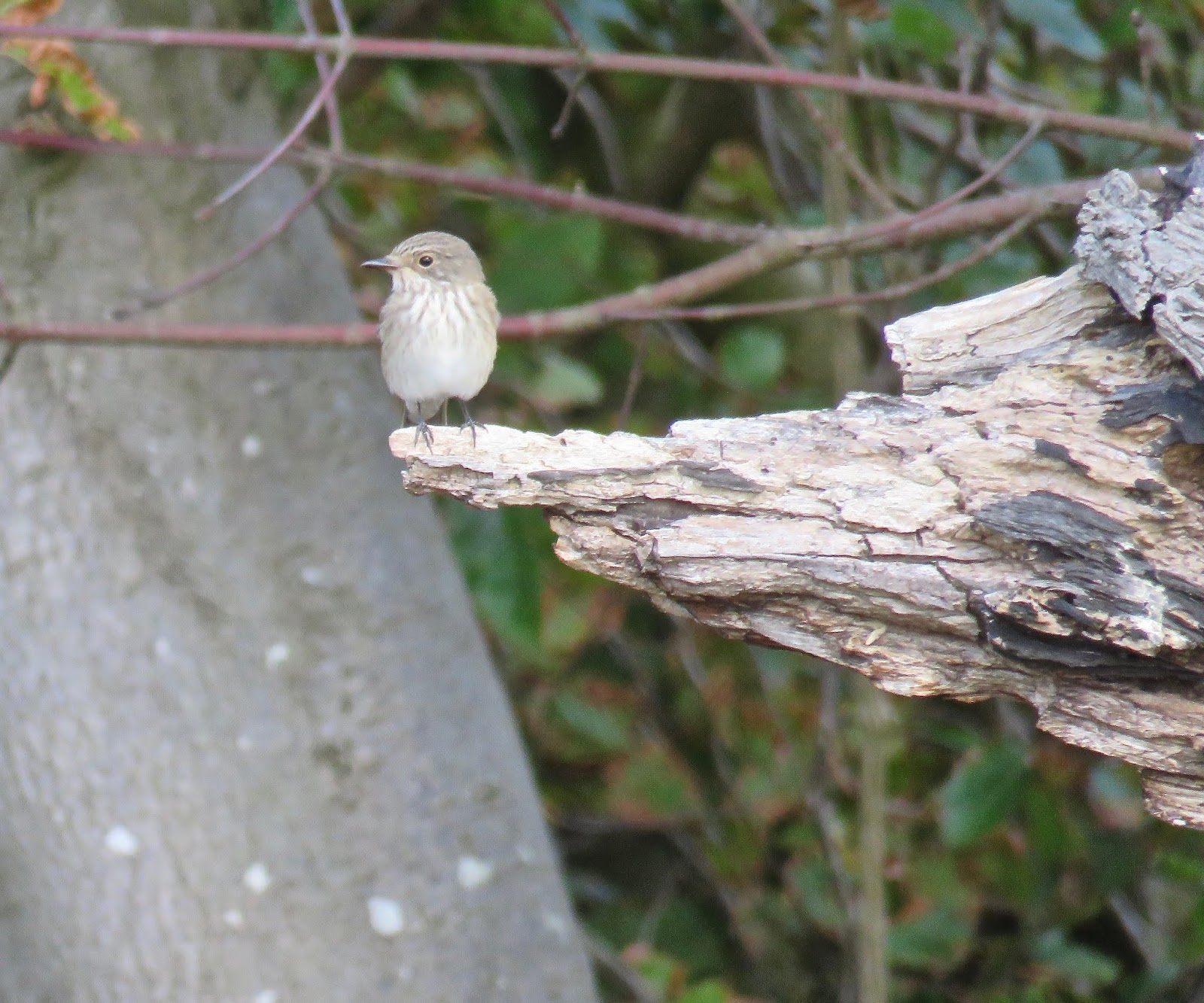 One sad note was the state of the ash trees at Chanctonbury - Ash Dieback really is taking a hold (below). 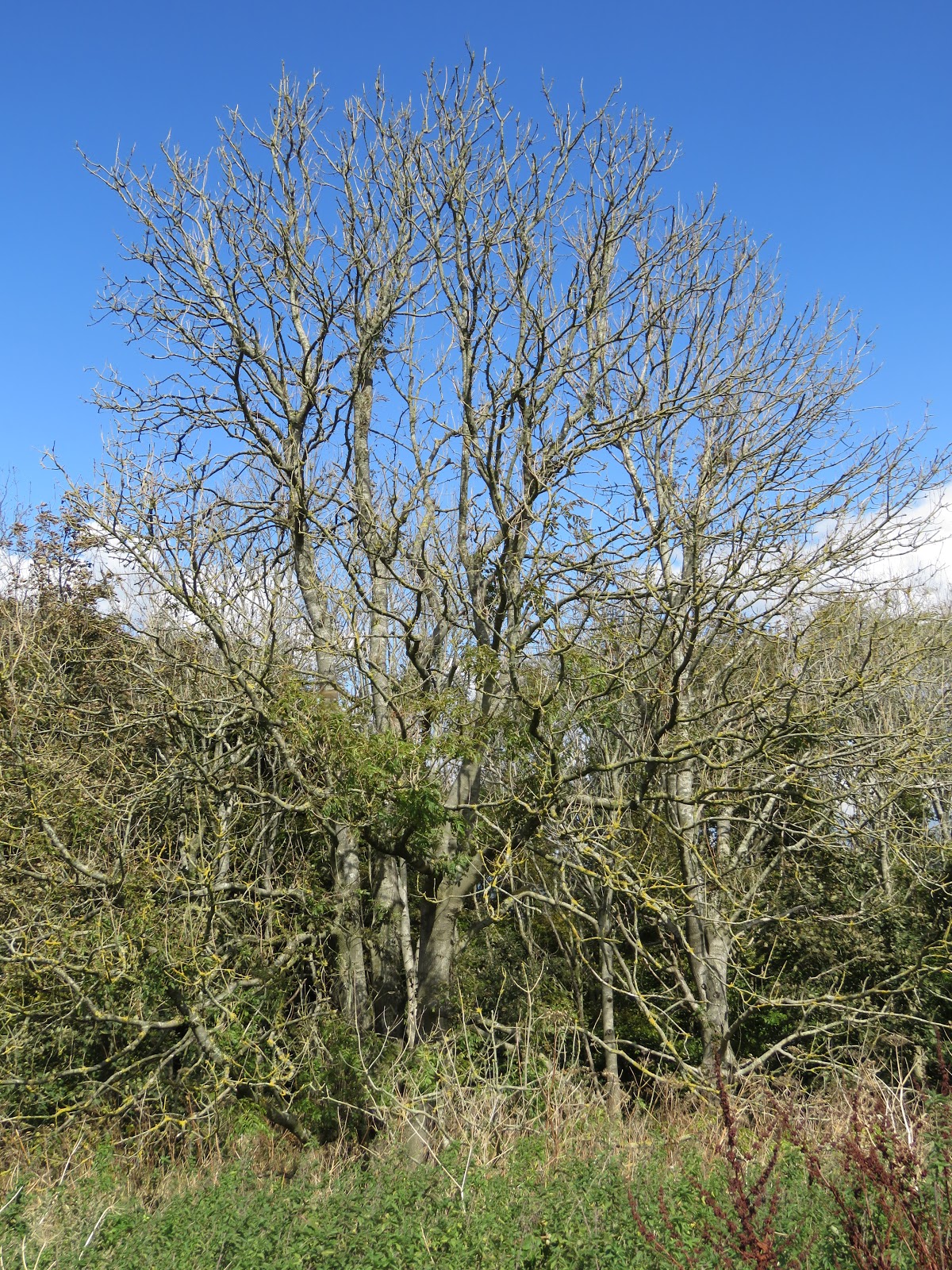 Derek Faulkner said…
Sound like a nice walk Steve and makes a change to see someone noting one of the benefits that game shooting can give to local wildlife, those cover strips will continue to feed wild birds throughout the winter.
2 September 2019 at 06:08

Paul Trodd said…
That is an impressive number of migrants Steve, and it just goes to show what is lurking out there in areas that are rarely visited - 16 Redstarts is about my sum total in 10 years at Dungeness! I have had one or two good autumn days back in the 90`s when I lived on the Chilterns, but never anything like your numbers. Good luck with your next mystery site visit, and I concur with Derek about the importance of game cover strips for wintering birds.
2 September 2019 at 07:29

Steve Gale said…
South Downs blew the North Downs away with those numbers Paul!
2 September 2019 at 14:31

Simon Douglas Thompson said…
So scenic, Notts is very boring in that regard
2 September 2019 at 17:50

Stewart said…
Thats like a fall on Holy Island! More migrants than I've seen all year there, well done.
3 September 2019 at 20:18

Stewart said…
You must have missed a wryneck!