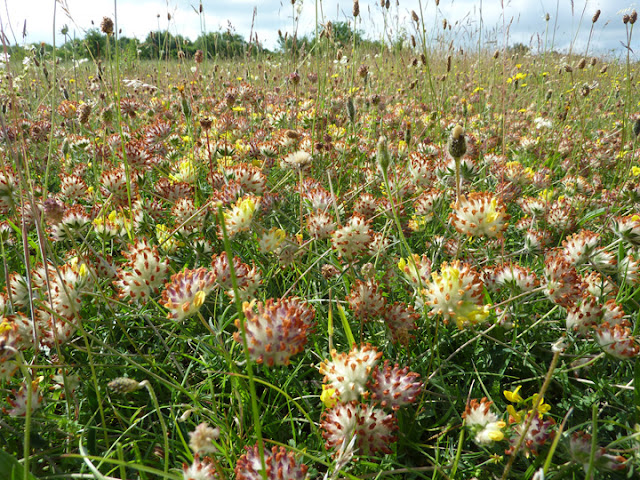 Chalk downland is a favourite habitat of mine, no doubt influenced by the fact that I am surrounded by it. There are certain plants that grow there which are joyous representatives - Wild Thyme, Fairy Flax, Marjoram, Dropwort, Horseshoe Vetch and, in my opinion, best of the lot, Kidney Vetch.

It has the 'yellow and orange' petal colouration that could remind you of Bird's-foot Trefoil (that would undoubtably be found close by), but unlike that plant the flower heads are like pom-poms, all snuggled down on a bed of white fluffy hair. It is the product of a natural history craft fair! Although often found in discrete patches, sometimes it can dominate the short turf, such as that witnessed on Banstead Downs last summer (above). If you do find a lot of it, be on the look-out for the Small Blue butterfly, that uses Kidney Vetch as its foodplant. 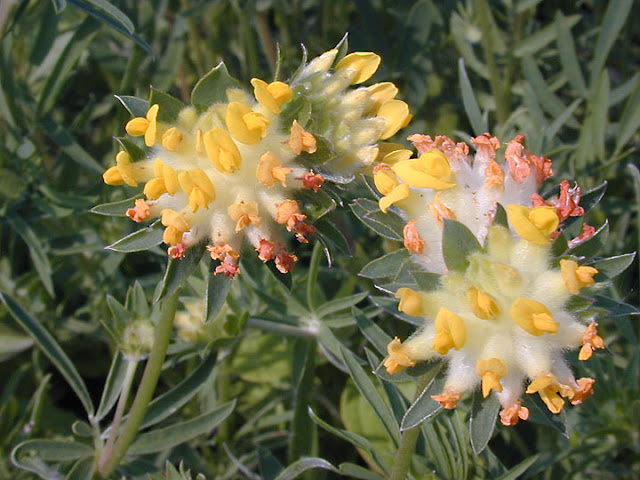 Apparently it takes the 'Kidney' part of its name from the shape of its flowerhead. Pom-pom Vetch seems more apt to me...
flowers Kidney Vetch