Back in the mid-seventies, when we all wore long hair and flared trousers, my first visits to Dungeness were all about birds. Birds, birds and more birds. But a couple of plants crept into my subconsciousness, by dint of having some more enlightened birders close by who also looked at other life forms that did not necessarily possess feathers. One of these species was Nottingham Catchfly. 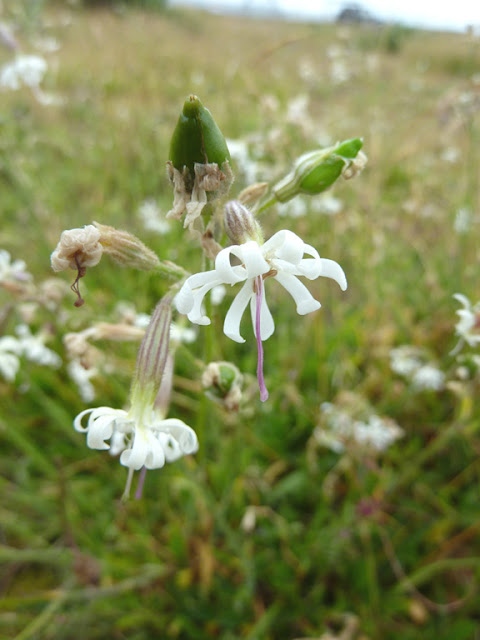 I was told that it was rare and that Dungeness most probably held more of it than anywhere else in the UK, and that is all I needed to know to embrace it as a 'worthy' flower. In time I got to know it well, knew where the best populations were and it slowly became an iconic part of my 'Dungeness experience'. - the shingle would have felt bereft without it.

I spent the summer of 1979 at the Bird Observatory. Back then, during late June and July the peninsula used to be vacated by birders, so there were many days when it was just me at the point (warden Nick Riddiford having gone to study seabirds on the Salvage Islands for a few weeks). These few weeks were blessed with fine weather and the company of my botanical friend, the catchfly. It was in fine form. The banks of the moat were full of it, and each evening, in a sinking golden sunlight, I would wander through it, breathing in the sweet scent that was being released to attract night-flying insects and moths (including the stunning White Spot). Instead it had ensnared me. 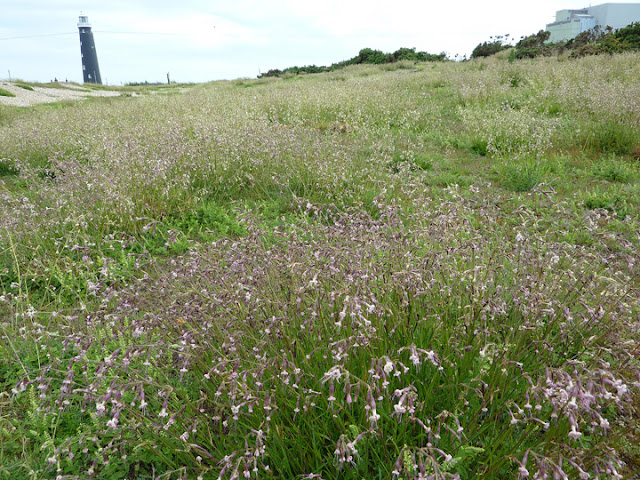 In 2012 I returned to Dungeness, for the whole month of July. Was it an attempt to relive that wonderful time in 1979? Maybe. As luck would have it, that month saw an amazing flowering across the peninsula, the like of which had not been seen before. Nottingham Catchfly was one of those species that were having a tremendous year - great banks of it, taller and lusher than I have ever seen it. I felt as if it were a personal welcome back to the mid-summer shingle. 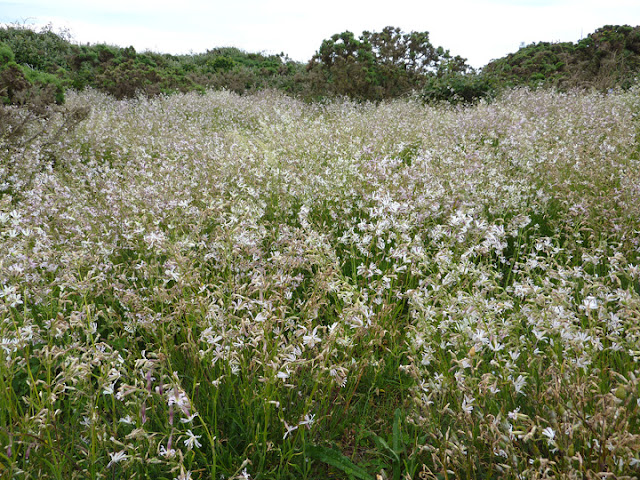 That's a stunner, I like that, although I've never actually seen it. So much better than the White, Red and Sea Campions that we have here on Sheppey.

Derek, I have seen it on the cliff tops at Dover as well.