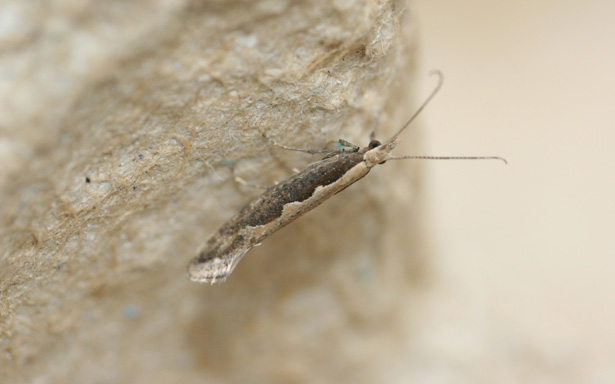 Sometimes a lepidoptera migration event comes along that makes us aware about the vast numbers of individuals that can be involved. Tales of beach tidelines of dead Silver Y's, shimmering clouds of Clouded Yellows and Painted Ladies above grassy meadows, Bordered Straws and Vestals popping up in MV's across the country... they become folklore and fodder for reminiscences for the years ahead. And now we can add to this list the great Plutella xylostella invasion of 2016. This very small, nondescript (until you look at it under a lens) micro moth has arrived on our shores in unprecedented numbers, mainly on the eastern side of the UK, but also well inland.

They have arrived during a spell of dull, wet and cool weather and, so far at least, this movement is not associated with any other migrant species. Better men than me will come up with an explanation for all of this. What is obvious is that there has been an arrival of millions - they are being disturbed in big numbers from grassland all over the place, and MV traps are full of them. My own garden MV here in Banstead recorded 98 of them on Wednesday morning - to put this in perspective, the last time I recorded them in high numbers (1996) I counted 222 between June 7th and August 22nd. Most of mine appeared to be of the pale form (a darker individual is shown above). You can also see from the photograph above why the English name for the species is Diamond-backed Moth.
Moths Plutella xylostella