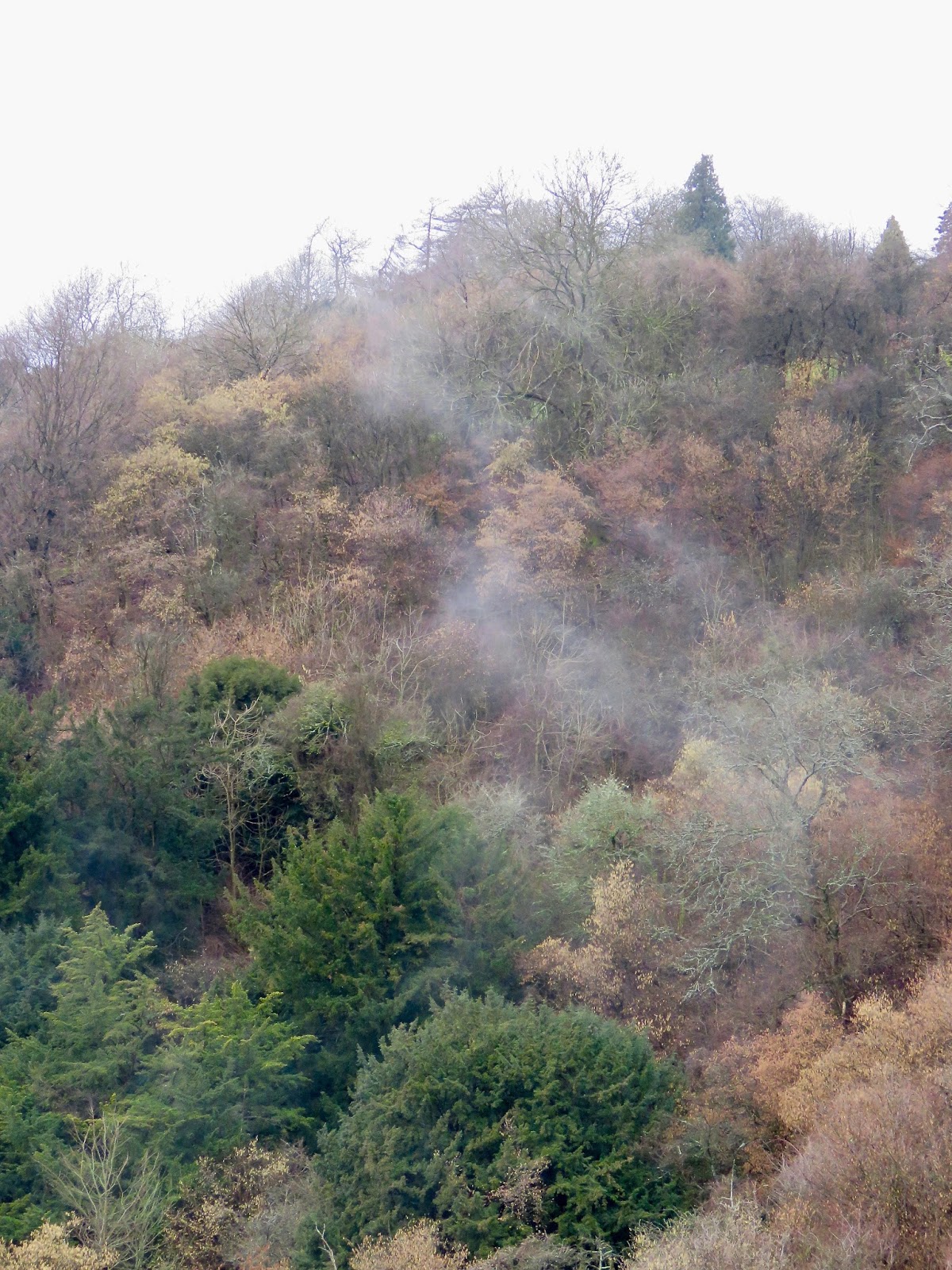 Walking westwards across the muddy, slippery slopes of Colley Hill I spied smoke rising above the distant bank of Yew trees - precisely where I was going in my quest to look for further Hawfinches. I briefly considered not carrying on, assuming that a spot of vegetation clearance was underway, but decided to continue on my journey. A knob of hillside pushes away from the main slope, allowing wonderful views towards the Mole Gap (below).

There was no sign of any smoke now, so I settled down and scanned the ridge of Yew trees for signs of my target - drawing a blank (as I had done at Gatton Park and Reigate Hill). From time to time the puffs of smoke returned and it was then I realised that this was in fact the Yew trees releasing pollen! I cannot recall seeing it being done so profusely (top image). That was reward enough for the morning, although it was small compensation for twice going 'arse-over-tit' on the slope, covering my rucksack, back and derriere in some of Colley Hill's finest gloopy mud. A bucket, sponge and washing machine were called into action on my return home.
Colley Hill pollen yew

dmcjournal said…
That pollen release must have been a sight to see.