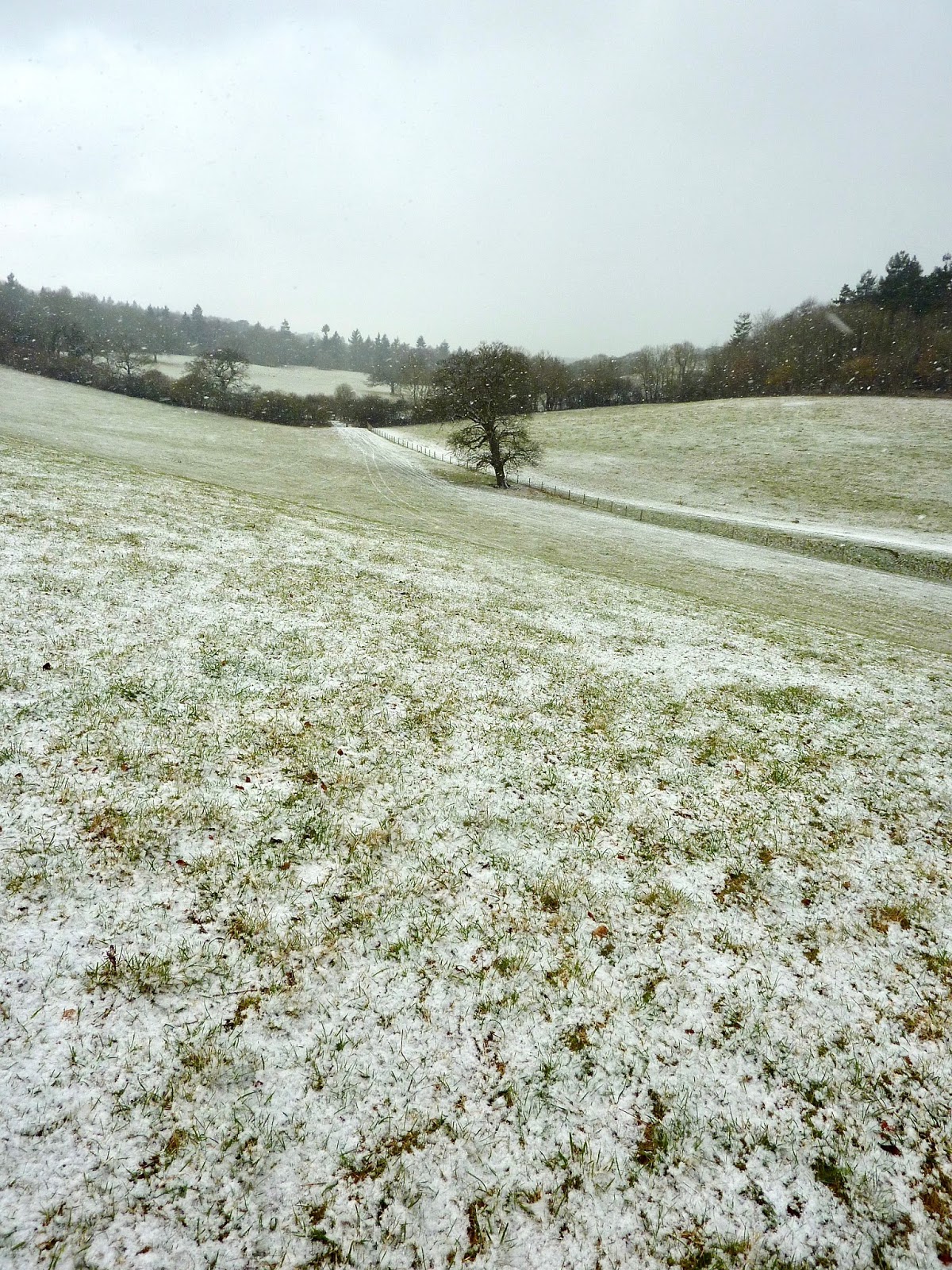 With the weather forecasters strongly suggesting that we could be in for a week of snow and ice, I felt duty-bound to get a Hawfinch count in before 'Snowmageddon' was let loose upon us. I arrived at Bramblehall Wood at 06.45hrs in a light snow shower which continued, more on than off, for the hour that I was present. The Hawfinches were quite lethargic this morning, with very little movement between the woods and those that were perched up in the tree tops seemed quite happy to stay put. The middle section of the wood was favoured. Of interest, a number of birds arrived high from the west - possibly indicating that they had come in directly from Juniper Top / Ashurst Rough rather than filtering down the slope - they usually arrive at a lower elevation. A total of 260 were present, although I did leave a little early, so more may well have come in after I had gone.

After 3-4 weeks of observing these birds I now feel confident that this early morning gathering is of birds from several roosts. They arrive in staggered groups from differing directions, possibly suggesting that the roosts vary in distance from this chosen meeting place. It is also true that no one particular direction is favoured over another and that no given point of the compass consistently produces higher numbers than any other - it really does vary from visit to visit. Maybe the Hawfinches are changing their roosts, or they are combining to form larger roosts before breaking up again. Where they go after mid-morning is still a mystery, a carbon copy of the 2013 Juniper Bottom flock. Maybe there's a Hawfinch black hole in the neighbourhood.

I had intended to take the rest of the morning wandering across Ranmore Common to try and ascertain just how many Hawfinches are present there, but when I arrived at Dorking Wood the snow became heavier and for the next two hours it just kept falling, making observation difficult. I finally gave up, but not before finding c30 at the edge of the latter locality.

Ric said…
Steve, as the spring progresses, what are the chances some of these birds might stay.
Is it possible for a Hawfinch to fill an ecological niche?
27 February 2018 at 11:12

Steve Gale said…
At the very least Ric I would hope that a boost in breeding numbers will be a by product of the irruption. There's plenty of room for them, our woodland and parkland isn't exactly heaving with birds!
27 February 2018 at 12:07