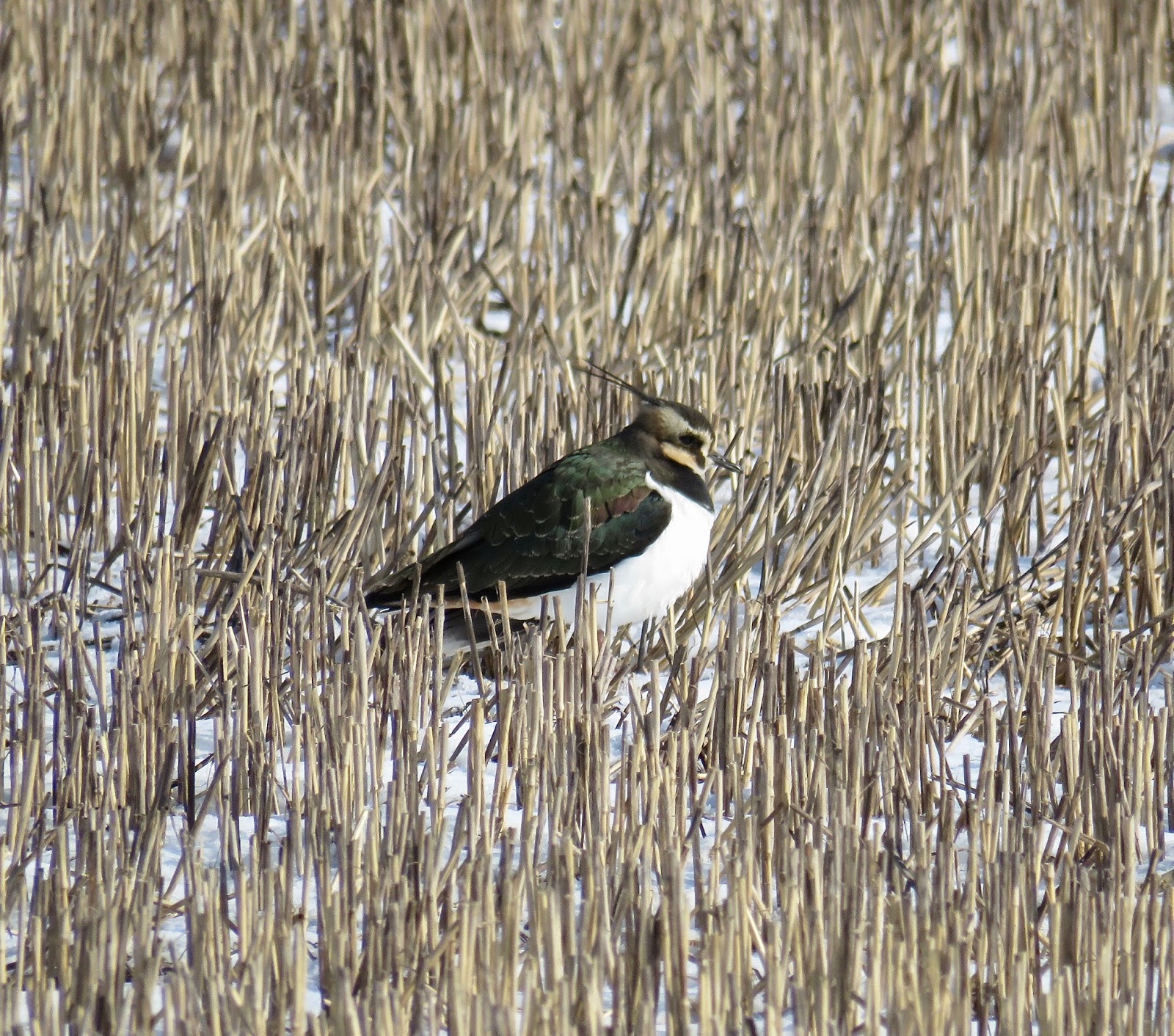 ... and we shall have snow (and Lapwings and Golden Plovers!!)

A bitterly cold four hour sky watch at Canons Farm (between 10.00 - 14.00hrs), was some of the best patch birding that I've had the pleasure to experience. The spectacle of birds on the move is always a winner with me, although counting birds fleeing the cold weather is not exactly a joyous occasion for those creatures involved.

Lapwings were already on the go when I arrived and kept steadily moving until well after 13.30hrs when they died off. My first Golden Plover flock didn't appear until quite late in the morning, but they then had a sudden burst, before dribbling on to the end. A bit of detail (all birds moving S to SW):

The wader counts are most probably modern-day records for the immediate area. Not all birds carried on over - a flock of 8 Lapwing landed in Broadfield East, with 6 Golden Plover doing likewise a couple of hours later, and a single Lapwing (above) briefly stopped in Infront George West (crazy field name!)

Although most of the birds made their way sedately through the air space, some spiralled up high (in particular one group of 25 Lapwings) and the largest flock of Golden Plovers circled the farm for a minute before carrying on with their journey.
Canons Farm Golden Plover Lapwing

Derek Faulkner said…
Very impressed, not by the counts but by you enduring a four hour skywatch today. Attempting that on Sheppey today would of probably seen you in hospital with hypothermia, it was raw beyond belief.
28 February 2018 at 21:20

Steve Gale said…
It was still very cold in Surrey! Taking gloves off to write notes became quite painful...
28 February 2018 at 21:24

Simon Douglas Thompson said…
It's getting worse, although I've been inside too much. My cycling commutes are getting increasingly unhilarious
28 February 2018 at 22:11

Derek Faulkner said…
We need snow ploughs here on Sheppey with heavy snow and much drifting in gales blocking many roads
1 March 2018 at 10:01