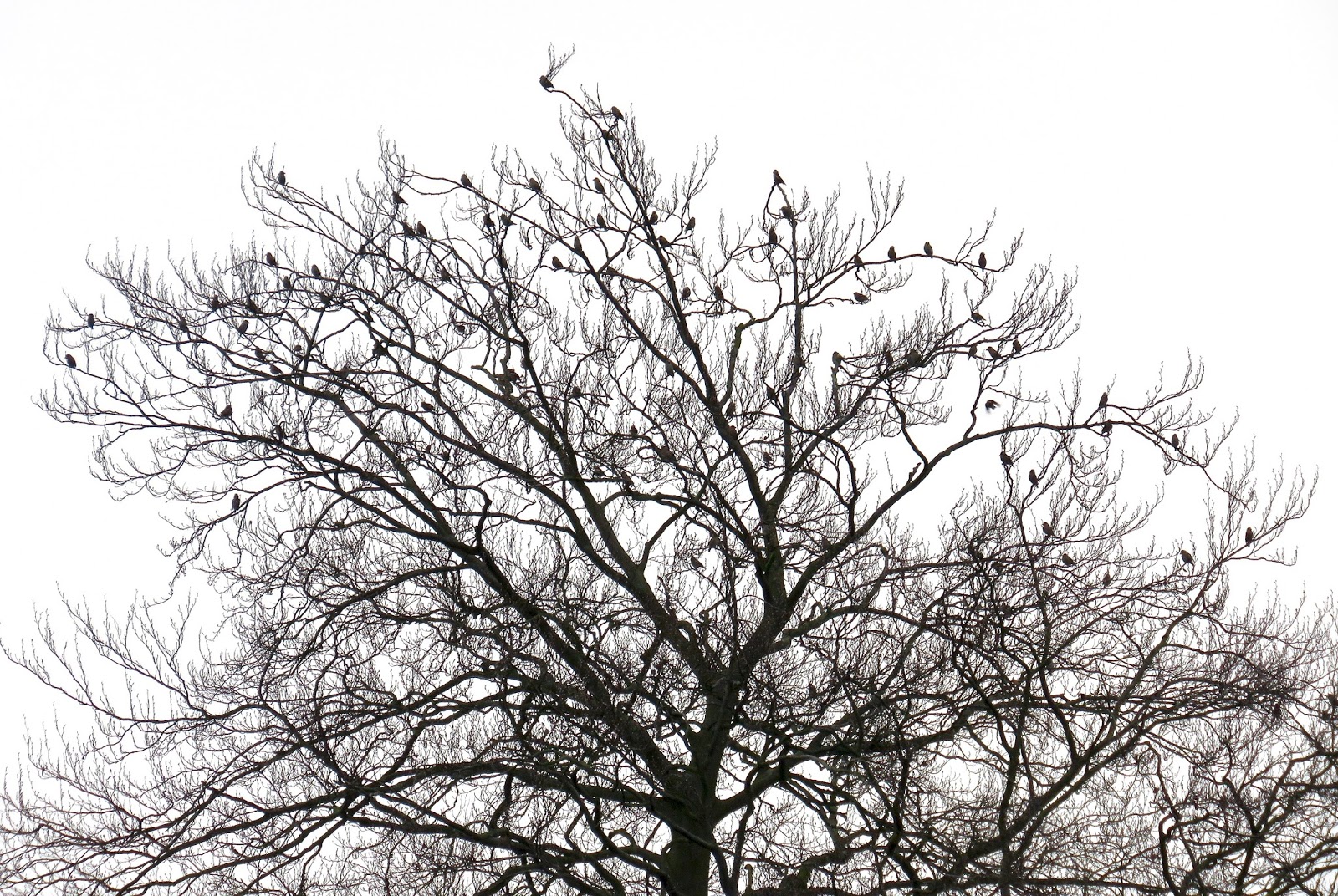 Ric said…
Steve, this is recording of epic proportions.
Disregarding any competitive element to this event, I imagine it's safe to say, you've probably seen more Hawfinches than anyone.
Meanwhile, I'll satisfy myself with somewhat smaller numbers of this somewhat enigmatic species.
13 March 2018 at 15:11

Steve Gale said…
Ric, one Hawfinch on its own is an event, so your own contribution towards the recording of this marvellous spectacle is highly worthy. I may well have seen more than most, but that is down to time and opportunity only. I will miss them when they finally go.
13 March 2018 at 15:25

Simon Douglas Thompson said…
Those things are going to be eating us before the year is out. It's nature reestablishing order.
13 March 2018 at 17:31

Gordon Hay said…
Mieko & I followed the great man's footsteps and found about 130 Hawfinches around Ashurst Rough. A single Crossbill flew over the valley and the first Brimstone put in an appearance. A memorable morning.
13 March 2018 at 17:45

Steve Gale said…
Surely that should be the 'Holmethorpe Thunderbolt' and the 'Redhill Artist' followed in the footsteps of the 'more-time-on-his-hands-than-healthy-birder'
13 March 2018 at 17:49

Derek Faulkner said…
Having never seen a Hawfich and knowing little about them, is not this latest count something of a national record do you know.
13 March 2018 at 19:53

Unknown said…
Steve, I’m hoping to get a chance to come down on Saturday morning. I’m a fairly inexperienced (but very keen!) birder with absolutely no experience of hawfinches and very little experience of going looking for a specific bird in a specific area. This is likely to be my only opportunity and I wondered if you can kindly offer any tips to maximise my chances please? If you’re planning a visit yourself that morning and would be willing to ‘guide’ me that would be fantastic! But any tips regarding timing, location, what to look/listen for etc would be gratefully received.

Steve Gale said…
Hi Pete, my blog post for today should give you some more detail and tips. I'm not sure of my movements this weekend, otherwise would happily meet you.
15 March 2018 at 12:35