Close encounters of a purple kind 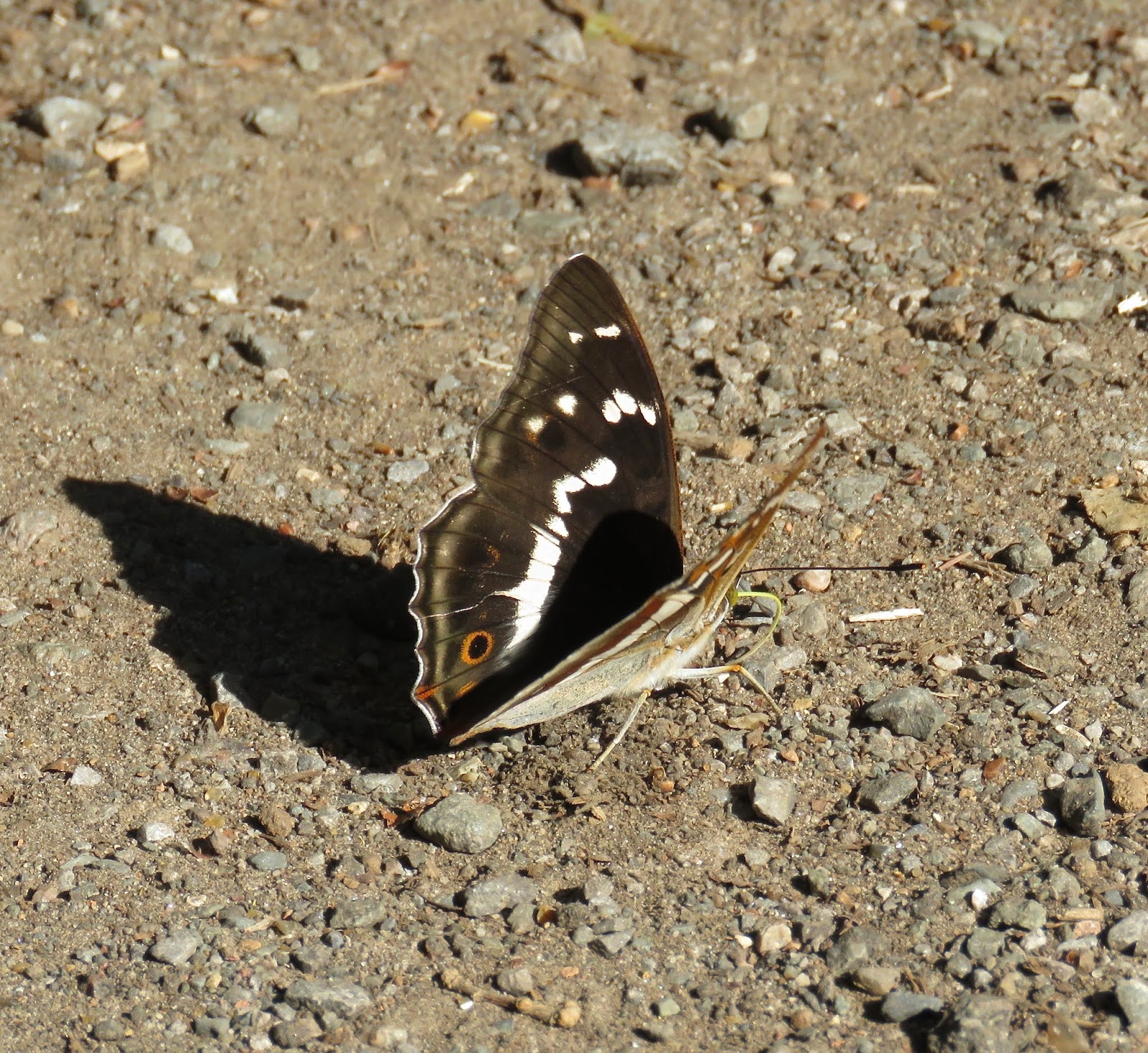 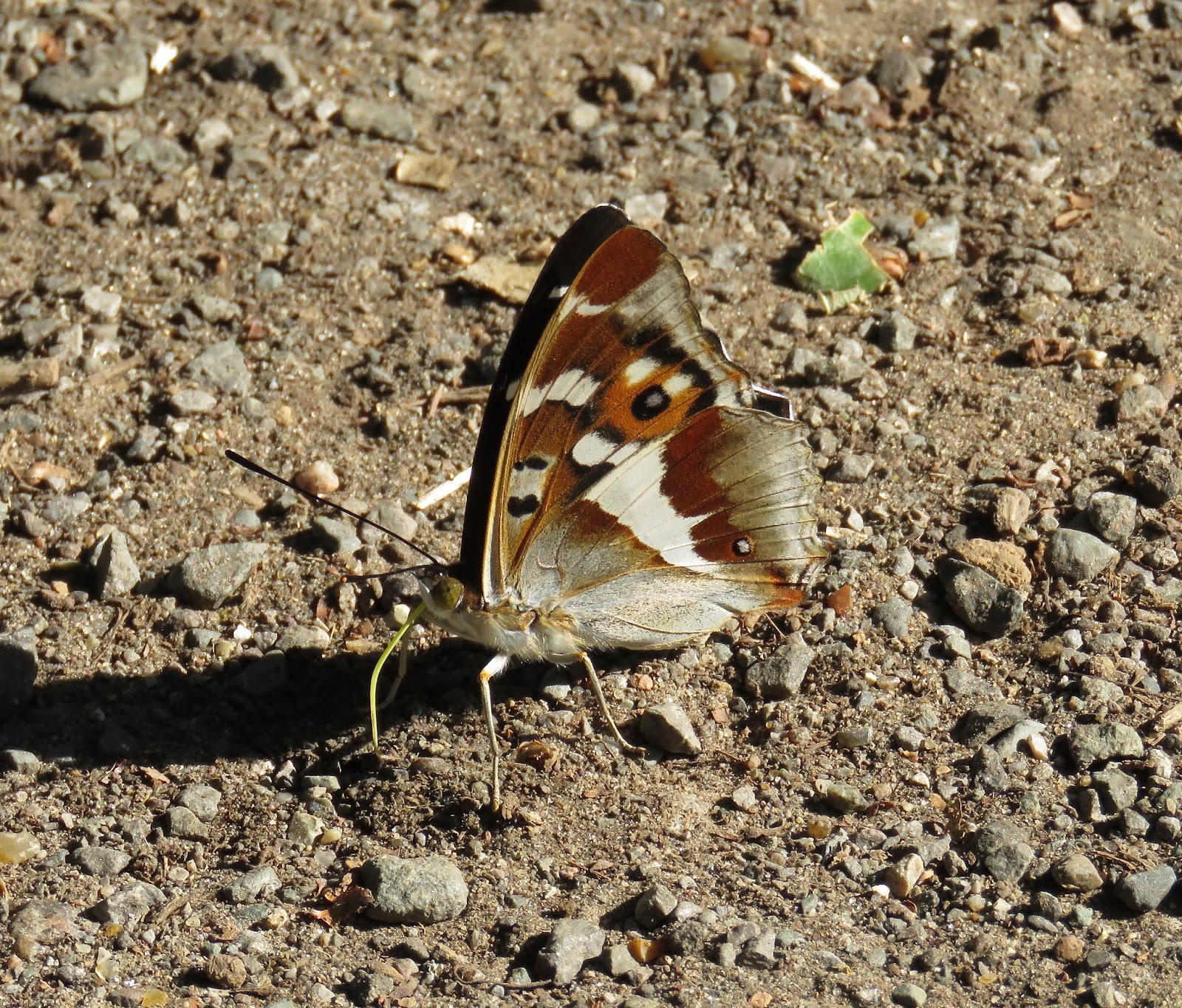 After the delights of Bookham Common yesterday afternoon it seemed a good idea to go back this morning, especially on the off-chance that I might find a grounded Purple Emperor. After parking the car at the 'Tunnel Car Park' (08.45hrs) I set off towards the grove of chosen oaks. I had got no further than 100m when my attention was drawn to the flashing wings of a large butterfly from the track a little ahead of me. I knew what it was before I lifted the binoculars - BINGO!

The male Purple Emperor was at a tiny damp patch on the ground and was quite happy for me to come up alongside and keep it company, taking pictures and even a video (which can be found at the bottom of this post, please excuse the sound of walker's boots on the gravel track). For five minutes it remained in place, ignoring a couple of cyclists, a jogger and a dog pack, although I was urging them all to give us a wide berth. It then took flight and alighted a short distance away in some brambles, from which I did not see it emerge. Later in the day (12.30hrs) at least two others were gliding above the crown of the same preferred oaks as yesterday. Soon afterwards a Purple Hairstreak descended from on high and alighted in a shady spot where it remained motionless (below). 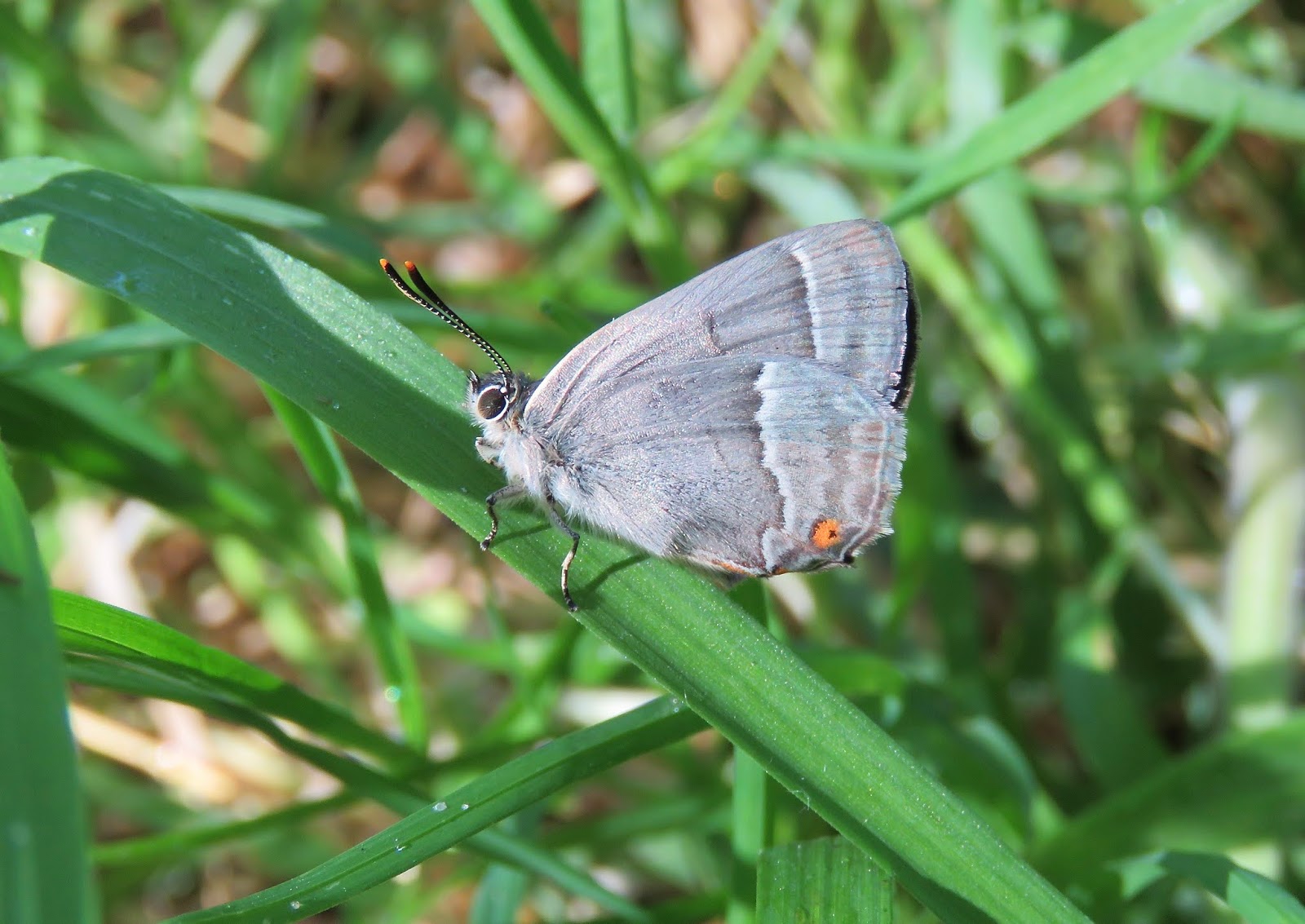 If anything, numbers of Silver-washed Fritillary and White Admiral were down on yesterday, although today the heat was more oppressive and what butterflies were on the wing were very skittish. I did see a single White Admiral that lacked the white bands, but not well enough to give it a match to any named aberration.

I'm just back from seeing my own Purple Emperors. Top of Ruislip Woods in their regular patch. Two having a discussion fifty feet up.
Yet to see one at ground level. Next few days if I'm lucky.
25 June 2020 at 15:01

Steve Gale said…
Thanks Ric and Gav. Bookham Common is a great place to get a mid-Summer butterfly fix, but it is busy. Not just joggers, dog-walkers and cyclists, but other natural historians. Big enough to get away on your own though, many ‘hidden’ rides full of Frits and Admirals.
26 June 2020 at 08:41

Chris Janman said…
It sounds like somebody walked right past without any enquiry about what you were photographing,typical Joe Bloggs ?
27 June 2020 at 16:53

Tim Saunders said…
Thanks Steve -enjoyed the video. Having visited Bookham annually with no success I took a trip out to Chiddingfold Forest on Tuesday. There were many eyes but no emperors, so it looks like it will be another year's wait.