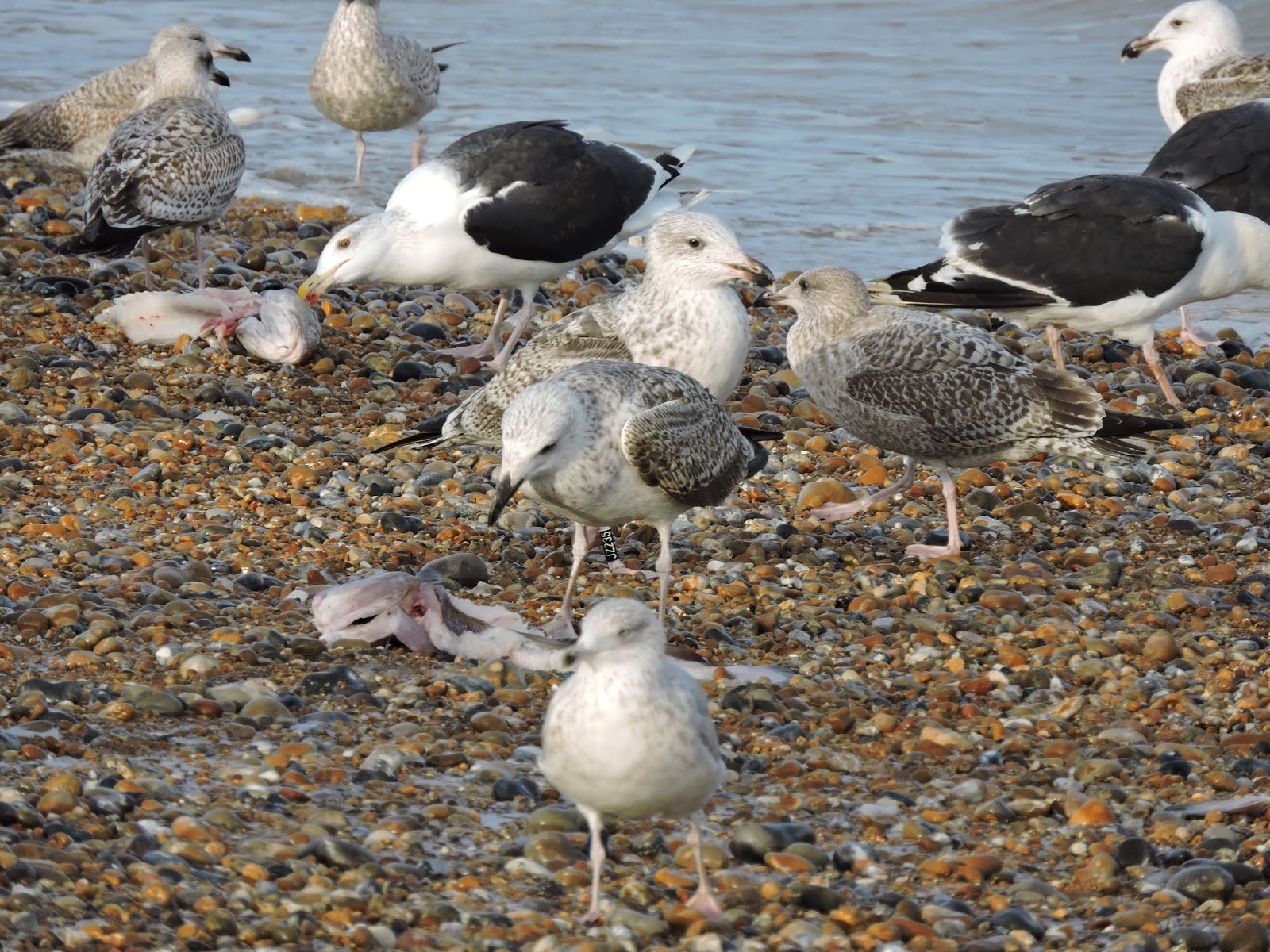 I have tens of thousands of images that I have saved over the past 20 years, some of them dating back to the infancy of affordable digital cameras. I discard most of what I take, keeping just the few that can be thought of as being 'passable'. There are folders within folders on the computer desk top (all backed up, of course, on a removable hard disk) and most of these are of identified species, numbered and dated. Sometimes, especially if I have been away on holiday, or staying at Dungeness Bird Observatory, I will keep everything taken during that trip in its own folder. I have recently been looking through such a folder - this one was titled 'Dungeness, October 2015' - when I came across a series of images taken on the beach while observing Caspian Gulls on the 25th. It was of a group of gulls that had been coming in for fishermen's discards. You can see it above.

I've obviously not looked that hard at it before, because as I worked my way through the gulls, hoping that I might have completely missed something notable, I saw this on a second-winter Great Black-backed Gull... 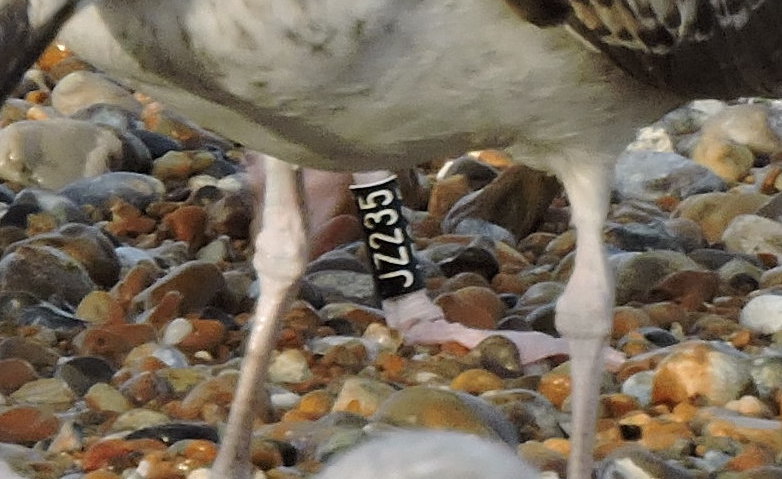 JZ235 in white lettering on a black ring. A quick check on the excellent European Colour-ring Birding website revealed that it had been ringed by the Lista Ringing Group in southern Norway, obviously some time in 2014. I have sent them the details and hope to receive some information in return. Norwegian ringed Greater Black-backed Gulls are regularly recorded at Dungeness, but few of them will have been submitted five years after observation!
colour rings Dungeness Great Black-backed Gull gulls ringing

Dave Boyle said…
I've just had details of 3 colour-ringed Ringed Plovers that I originally submitted over 20 years ago!
21 June 2020 at 10:00