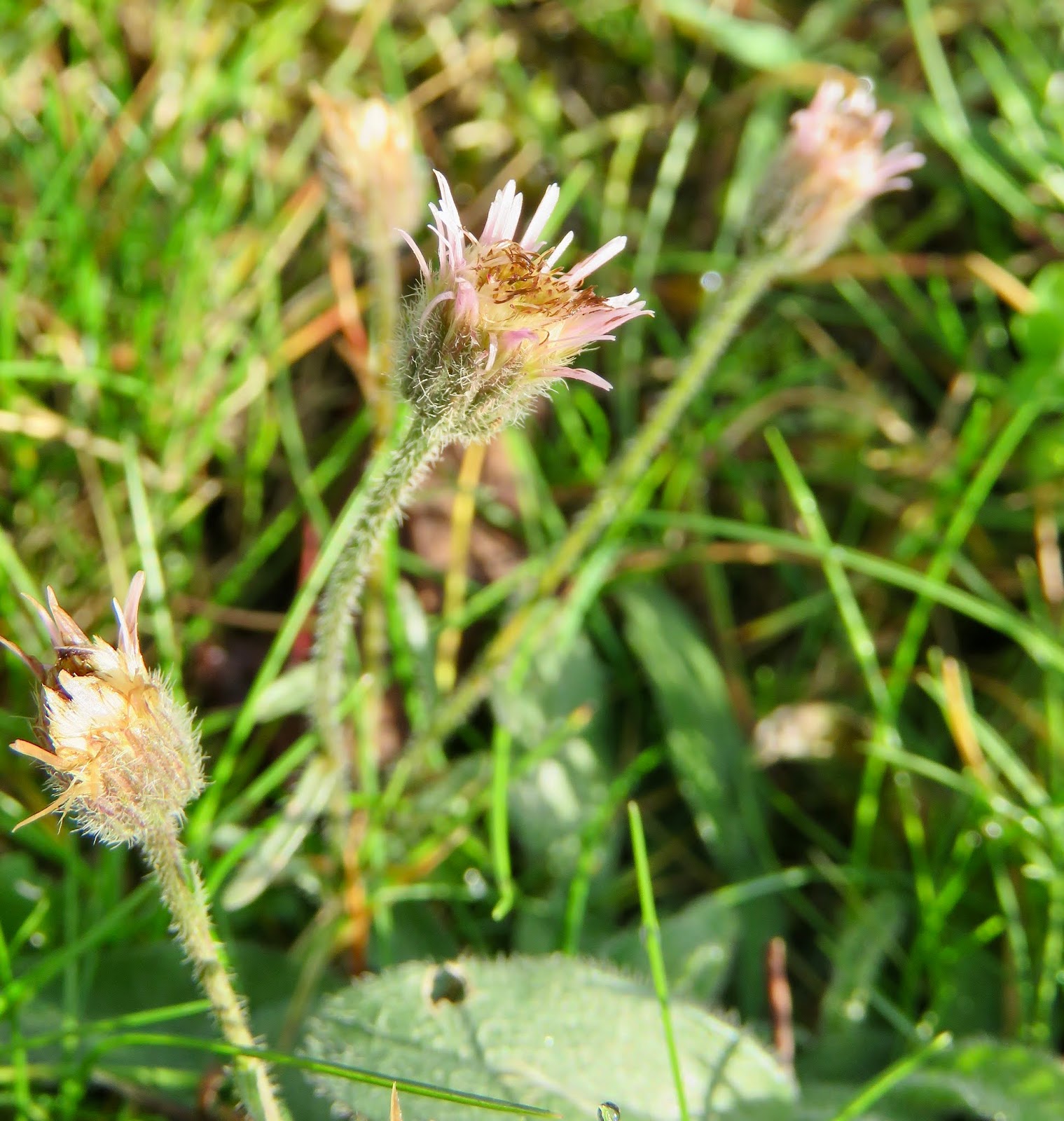 A winter wander into Epsom town centre (approximately two miles from home) was enlivened by my recording of every species of wild (or naturalised) plant that was still in flower -  I do love a bit of aimless note-taking. The plants were mainly found on roadside verges, cracks in the pavement and unkempt flower beds. I managed a creditable 43 species, mostly made up of the usual suspects, but there were a few surprises - a patch of Sweet Violet, a couple of Wood Avens (or Herb Bennet if you prefer), Pellitory-of-the-wall, Sunflower (Helianthus annus), but the best was saved up until the last. As I approached home, and seeing that I had still to record Slender Speedwell, I stopped on the driveway to have a close look at our front lawn. I didn't see any flowering speedwell, but was delighted to spy a small plant of Blue Fleabane that was exhibiting several flower-heads (above). It is a local plant in the area, but to be expected on the chalk nearby. This is the first garden record, and is reminiscent of a single Small Toadflax that appeared in exactly the same spot several years ago.