Another one of those end of year round-ups, part celebration, part blog filler. Today’s post features four invertebrate highlights, all of them either new colonists or species making a comeback. 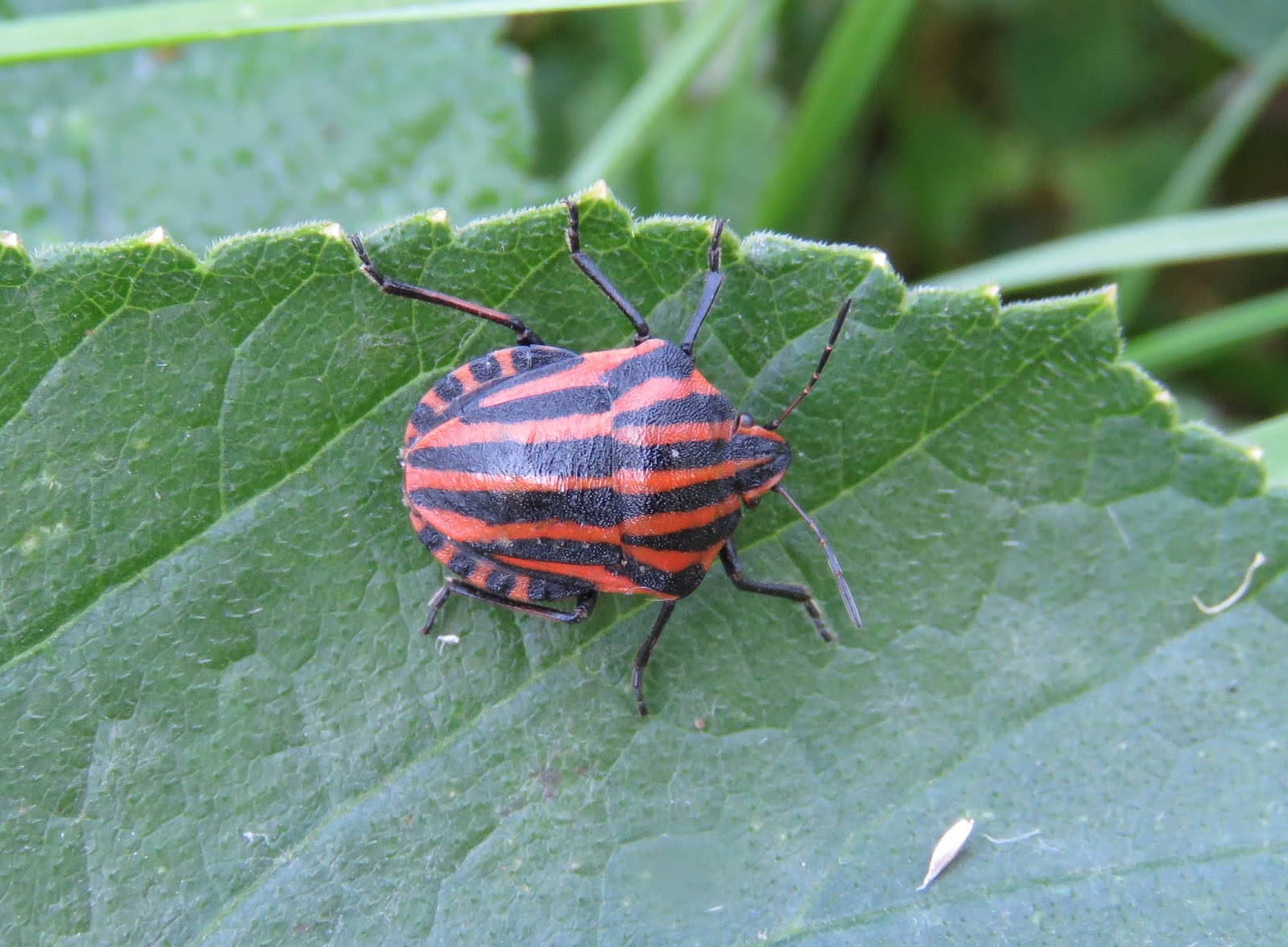 First up is Striped Shieldbug (Graphosoma italicum). In mid-June I’d been tipped off that a specimen had been found close to Banstead Downs, so armed with a grid reference I went in search. My first attempt drew a blank (although see below), but seeing that the site was close to home I went back again on 20th July  - managing to find a singleton before I even arrived at my destination, on Hogweed, on Banstead Downs itself. I was destined to see this species again, in the same general area, on two more occasions, with one being a nymph, (in the company of Graeme Lyons), on 31st August. This shieldbug, found in the Mediterranean region, has been sparingly recorded in the UK. This species appears to be spreading north from its core range. 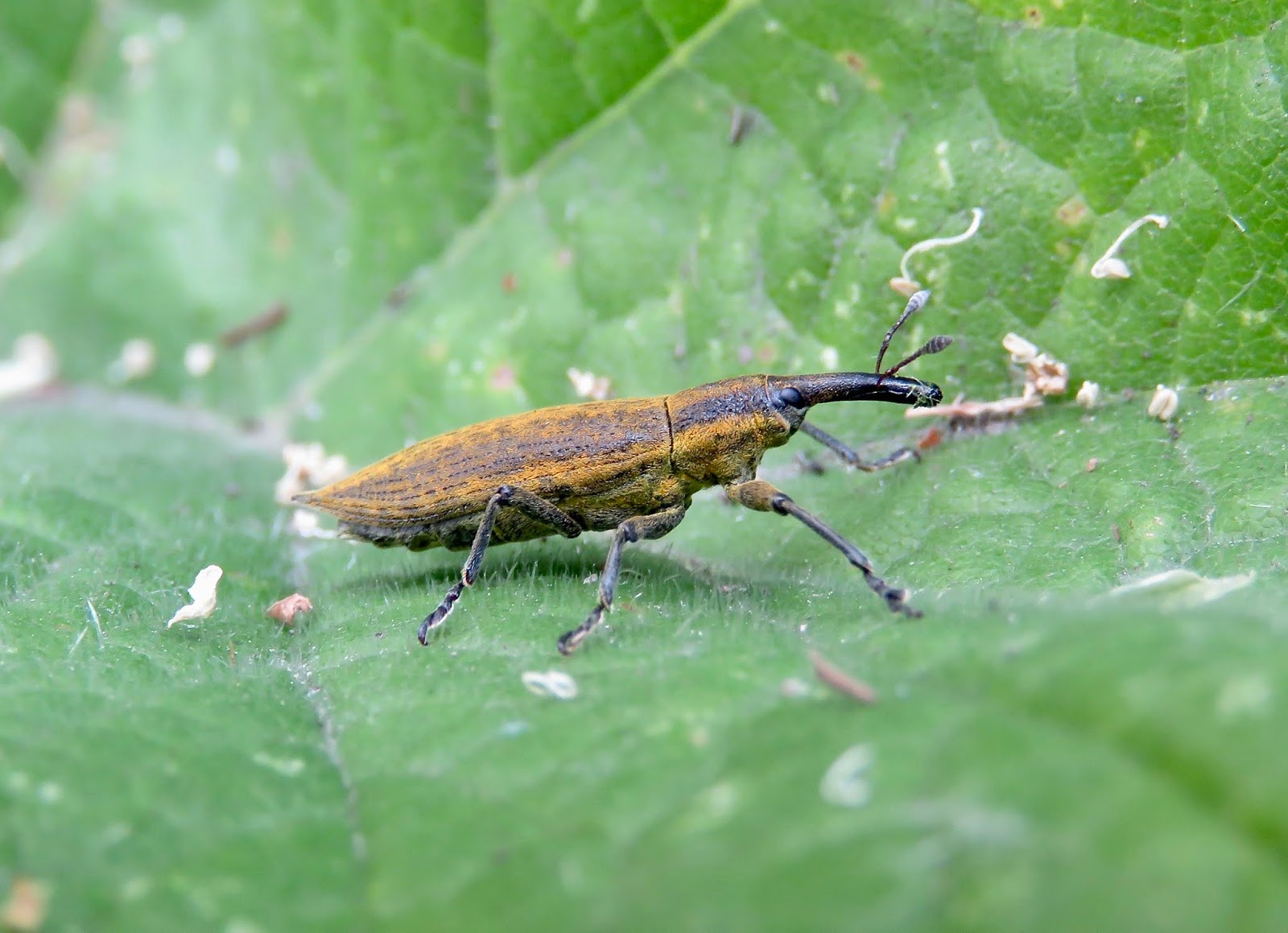 On my initial failed hunt for Striped Shieldbug I came across a most striking weevil. It was enormous for a weevil and quite colourful - a confection of pale carrot, milk chocolate and burnt caramel. I took a photograph in the belief that it would be easy to identify. When back home I struggled to put a name to it, apart from being confident that it belonged to the genus Lixus. The trouble was, all of the species of Lixus on the British list were exceedingly rare. I posted the image on-line and soon received an identification from a couple of experts. It was indeed a Lixus, Lixus iridis to be precise. A further surprise was to find that one of the very few sites where this species had been recorded before in the UK was exactly where I had found it, and just a week previously! I returned several times and found the insect with ease, centred on a stand of Hogweed. Up to seven were found at once and I grew quite fond of these weevils. They varied somewhat, some more orangey, or brown, in colour. Found on the European mainland, there have been a cluster of records across a small area of north Surrey this year. 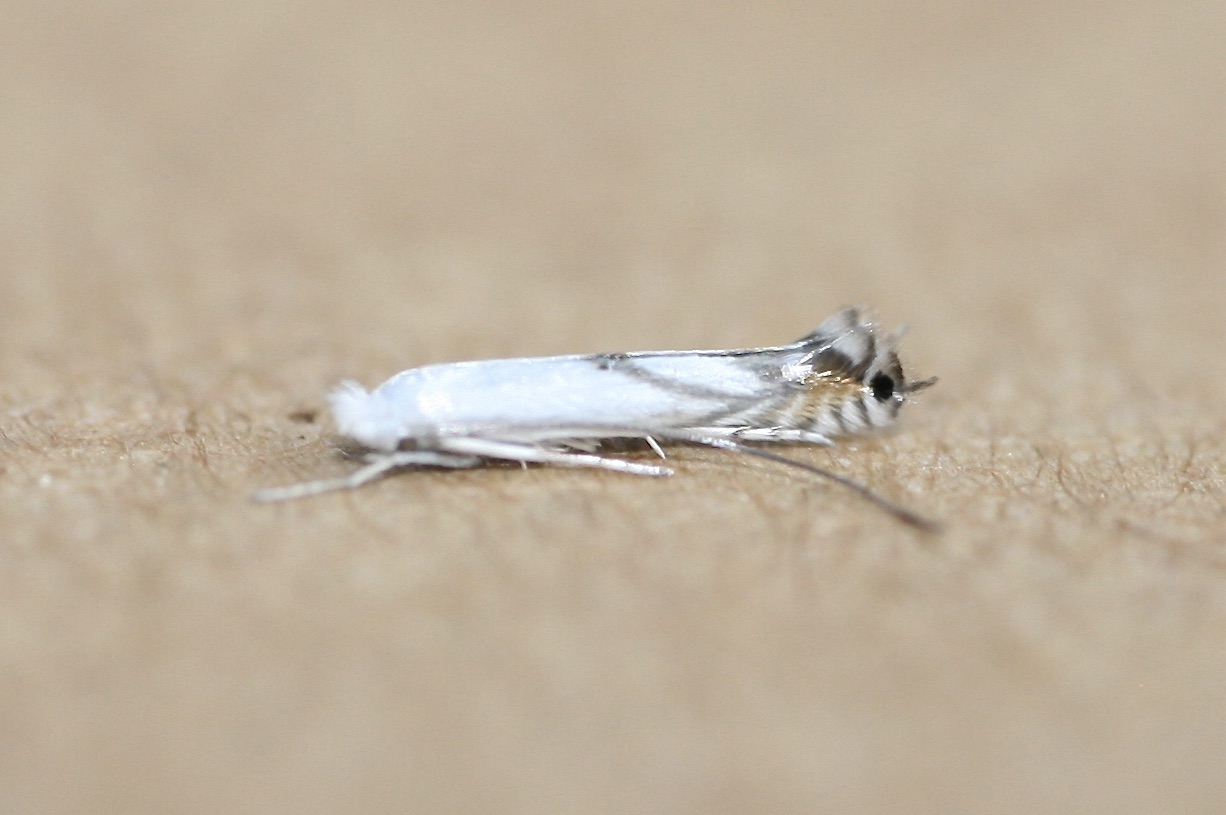 Lyonetia prunifoliella is what this delicate, charming moth pictured above is called. There are several similar looking micro-moths, so when I first saw this individual in the garden MV I could not immediately put a name to it. It turns out that this species has a very interesting history:

"Formerly locally resident in parts of southern and central England, this moth seemed to have died out as a British species, and had not been reliably encountered since around 1900. The first recent record appears to be in 2007, since when it has been encountered with increasing frequency in a number of counties including Dorset, Norfolk and on the Isle of Wight, Hampshire." UK Moths.

The moth is tiny, and the markings cannot be appreciated unless viewed under a lens. The adult moth apparently flies in September, and once again in the spring after overwintering. Where that puts my record - 19th July - I do not know. It looks fresh to me, so maybe an early flier. The larvae feed on, among other plants, Blackthorn and Apple. 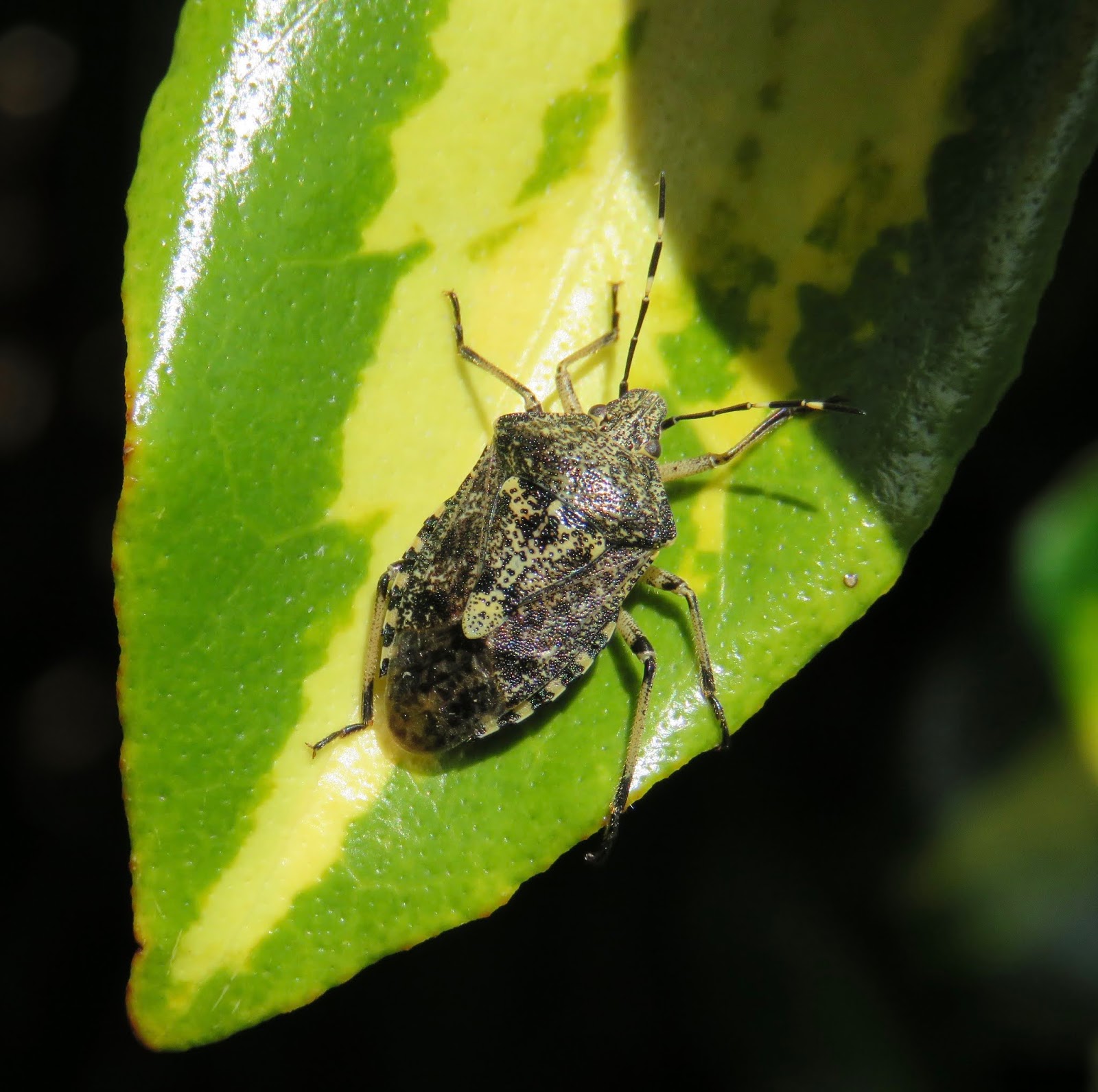 I have a liking for Shieldbugs, possibly because they are obvious and relatively easy to identify. I was therefore pleased to be told by Dave Walker, warden of Dungeness Bird Observatory, that a thriving colony of the recent colonist, Mottled Shieldbug, was on show close to DBO. On the early-October morning that I went to check, a double-figure count was easily obtained. Another species added to the ever-expanding list of colonising invertebrates. It is an exciting and fascinating time to be recording invertebrates. Climate change is without doubt meddling with the distribution of many insects, and us in the south-east are in the right place to welcome the pioneers.

I know you've sometimes claimed in the past to be a bit of a pan-species tourist, but you don't fool me for a second. Those are some incredible beasts that you've highlighted (and I'm wildly gripped by that beautiful walking cigar of a weevil!) Imagine how many 'ordinary' birders or botanists would have walked straight past all of those. Sometimes I do miss living daan sarf.

Thanks Seth, but a tourist is exactly what I am. When you’re next down we can go and look for them if you like.

I hope they're winter active, coz my chances of getting away in the summer are rather few and far between (and it's a long way to go for the weekend!) But if I can, I will - thank you :)

Some great insects there.

Yes, but not your namesake Large Conehead! Maybe next year.