An antidote to this miserable weather 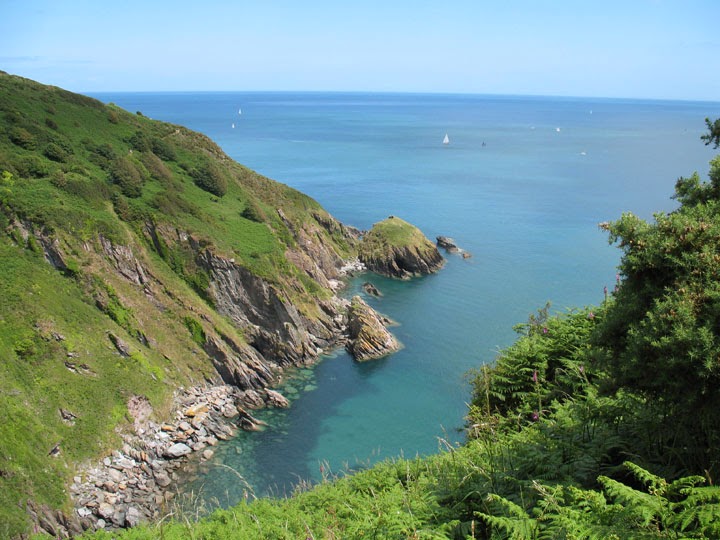 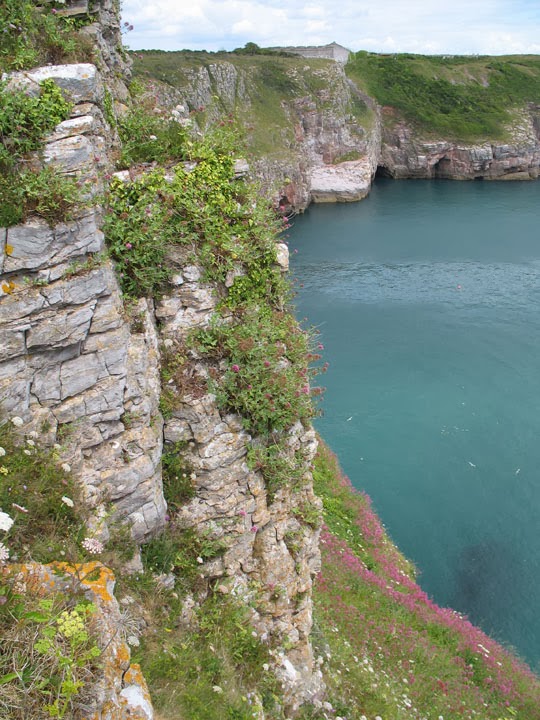 We are currently going through an unsavoury period of weather - even those of us in the cosseted south-east are experiencing winds and rainfall more akin to an outlying Scottish isle.

As an antidote to all of this, and a promise of things to come, I thought I'd share with you a few days spent botanising in South Devon back in late June 2009. The weather was simply perfect - calmness, warmth and sunny skies - and the wildlife played ball so that my many plant targets were largely met. But what was most stunning, and memorable, about my few days was the scenery.

DAY ONE
First stop was Berry Head (left). The cliff tops and faces were a veritable hanging gardens of vegetation, including some national rarities. Small Hare's-ear had eluded me in the past, but on this particular morning I found up to 20 small plants with ease. My self-congratulations were tempered when I found out that the Berry Head population of this tiny flowerer is estimated to be between five and six thousand! In the same general area my eyes feasted upon Honewort, White Rockrose and Lesser Meadow-rue. However, my search for Small Restharrow was drawing a blank. That is, until I met a most helpful warden, who not only told me where to go and seek it out, but took me to the very spot. Beyond the cliff edge was a riot of seabird activity, with the cliffs being home to Guillemots, Fulmars, Shags and Kittiwakes. It made for a most agreeable morning.

In the afternoon I visited Frorward Point (top picture). I'd not heard of the place before and was staggered by the beauty of the coastline here. My walk of several miles was not unduly bothered by plant highlights (I didn't see my target, Toadflax-leaved St.John's-wort), but the scenery more than compensated. Why do we travel to the corners of the earth in search of beauty when we have it all here? I could have been on a deserted Mediterranean isle, so blue was the sea, so clement the weather and without another soul in sight.

I thought that I'd seen the best that South Devon could possibly offer - but I was wrong...
Berry Head Frorward Point weather

Unknown said…
I must visit Froward Point for your Toadflax-leaved St.John's-wort, new one for me! There are quite a few plants for me to try and catch up with in Devon this year.
5 February 2014 at 12:58