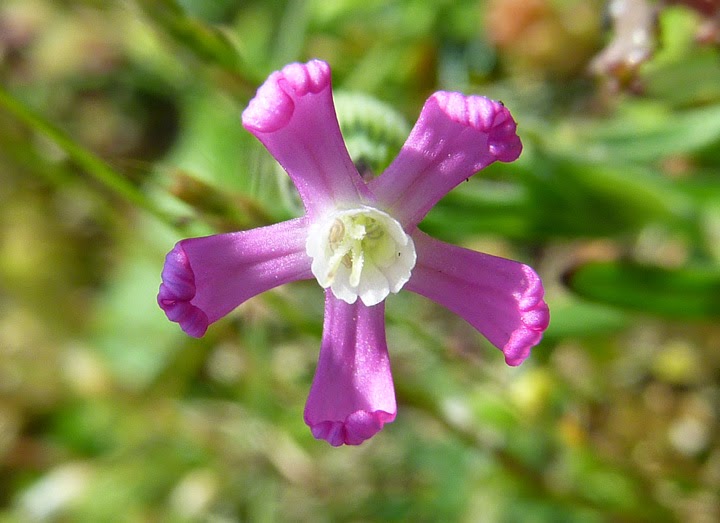 After an evening of football, Neil Young, beer, music, olives, garlic, chilli and pasta (thanks Mark!) this morning needed to be on the tranquil side. A botanical foray was called for and I was joined by Nick and Russell Gardner on a whistle-stop tour of the floral wonders of the peninsula.

The observatory area yielded plenty of Yellow Vetch, Subterranean Clover and Nottingham Catchfly, whilst further out on the shingle there was plenty of Bur Chervil and Small-flowered Buttercup. A small amount of Sea Pea was in flower close to the new lighthouse.

Littlestone was checked for several specialities, although it is stil early for some of them, hence only a few leaves of Sea Holly and no Sea Rocket (although we shunned the best area for this as it was knee-deep in grockles on the beach). Best of all was a fine show of at least 300 plants of Sand Catchfly (above), the raking of the site to encourage seed germination by Owen and his team paying dividends. 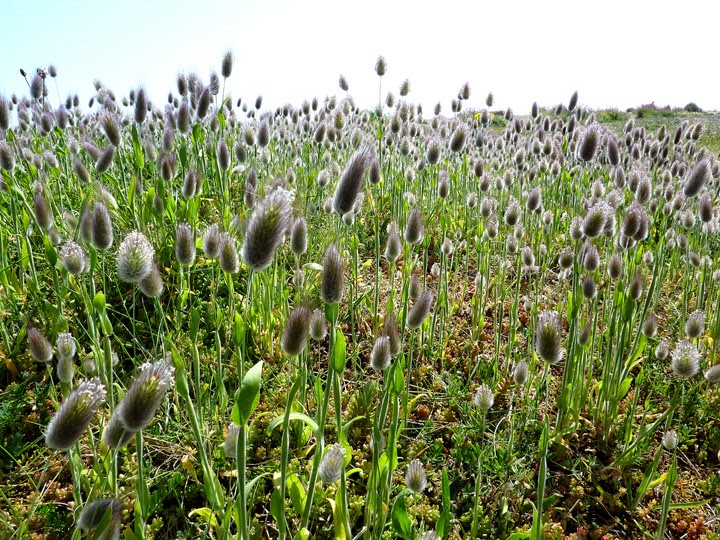 Hare's-tail Grass was putting on a fine show in the dunes. This area will be at its best botanically in a months time, but do it early or on a day not as warm and sunny as today - it really was crawling with holidaymakers.
Dungeness Hare's-tail Grass Littlestone Sand Catchfly

Unknown said…
That's a nice flower that Sand Catchfly. This post has got me hankering to go coastal soon. We also enjoy Hare's-tail Grass at Dawlish Warren but not carpets as big as your image suggests.
19 May 2014 at 22:38