A late afternoon wander over to the 'new' Surrey Wildlife Trust reserve at Priest Hill, Ewell. I haven't been too kind about this reserve in the past, suggesting that it is the UK's first such site dedicated to the preservation and propagation of fencing. However, my two visits this week have yielded some good local birds and, today, a plant tick! Well, I think it is what I think it is.... Dense-flowered Fumitory. The flowers were only 6-7mm long and black-tipped, the leaves were narrow and channeled. To my admittedly un-scholared eye, they look good to me. 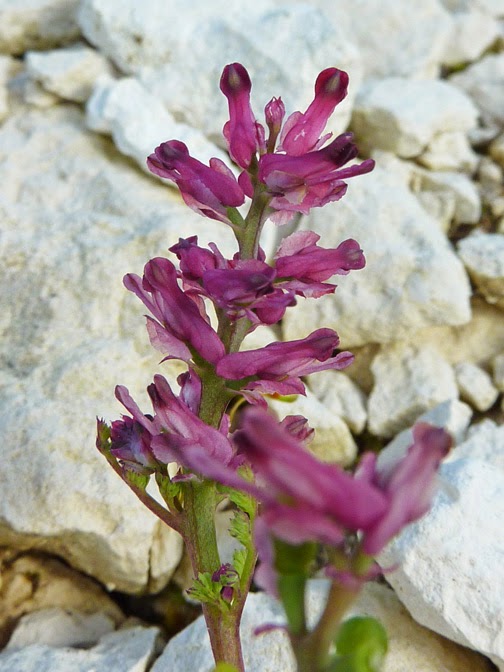 The plants were all found on an area of scraped chalk, where some old tennis courts and changing rooms used to stand. This land used to be part of an enormous municipal school playing field complex, used by various schools of North Surrey and South London. Some time in the 1960s most of it was abandoned, and since then has been the domain of dog-walkers, dirt-bike enthusiasts, teenage smokers and, now and again, a dumping ground for fly tippers. 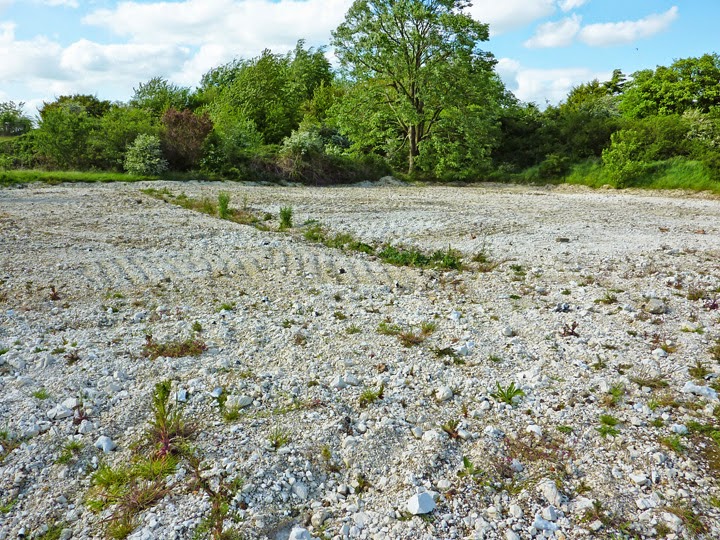 This is one of the areas of scraped chalk. it will be interesting to see what else colonises this 'new' habitat. While I was taking this picture I was being serenaded to by a Lesser Whitethroat.
Dense-flowered Fumitory Priest Hill