The Priest Hill Reed Bunting wintering population goes from strength to strength - there were at least 13 present today, scattered across the site, with the largest flocks being a six and a four. Only two of the birds are males. This is unprecedented for the site and the species is not to be expected away from Beddington and Holmethorpe. Overflying migrants (that usually wouldn't stop), are no doubt being enticed down by the calls of those wintering below. Long may it continue. Also present were two Stonechats, and as you know, I never miss an opportunity to upload another image. This female was particularly tame. 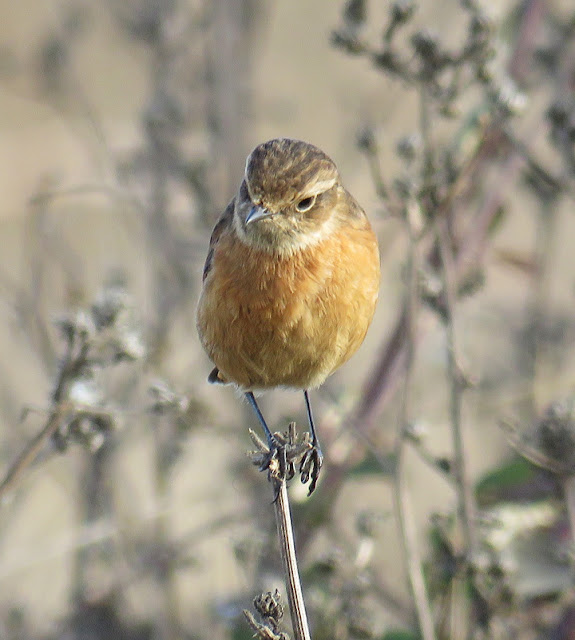 Afterwards I couldn't resist another check on the River Hogsmill at Ewell. The Water Rail was still being faithful to its favoured stretch, where two Common Snipe noisily exited as I peered over the vegetated bank. A couple of Kingfishers were also in the general area. No Little Egret this morning, although this young Grey Heron was most obliging. 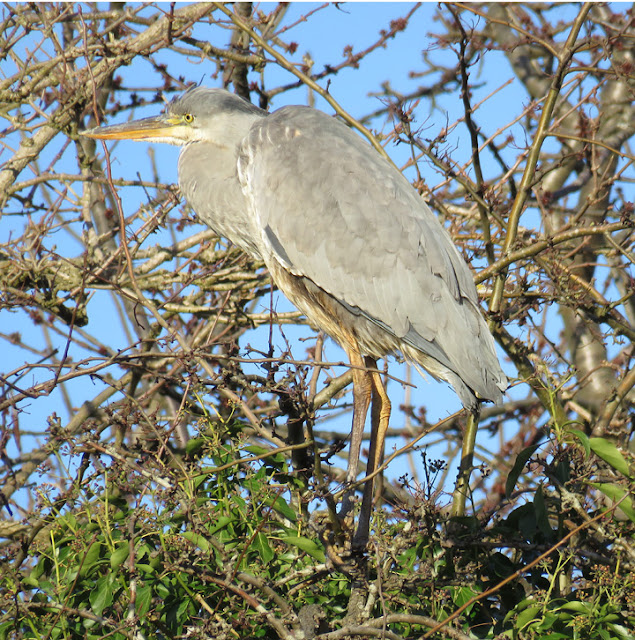 Enviable clarity of shots. Grrr, mine are hopeless by comparison

You should see the many rejects Simon...