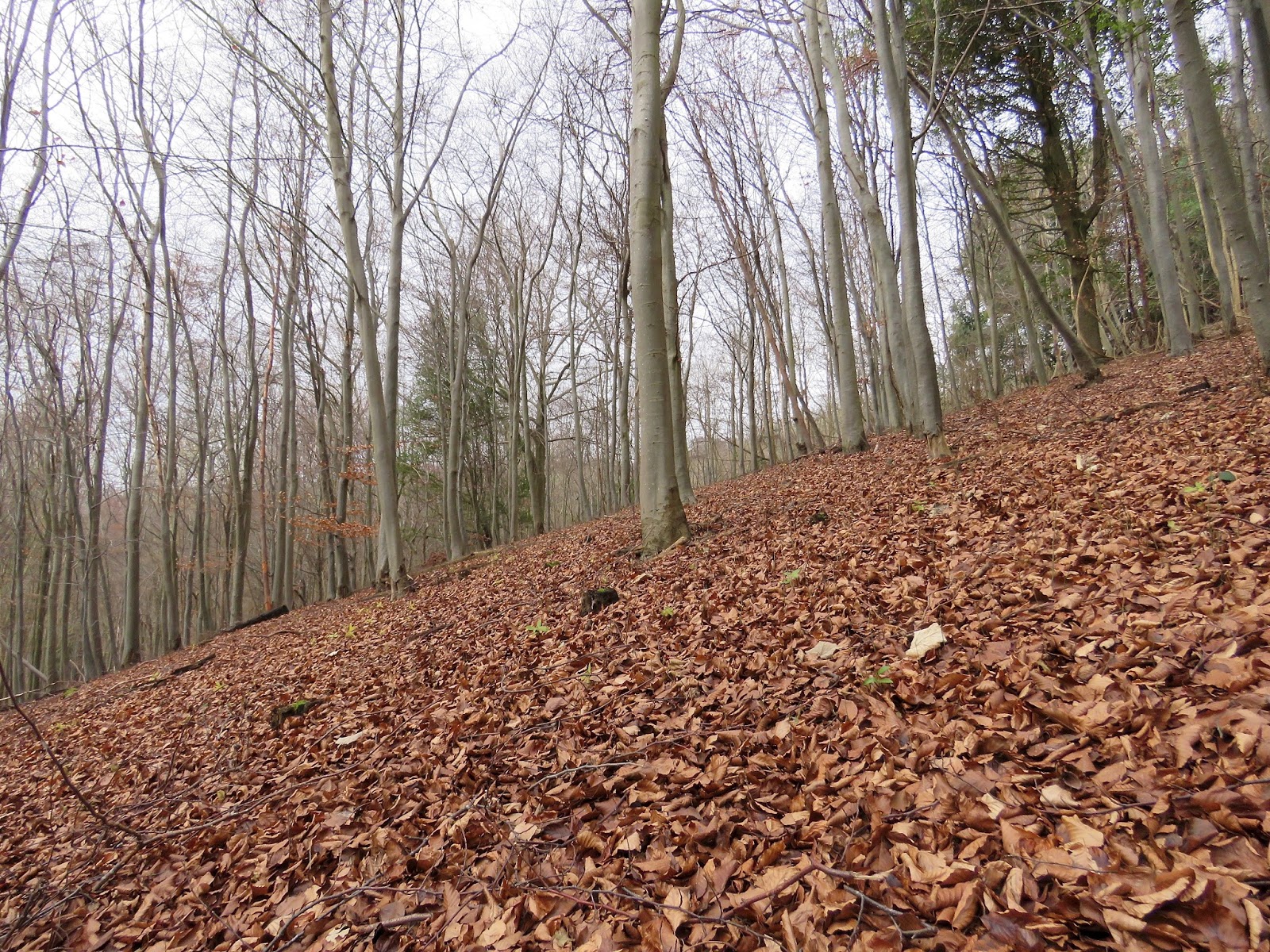 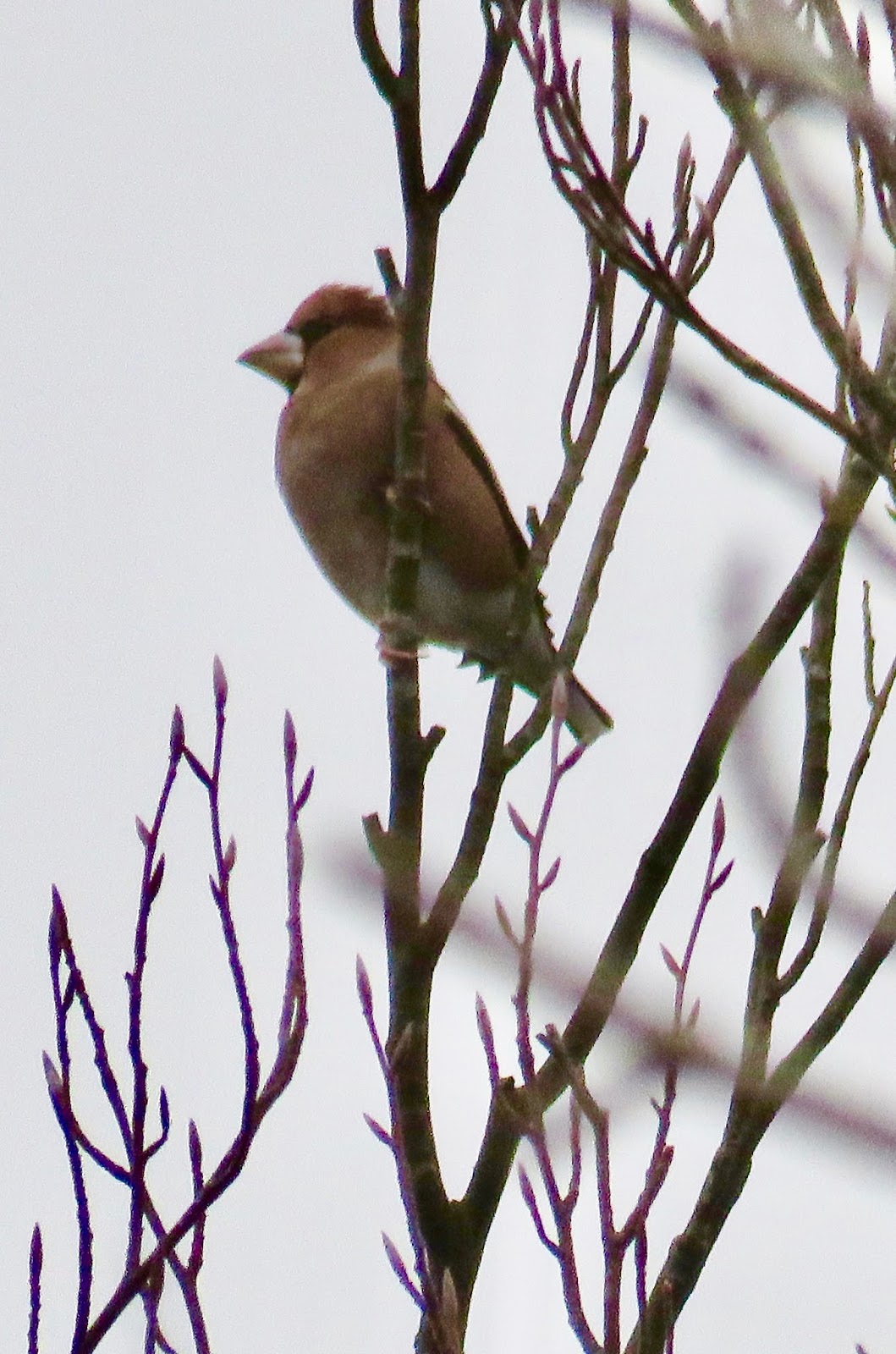 The far side of the Uber-patch was visited this morning, as time was spent treading the steep eastern slopes of Norbury Park. This is a patchwork of habitats, with woodland, copse, meadow and farm being available for exploration - and at 1300 acres, there is plenty to explore. This eastern flank is characterised by beech, yew and box. Birdwise it was very quiet, and if I'm being honest my sole aim was attempting to locate Hawfinches, so my eyes were fixed up rather than down. The net result was a blank all round. However, in Blue Peter traditions, here is one that I prepared earlier (inset)...

It is hard to resist the allure of Hawfinches. I know I bang on about them, but they are like precious jewels when they come along, and the fact that we are feasting on them at the moment does not diminish this in any way. They will soon be gone and their status will once again revert to being that of a prized sighting. By 08.30hrs I was up on Mickleham Downs and quickly located at least 10 birds in the same area that I have seen them over the past week. They were very wary, this not being helped by the busy (and noisy) weekend traffic of dog walkers, cyclists, joggers and walkers. It seemed to me that I could hear them almost continually, a mixture of ticks and sips teasing me from just out of sight. One wonders just how many birds we have lurking in the county.
at January 13, 2018

I agree,there always seems to be more calling than you can see, didn't think I could ever get fed up with them but the constant flow of pics on Twitter and pager messages of a flyover are testing my resolve... help me!

Laurence, I really do feel your angst. I'll nick this idea for a post, thanks!