January 08, 2020
Once upon a time, in a birding world far, far away, if you wanted to take meaningful photographs of birds, then you needed to invest heavily in photographic equipment - camera bodies, various lenses, tripods, film, developing and printing - you needed to start with a small fortune and forgo pure birding and focus almost entirely on photography. In fact, you were either a bird watcher or a bird photographer. In my birding youth there were but a handful of well-known bird photographers, largely shooting in black-and-white, with JB and S Bottomley and Eric Hosking springing most readily to mind.

More affordable equipment, increased leisure time and a swelling in the interest in rarities encouraged a blossoming of 'birders with cameras' at the end of the 1970s and the turn of the 1980s. You still needed to fork out a few bob, but many did so. It became a staple part of a twitch to see these photographers selling their prints of recent rarities, and some of them made a tidy sum out of it (I wonder how much the taxman ever knew?) But, to the vast majority of the birding throng, a camera was not a part of their birding kit. And then digital photography came along...

I happened to be working in the media when we (slowly at first, then rapidly) swapped film and chemicals for pixels. Our office owned several digital cameras and I was able to borrow them from time to time. I didn't take, or even think, about trying to capture images of birds however, my targets were organisms that remained still and that I could get close to - things like flowers, moths and habitat. As technology developed, these digital cameras came down in price and the birding community started to take notice of them. Some bright spark then had the idea of attaching one to the end of a telescope. We now entered the age of the digiscoper! 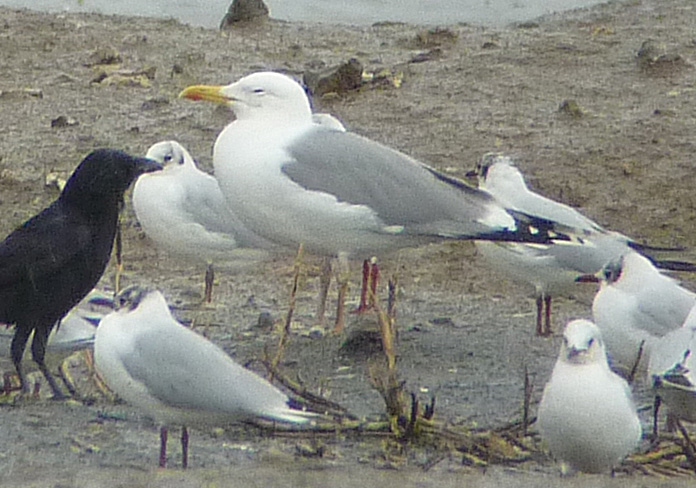 I took the above image, of Gavin Haig's favourite species (Caspian Gull) at Beddington Sewage Farm quite a few years ago now, using a Nikon Coolpix camera which was hand held against the eyepiece of my telescope. The zoom had been whacked up and a certain amount of image manipulating later resulted in a perfectly usable image (if you ignore the softness of focus.) These small digital cameras were great for macro photography (plants, insects) but, unless you combined them with a telescope, poor for birds.

Now we had almost every keen birder wandering around with a compact digital camera in their pocket, some becoming expert at coaxing out tremendous results via various Heath-Robinsonesque clamping set-ups between cameras and scopes. But, as good as some results were, a digital SLR body with accompanying expensive lenses were still the way to go.

At some point in the early 21st Century, the development of a hybrid between compact and SLR cameras gave birth to the 'bridge' camera. It looked more like a DSLR but in 'baby' form. These were, compared to their bigger brothers, highly affordable, and offered their owners zoom facilities that enabled birders to get photographs of great quality. 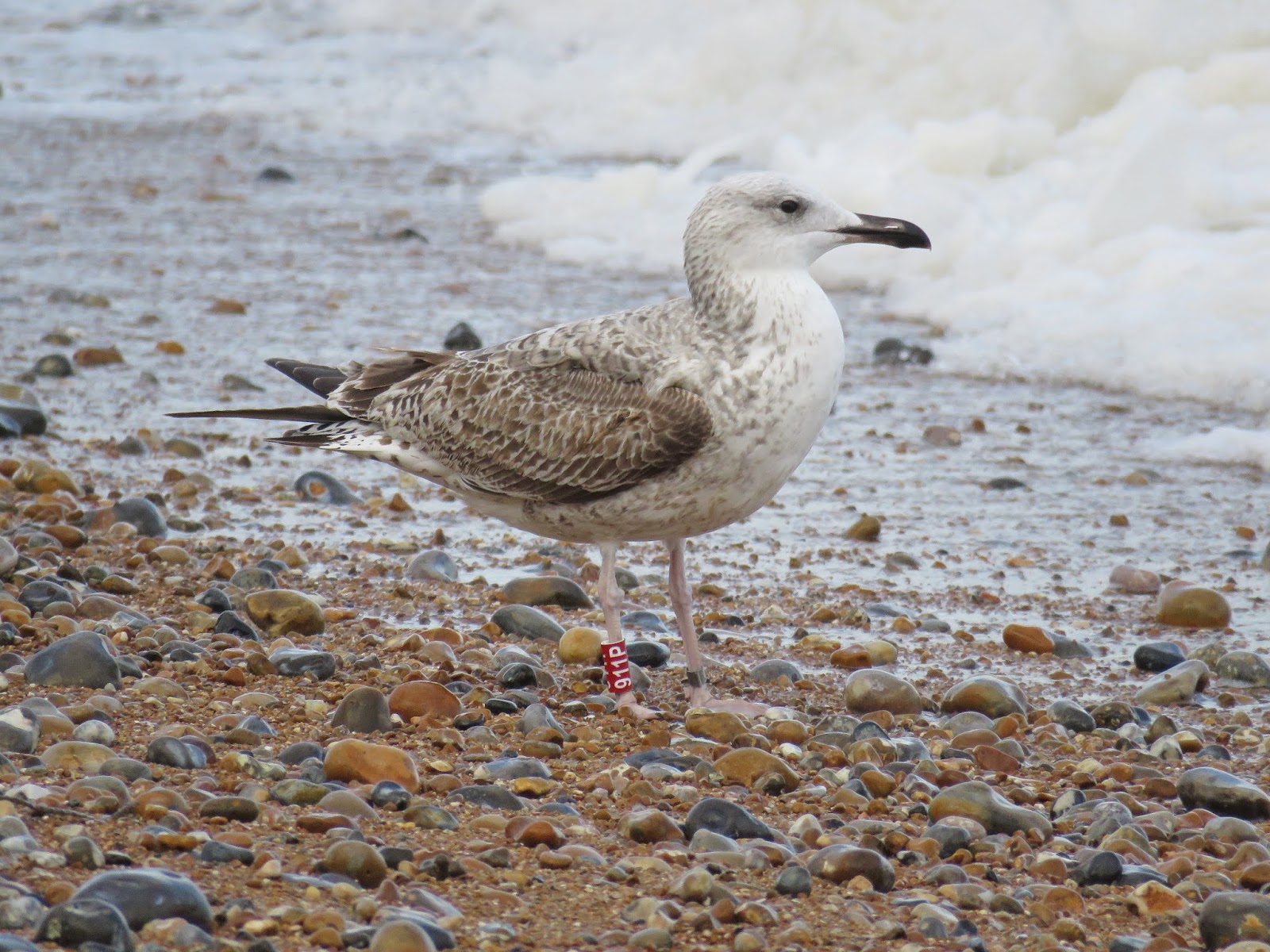 I purchased a Nikon Coolpix P600 with an optical zoom of x60. The difference between the Caspian Gull (above) taken on Dungeness beach with the picture of the Beddington bird is obvious. This image is un-cropped and reveals fine feather detail. When that camera died a death back in 2016 I replaced it with the Canon PowerShot SX60 HS which has an even better 65x optical zoom. They also boast excellent video capabilities. Some of the results are better than I could ever have imagined obtaining (both images below un-cropped.)

The bridge camera market is now offering optical zooms up to 125x - but they are becoming bigger, bulkier and will certainly not fit into a pocket. If you are a birder who carries a bridge camera because you want to obtain easy record shots - rather than feather-detail and beautifully lit works of art - then they do have their limitations. They are not great for capturing birds in flight, or those that are moving quickly through the undergrowth, and will struggle in poor light. You can load custom settings, but if your idea of being a photographer is to be able to point and shoot the camera automatically, then you will have to accept that it will struggle a bit under certain circumstances. For me, to start probing deeper into what the camera could do means that my time is taken away from birding. I'm not a photographer. If I did want to be one then I would aspire to the kind of results that Jono Lethbridge, Martin Casemore and Marc Heath obtain.

I'm a firm believer in enjoying what is before you, using your eyes and ears to take it all in. Living in the moment, if you will. If your first impulse on seeing a bird is to reach for the camera, then you will be missing out on that moment. Of course, if your first impulse is to reach out for that camera, then you are, without doubt or any argument, a photographer!
Caspian Gull Corn Bunting Kestrel photography

Gavin Haig said…
Nice potted history Steve. Since buying my first digital camera in 2006 my birding has had an extra layer of interest, and the Coolpix P900 has taken it all up another notch. Getting photos has allowed me to carry on birding at home, analysing images for plumage subtleties and so forth. In many circumstamces I reach for the camera pretty darn quick, but I'm definitely not a photographer! I have pics of every Axe Casp I've seen, and have no intention of allowing that unbroken run to lapse if I can help it!
8 January 2020 at 16:18

Steve Gale said…
Phorensic birding that used to be beyond us Gav - hours of observation and note taking rendered down to the pushing of a button. There’s a blog post there...
8 January 2020 at 17:12

Skev said…
How on earth did you knacker your P600 in that short time! (I'm sure there is a blog post I missed). Mine still going without issue after 5+ years, though I am tempted to upgrade this year.
9 January 2020 at 18:07